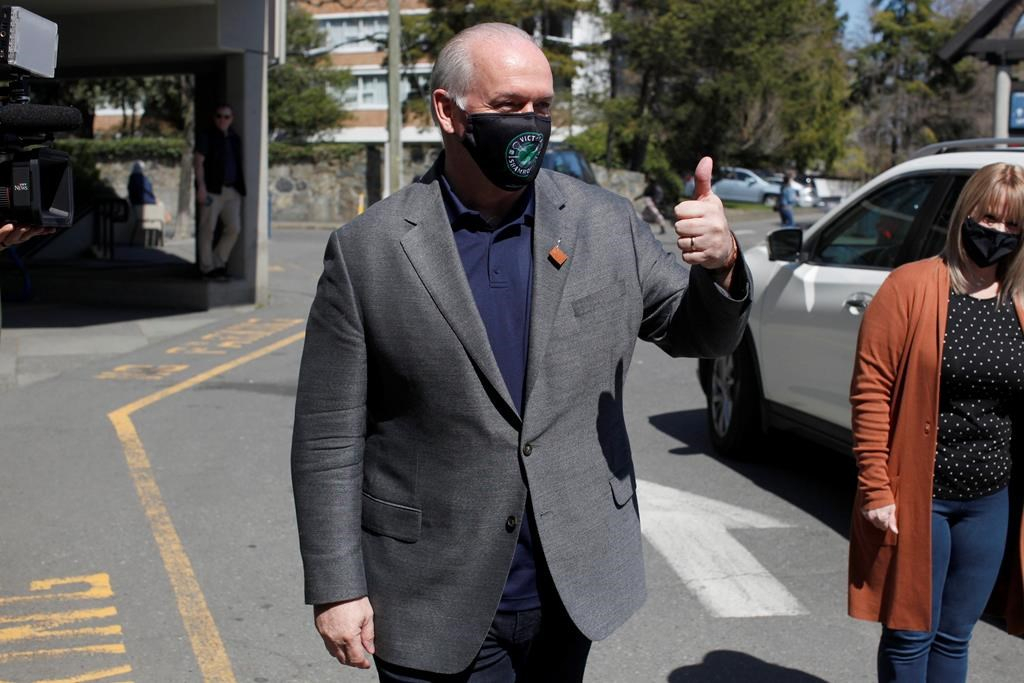 VICTORIA — British Columbia is planning for a return to normal life after Labour Day as part of its four-step COVID-19 reopening plan.

The plan started Tuesday with the easing of restrictions that affected gatherings, sports events and dining, both indoors and outdoors.

Premier John Horgan said B.C.'s strong immunization rate allows the province to slowly bring people back together, with Sept. 7 a target date for the final phase of the plan to be implemented.

That means the earliest the public health emergency and provincial state of emergency could be lifted would be July 1.

“It’s an exciting day for all of us,” said Horgan. "We’ve made extraordinary sacrifices as a province and a people over the past 15 months."

Changes in restrictions will depend on the number of people being vaccinated in the province and as that number rises, more limits will be removed, Horgan said.

Henry said the province will continue to monitor case counts and the condition of the virus.

"We’ll be staying flexible because we know this virus still has some tricks up its sleeve," she said.

The earliest travel restrictions could be lifted is June 15, with recreational travel permitted only within residents' regions.

On Monday, health officials reported 293 new cases of COVID-19, the lowest daily count since late October. Twelve more people died over the three-day reporting period, bringing the number of fatalities since the start of the pandemic to 1,679.

B.C. imposed restrictions at the end of March on indoor restaurant dining and group fitness, while reversing a plan to allow indoor faith services as COVID-19 case numbers soared to new highs.

The number of hospitalizations prompted the government to cancel non-urgent surgeries in the Fraser and Vancouver Coastal health regions.

By Morgan Sharp | News, Next Gen Insider | May 6th 2021
Coronavirus in Canada