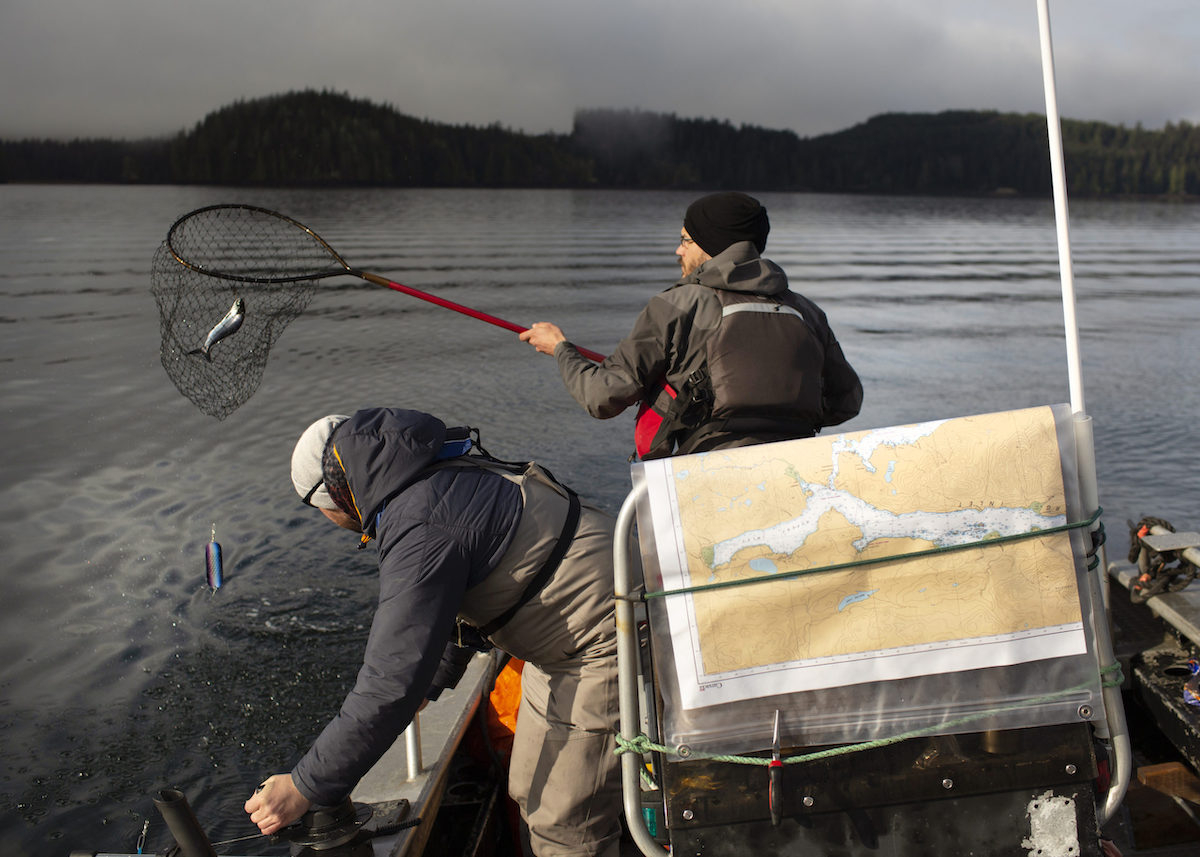 The transmission of a virus tied to kidney and liver damage in endangered Chinook salmon is being fuelled by the exchange of the disease between open-net pen fish farms and wild stocks in B.C., a new study indicates.

Researchers used genomic analysis to trace the source of piscine orthoreovirus (PRV) to Atlantic salmon farms in Norway and then determined that the disease is also ubiquitous in salmon farms on the West Coast.

And the closer wild Chinook get to fish farms, the more likely they are to be infected with PRV, said lead author Gideon Mordecai, a viral ecologist at the University of British Columbia (UBC).

Fish farms, which mostly raise Atlantic salmon, act as both a source and amplifier of the debilitating virus, he said.

“What we're seeing when we look at the genome is that (PRV) seems to be introduced here about 30 years ago, and it seems to be growing in population size,” Mordecai told Canada's National Observer.

“And every time we put Atlantic salmon into farms they become infected, and all those infected fish are a transmission risk to wild salmon.”

However, most wild stocks of B.C.’s largest salmon — commonly referred to as King or Tyee salmon — are listed as endangered or threatened.

A virus tied to kidney and liver damage in endangered Chinook salmon is spreading between open-net pen fish farms and wild stocks in B.C., a new study finds. #WildSalmon

The new study suggests PRV infections wild stocks in recent decades have risen with the growth of salmon aquaculture and high rates of viral infection in fish farms.

The findings reflect and build on existing science and concerns about the potential impacts of open-net salmon farming to wild salmon stocks, Mordecai said.

Though the PRV genome has been examined in the past, this collaborative study examined 86 different PRV genomes and screened close to 5,000 fish for the virus, making confidence in the findings very high, Mordecai said.

“It really is a step forward in terms of the size of the data set we’ve got available,” he said of the shared project between UBC and the Strategic Salmon Health Initiative, itself a program involving Fisheries and Oceans Canada (DFO), Genome BC and the Pacific Salmon Foundation.

But the research is contrary to DFO findings last October that PVR and other pathogens associated with contentious fish farms in the Discovery Islands pose minimal risk to wild salmon.

However, the new data may help DFO to redetermine the risks to wild salmon — especially when deciding whether to grant fish transfer licences to aquaculture companies looking to stock fish farms in the region before their pending closure at the end of June 2022.

“If I were making those decisions I’d be worried,” Mordecai said.

There is a strong science associating PRV impacting Chinook, but there’s less study on how the virus amplified by farms might be affecting other wild salmon species, he added.

“So I don't know how you can make those decisions (about risks to wild salmon) with any confidence when you have so little information on all the different species.”

The federal government draws on and supports science from a wide range of sources in its pursuit restoring wild salmon, DFO stated in an email Wednesday.

The federal agency has worked alone and in collaboration with partners for years to better understand PRV and its potential for transmission between farmed and wild stocks and to cause disease in Atlantic and Pacific salmon, DFO said.

The new study provides valuable information on the origin, evolution and potential transmission of the PRV-1a, a sub-strain of the virus, DFO added.

“As new peer-reviewed information becomes available, the department will continue to review and incorporate the information as part of its risk-based, science-informed adaptive management process,” DFO said.

Federal Fisheries Minister Bernadette Jordan is still reviewing requests to stock fish farms in the Discovery Islands and is considering information on a variety of factors, the department said.

However, Mordecai said the genomic research on PRV is just one factor in examining whether to minimize interactions between farmed salmon and wild fish.

“This is one piece of the puzzle, but there’s also concerns about bacterial pathogens and parasites like sea lice,” he said.

“And despite the fact that we hear that fish farms pose no risk, I think the science is pointing to the fact that they do pose a risk.

“Whether that risk is beyond what we consider is acceptable is not my decision,” Mordecai added.

“But I think the evidence is adding up, and it's all pointing in the same direction.”