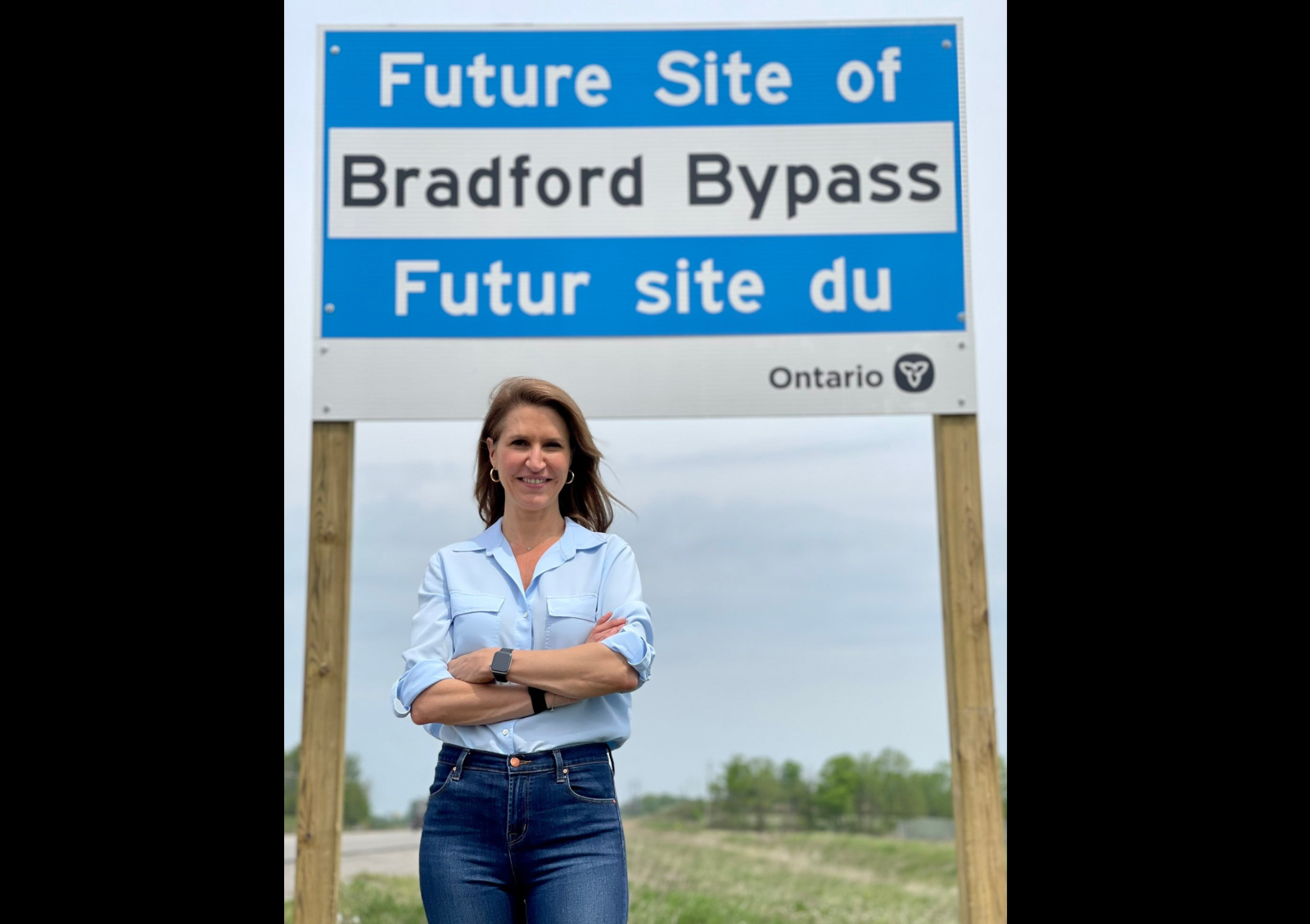 Two municipalities near the Ontario government’s proposed Bradford Bypass highway are expressing new reluctance about the province’s attempt to fast-track the project.

Though the highway proposal was first conceived decades ago and has long been supported by the communities along its route, it’s facing new scrutiny amid backlash over another Ontario highway plan, the 413. The Ford government is seeking to expedite the bypass, which last underwent a full environmental assessment in 1997 and would cut through the protected Holland Marsh.

In the last two weeks, two local councils decided not to pass motions declaring their support for the project. On May 31, councillors in Barrie voted instead to pass a motion asking the province to do a comprehensive impact assessment and look at alternative routes. On May 26, a split council in neighbouring Innisfil hit an impasse on expressing a position at all, a departure from the town’s years of supporting the bypass.

Most communities near the proposed route of the bypass remain in favour. But environmentalists — who have sounded alarms about the increased carbon emissions associated with a new highway and the impact it could have on the Lake Simcoe watershed — hailed the votes as a win.

“Municipal leaders are recognizing that these legacy projects need sober second thought,” said Margaret Prophet, the executive director of the Simcoe County Greenbelt Coalition, a non-profit that is campaigning against the bypass.

The marsh includes a cluster of biologically sensitive wetlands that flow into Lake Simcoe through the Holland River, and a section that has been drained for agricultural use. The latter is known for its fertile soil and for the abundance of crops grown there.

The planned route of the highway passes through the marsh at its narrowest point, crossing 11 hectares of sensitive wetlands.

The Ford government has sought to exempt the Bradford Bypass from having to undergo a fresh environmental assessment, and is working on several studies to finalize the project’s design. Ontario Transportation Minister Caroline Mulroney has said the province has already started acquiring land, and early work like bridges could begin before studies are finished.

Natasha Tremblay, a spokesperson for Mulroney, didn’t directly answer when asked whether the votes in Innisfil and Barrie would affect the province’s approach to the bypass. But in a statement, she said a new highway and new transit investments are urgently needed to relieve congestion in the fast-growing region, and that the project has received “strong local support.”

The Bradford Bypass would run through the Holland Marsh, a portion of the protected Greenbelt. Though it has had strong local support for years, two nearby councils are now expressing reluctance about Ontario's plan to fast-track the highway. #onpoli

“We must help alleviate congestion before it gets worse for commuters and the environment.”

In an interview with local media this week, Mulroney said the bypass is expected to cost $800 million ⁠— a significantly lower figure than a previous prediction from the Toronto Region Board of Trade, which forecast a price tag of $1.5 billion. Tremblay didn’t answer when asked about the discrepancy.

Some local councillors raised concerns about plan to expedite highway

The Bradford Bypass is a distinctly different case than Highway 413, a similar project that has attracted a larger share of public attention.

The 413’s fate is now uncertain after municipalities along its route pulled their support and the federal government intervened on its environmental assessment. Opposition politicians have called for that project, which is planned to be built to the southwest of the bypass, to be cancelled altogether.

Some environmentalists are making similar calls for the bypass to be axed. But the main opposition to the project from critics and a growing number of local politicians has revolved around the province’s plan to start working on the highway before studies are complete, and the federal government declined last month to step in as it did for the 413.

The bypass last received a full environmental assessment in 1997, before policies protecting Lake Simcoe and the Greenbelt existed. That review didn’t examine the climate impacts of exhaust from the cars on the road, or research showing that building new roads does not reduce traffic, a concept called induced demand.

It also predicted the bypass could cause severe water and air pollution issues. (Mulroney’s office has said the province is working to minimize any impact on the environment.)

Innisfil Coun. Kenneth Fowler, who voted against his municipality’s failed motion to support the bypass, said it’s like building a house before finishing the foundation. Though Fowler said he knows traffic is a serious problem in the region, he’s also worried about unforeseen consequences for the health of Lake Simcoe.

“The link is important for commerce and trade in Simcoe County and York Region. That can’t be denied,” he said in a phone interview.

“But putting it in one of the most important wetlands … will have long-term effects.”

Representatives in other communities, however, feel the bypass is the best option.

Jonathan Scott, a councillor in Bradford West Gwillimbury ⁠— which the highway would run through ⁠— said without the bypass, the only way to get between Highway 400 and Highway 404 is through a series of stoplights, some in his community’s downtown.

The problem is especially obvious on summer Fridays, when drivers headed to cottage country tend to pass through bumper-to-bumper, their idling engines emitting greenhouse gases. But it also presents a challenge for town councillors who are pushing to widen sidewalks and turn Bradford West Gwillimbury’s downtown into a walkable entertainment district, Scott said.

Increased investment in public transit wouldn’t solve that issue, he added, and the route of the highway passes through the marsh at the smallest possible point.

“It’s frankly better than any of the alternatives,” he said.

“I’m an environmentalist and I’m certainly sensitive to environmental concerns, I just think that this project … is actually the most sensible way to achieve the sustainable development goals that we need for our region when we have a real traffic problem.”

What happens next with Ontario’s Highway 413?