Most Canadians blame churches for misery caused by residential schools 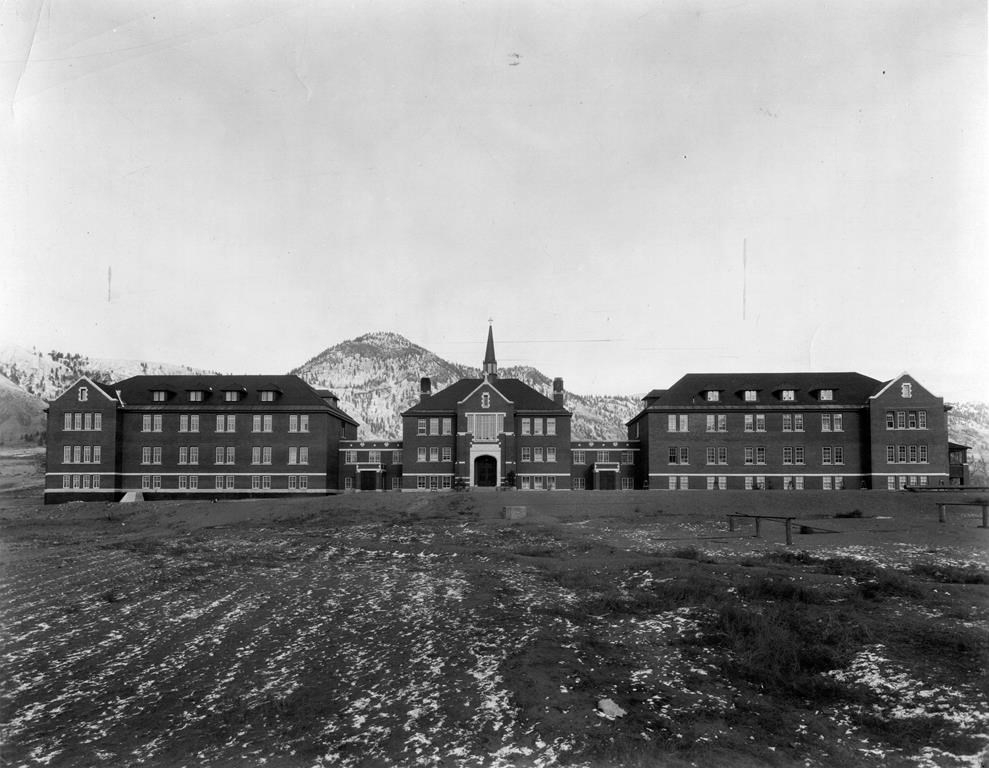 OTTAWA — A new survey suggests two-thirds of Canadians believe the churches that ran residential schools should bear responsibility for the abuses against children, including deaths, that happened there.

The online survey by Leger and the Association for Canadian Studies was carried out about a week after Tk’emlups te Secwepec First Nation said ground-penetrating radar has detected what are believed to be the remains of 215 children at a former residential school in Kamloops, B.C.

Over more than a century, some 150,000 First Nations, Métis and Inuit children were forcibly sent to government-funded, church-operated schools, where many suffered abuse and even death.

Sixty-six per cent of respondents to the survey say the church is responsible for the tragedies that took place at residential schools in Canada, while 34 per sent say the federal government should be blamed.

The online survey of 1,539 adult Canadians was conducted from June 4 to June 6 and cannot be assigned a margin of error because internet-based polls are not considered random.

Leger vice-president Andrew Enns said the fact that a majority of Canadians blame the church for what happened at residential schools comes as Prime Minister Justin Trudeau has called on the Catholic Church to take responsibility for its role in Canada's residential school system.

"In some respects, I think the prime minister may have been on to something in terms of encouraging the church to do a bit better on this file," Enns said.

Trudeau said Friday that as a Catholic, he is deeply disappointed by the position that the church has taken and he's urging it to release records on the schools and noted that he personally asked Pope Francis to consider an apology during his 2017 visit to the Vatican.

Most Canadians blame the Catholic Church for the misery caused by residential schools. #residentialschools #Indigenous #CatholicChurch

The survey also found that 80 per cent of respondents say what was found in Kamloops is only the tip of the iceberg and the same amount who said Canadians should feel ashamed residential schools, which were funded by the federal government, ever existed.

Seventy-seven of respondents say the government should order all the grounds surrounding former residential schools in Canada be systematically searched to find out if what happened in Kamloops also happened in other places.

The Truth and Reconciliation Commission that investigated the residential school system and its legacy detailed in its nearly 4,000-page report the harsh mistreatment, including emotional, physical and sexual abuse, inflicted on First Nations, Métis and Inuit children that were forced to attend the schools away from their families and communities. Ongoing research by the National Centre for Truth and Reconciliation shows at least 4,100 died in the schools amid neglect.

Enns said Canadians are expecting the discovery of more grave sites like the one recently discovered in Kamloops.

"This is an issue that will be with us for some time and in particular if we start to make further discoveries," he said. "Obviously, the government is going to have to take some action to start to, to really pursue some of these other potential unmarked grave locations across the country."

Fifty-seven per cent of survey respondents agreed the discovery of the unmarked burial site in Kamloops and the potential for others like it made them question the whole moral foundation that Canada has been based on.

"My view is I found this number still fairly high," Enns said. "What it means for Canada? What it means for being Canadian? I think there is the cause for this cause for some reflection, and at 57 per cent, it's not an insignificant amount of the population."

This report by The Canadian Press was first published June 8, 2021.