Could piling on crushed rocks save the Great Barrier Reef? 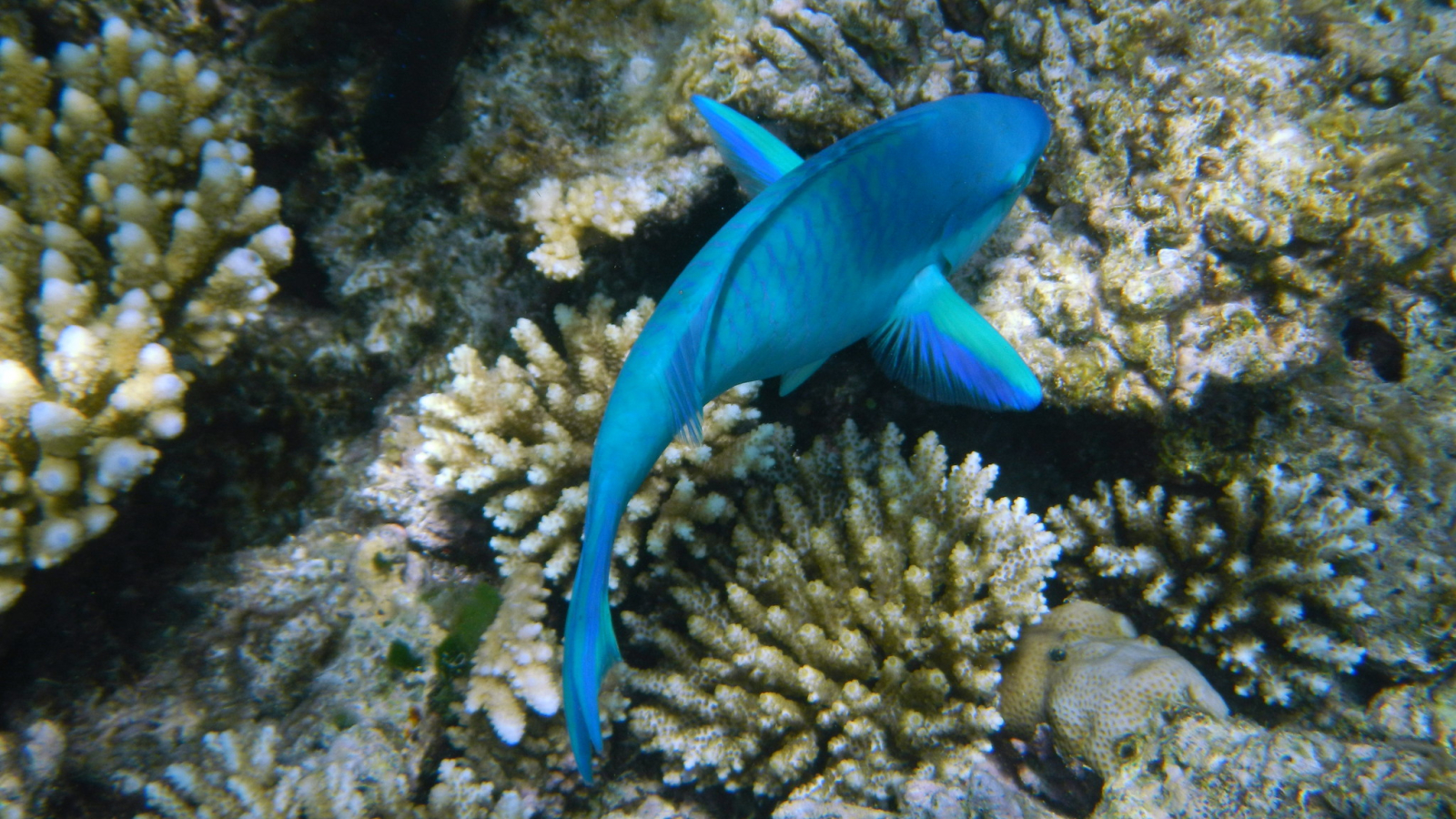 Increasing levels of CO2 in the atmosphere from fossil fuel burning has changed the pH of the ocean, making it harder for corals to form their skeletons — a process known as calcification. Photo by Robert Linsdell / Flickr (CC BY 2.0)
Previous story

Continually dumping crushed rocks from a bulk carrier along a Great Barrier Reef shipping route could counteract the acidification of ocean water caused by fossil fuel burning, but would come with unknown side effects on the marine environment and coral reefs, according to a study from Australia’s science agency.

In what is described as a “first order assessment,” scientists at CSIRO found it was theoretically possible to turn back the clock on the effect of decades of fossil fuel burning, but the radical step came with “as yet unquantified risks.”

As well as causing the atmosphere and oceans to warm, increasing levels of CO2 in the atmosphere from fossil fuel burning has changed the pH of the ocean, making it harder for corals to form their skeletons — a process known as calcification.

The lead scientist in the study, Dr. Mathieu Mongin, said researchers were now being forced to consider the viability of radical interventions to save the reef because of a lack of global action on the climate crisis.

One reef expert, Prof. Terry Hughes, described the concept of adding materials to the Great Barrier Reef’s waters, as modelled in the study, as “reckless.”

Reef scientists are exploring the viability of a range of local interventions to try to buy time for the world’s largest coral reef system.

A trial has already been carried out of a delivery system to spray trillions of nano-sized ocean salt crystals to brighten clouds, that could be deployed to cool the reef during summer periods when corals are at risk of bleaching.

The new study, published Tuesday in the journal Environmental Research Letters, raises the concept of using an existing shipping route to deploy an alkaline material that could raise the pH level of the water, making it less acidic.

The research used actual pH measurements taken from sensors on a ship owned by mining company Rio Tinto that travels the Weipa to Gladstone route — a journey that typically takes four days.

Mongin and colleagues used those measurements to test and calibrate their computer model that simulated the material being released for two years using the ocean and weather conditions between January 2014 and December 2015.

Scientists say it is theoretically possible to turn back the clock on the effect of decades of fossil fuel burning on the #GreatBarrierReef, but the radical step comes with “as yet unquantified risks.” #ClimateCrisis

Mongin, a carbon chemist and modeller at CSIRO, said: “Because there is a lack of action on climate change and reducing emissions, that is forcing us to explore these interventions.

“We have to explore all the caveats and that will have to be done with our scientific colleagues and reef managers.”

The study looks at the potential effects of adding a solution of crushed Olivine — a common mineral — at a rate of 90,000 tonnes over three days. Ocean currents then spread the solution out over the reef.

Mongin said the modelling showed the material would need to be continually added to the ocean waters to sustain the raised pH levels.

“The day you stop, within three months, you go back to where you were,” he said.

The model suggests a continuous release of the material every three days for one year along the reef’s length offsets four years of ocean acidification caused by current CO2 emissions.

“We are not advocating for doing this intervention,” Mongin said. “We are dealing with the current status of the Great Barrier Reef. We see this coming, and we see no action, and it is hard for us to think about doing these interventions.

“But it is my job to test it, so the public is aware of what might be coming if we don’t act now. We are stepping outside our comfort zone, but we have to do it.”

Scientists have already carried out a small-scale experiment on a coral cay on the southern part of the Great Barrier Reef, showing that adding an alkaline solution to the water increased the rate at which corals could build skeletons.

Hughes, of James Cook University’s Centre of Excellence for Coral Reef Studies, said the concept of adding 90,000 tonnes of Olivine “every three days for a century or so” was “reckless.”

He said: “The study does not investigate the ecological impacts of manipulating water chemistry at huge scales, beyond acknowledging that light levels would be reduced.

“The Australian government has spent hundreds of millions of dollars in recent years to reduce water pollution on coastal reefs. Deliberately reducing light levels throughout the GBR would have enormous detrimental impacts on corals, seagrasses, and other key species that use sunlight to photosynthesize.”

Dr. Kennedy Wolfe, a marine biologist at the University of Queensland who helped carry out a previous ocean acidification experiment, said it was important to understand the potential viability of broad-scale conservation measures.

But he said the study showed a “major shortcoming” of the approach was the need to continually add material to the ocean.

He said: “As the study points out, seawater chemistry would rapidly return to pre-intervention levels if alkalinity injections ceased. Does this mean that 90,000 tonnes of alkalinity source must be added to the GBR every three days for all eternity?

“Actually, we would likely need to add more and more alkalinity to the system to counter the continued intensification of ocean acidification due to global emissions, unless emissions are drastically curbed alongside alkalinity injections.”

Globally, the average pH of the world’s oceans is at its lowest in about 800,000 years.

While the pH levels of the water naturally swing back and forth daily, and across the seasons, one study has found the highest levels of CO2 the Great Barrier Reef’s corals were exposed to in the 1960s now represented the lowest levels.

“The GBR has become six per cent more acidic in the last 10 years. We are exactly following the trend (of CO2 levels) in the atmosphere.”

She said while some marine species might be able to move to escape warmer temperatures, “for ocean acidification, there is no escape.”

When you burn a fossil fuel

When you burn a fossil fuel in air, converting its carbon to carbon dioxide and its hydrogen to water, you have reduced the energy of the fuel-air system a lot, and presumably made good use of the energy that it gave up, but you haven't harvested all the energy. From the article's paragraph 13,

"The study looks at the potential effects of adding a solution of crushed Olivine — a common mineral — at a rate of 90,000 tonnes over three days. Ocean currents then spread the solution out over the reef."

*Olivine*. Scientists like to talk about it, science popularizers like to fail to relay the information. The magnesium silicate in it allows a tiny bit more energy to be extracted from fossil fuel combustion products. On the scale where this reaction -- the burning of methane, the principal component of natural gas -- yields 1601.67 energy units,