Ecocide one step closer to being an international crime 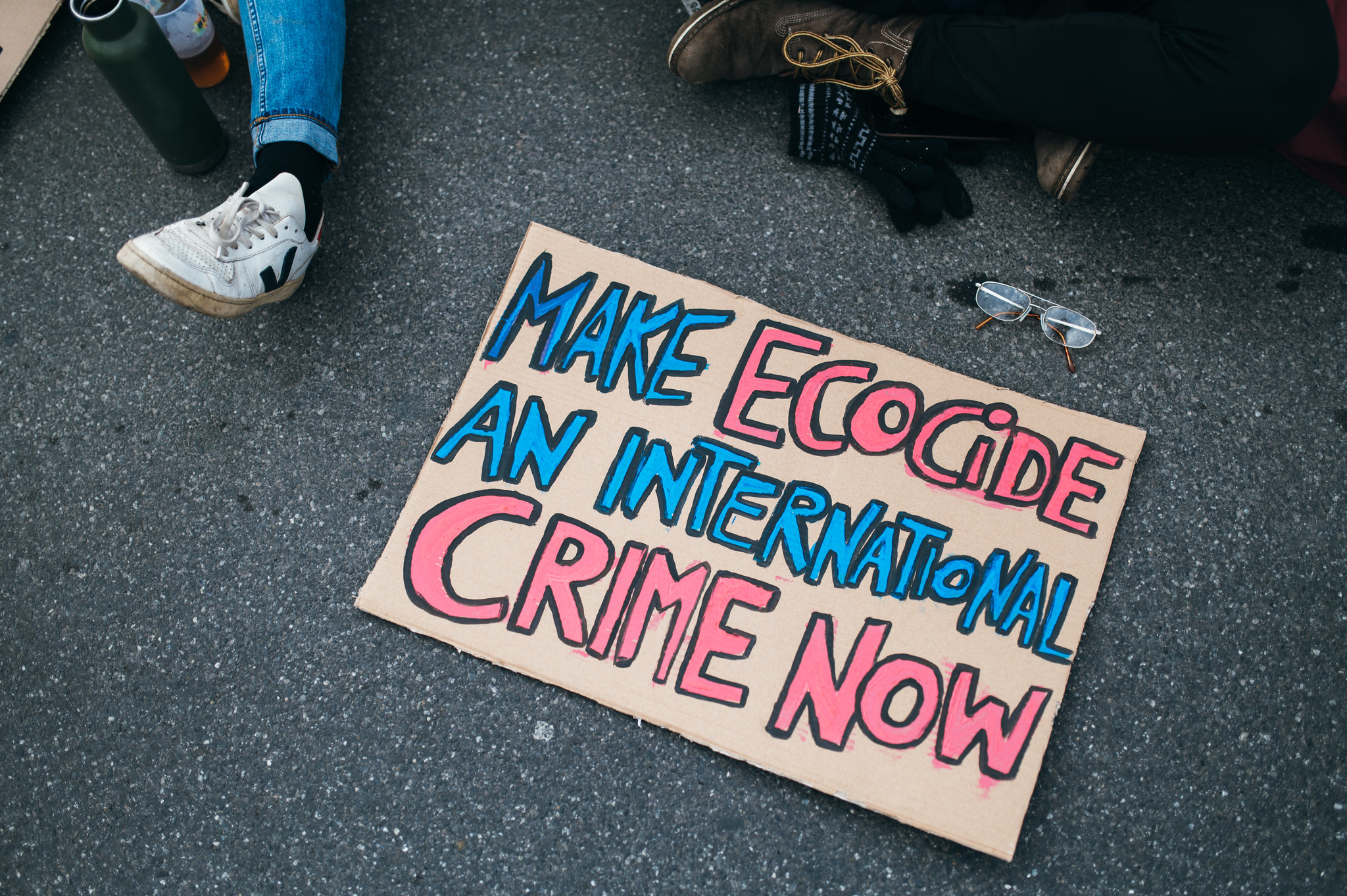 If the draft law is adopted by the International Criminal Court, it would become the fifth offence it prosecutes — alongside war crimes, crimes against humanity, genocide and the crime of aggression. Photo by Ivan Radic / Flickr (CC BY 2.0)
Previous story
Next story

Legal experts from across the globe have drawn up a “historic” definition of ecocide, intended to be adopted by the International Criminal Court to prosecute the most egregious offences against the environment.

The draft law, unveiled on Tuesday, defines ecocide as “unlawful or wanton acts committed with knowledge that there is a substantial likelihood of severe and widespread or long-term damage to the environment being caused by those acts.”

The Stop Ecocide Foundation initiative comes amid concerns that not enough is being done to tackle the climate and ecological crisis.

If adopted by the ICC’s members, it would become just the fifth offence the court prosecutes – alongside war crimes, crimes against humanity, genocide and the crime of aggression — and the first new international crime since the 1940s when Nazi leaders were prosecuted at the Nuremberg trials.

Prof. Philippe Sands, QC, of University College London, who co-chaired the panel that spent the past six months hammering out the definition, said: “The four other crimes all focus exclusively on the well-being of human beings. This one of course does that, but it introduces a new non-anthropocentric approach, namely putting the environment at the heart of international law, and so that is original and innovative.

“For me, the single most important thing about this initiative is that it’s part of that broader process of changing public consciousness, recognizing that we are in a relationship with our environment, we are dependent for our well-being on the well-being of the environment and that we have to use various instruments — political, diplomatic, but also legal — to achieve the protection of the environment.”

An ecocide law has been mooted for decades, with the late Swedish prime minister, Olof Palme, pushing the concept at the 1972 UN environmental conference in Stockholm. More recently, ecocide was considered for inclusion in the 1998 Rome statute establishing the ICC before being dropped. The Scottish barrister Polly Higgins led a decade-long campaign for it to be recognized as a crime against humanity before her death in 2019.

The members of the panel, which also included experts from Samoa, Ecuador and the U.S., are hopeful that now is the right time for agreement.

The other co-chair, Dior Fall Sow, a UN jurist and former prosecutor from Senegal, said: “The environment is threatened worldwide by the very serious and persistent damage caused to it, which endangers the lives of the people who live in it. This definition helps to emphasize that the security of our planet must be guaranteed on an international scale.

Legal experts from across the globe have drawn up a “historic” definition of #ecocide, intended to be adopted by the International Criminal Court to prosecute the most egregious offences against the #environment.

“In the current context, where serious damage to the environment is increasingly important and affects a large number of states, their support could be gained for this new definition of the crime of ecocide. One can think, among others, of island developing states that are subject to ecological ecocides committed by corporations.”

Several small island nations, including Vanuatu, in the Pacific, and the Maldives, in the Indian Ocean, called for “serious consideration” of a crime of ecocide at the ICC’s annual assembly of states parties in 2019.

The French president, Emmanuel Macron, has championed the idea, as has the Pope, and other European countries have expressed an interest.

The ICC has been criticized for not investigating major environmental crimes. In 2016, it said it would assess existing offences, such as crimes against humanity, in a broader context to include environmental destruction and land grabs.

Sands said some panel members had pushed for the definition to explicitly mention climate change, but that was rejected because of a desire to make it more difficult for countries — and corporations — to oppose the proposed new law. Instead, it created “a definition that catches the most egregious acts, but doesn’t catch the kinds of daily activity that so many of us, myself included, and regions and peoples and countries are involved in which cause significant harm to the environment over the long term.”

He cited transboundary nuclear accidents, major oil spills and Amazon deforestation as potential examples of ecocide, but, on a smaller geographical scale, also the unlawful killing of a significant protected species such as the two remaining northern white rhinos.

Jojo Mehta, from Stop Ecocide Foundation, said it was a “historic moment”, adding: “The resulting definition is well pitched between what needs to be done concretely to protect ecosystems and what will be acceptable to states. It’s concise, it’s based on strong legal precedents and it will mesh well with existing laws. Governments will take it seriously, and it offers a workable legal tool corresponding to a real and pressing need in the world.”