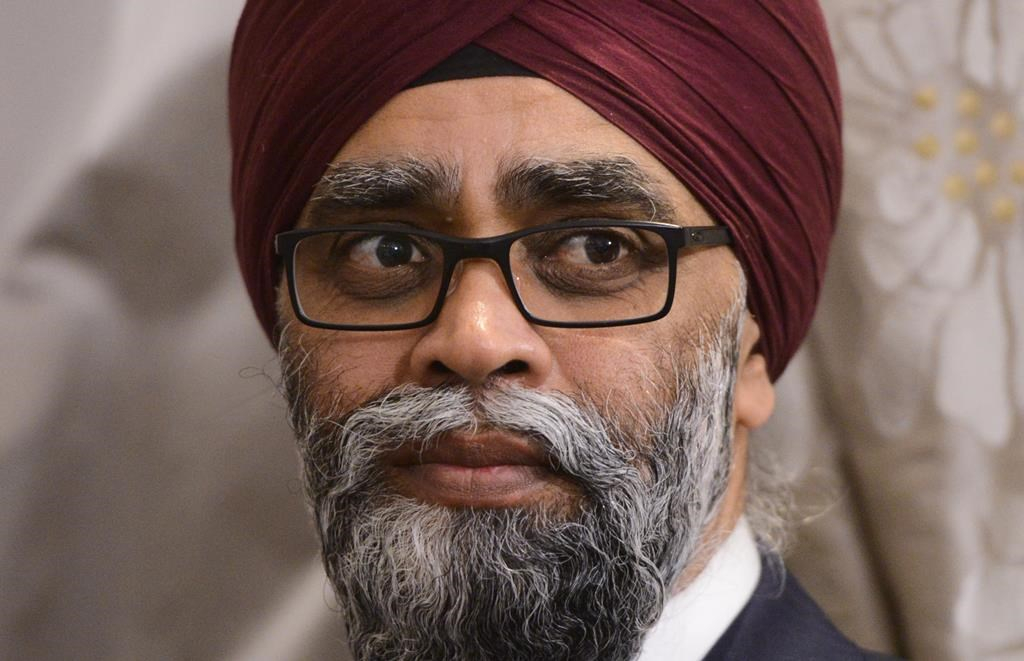 Defence Minister Harjit Sajjan has lost all credibility in the fight against military sexual misconduct, some experts say following revelations one of his military assistants was ordered suspended from the Vancouver police three years ago for an inappropriate relationship with a subordinate.

Maj. Greg McCullough was hired in March 2020 to support Sajjan’s work in Vancouver despite an external investigation having found him guilty in 2018 of two counts of misconduct for his relationship with Const. Nicole Chan, who later took her own life in January 2019.

Sajjan's office says the two men served together in the same army reserve unit in B.C., but that the military was responsible for hiring him to the unique position and neither the minister nor his staff knew about McCullough's past.

Stephen Saideman, the Paterson chair in international affairs at Carleton University, says the minister’s response represents a continuation of a larger pattern.

“The way he's responded to it has been typical: Everything that's happened under his watch is not his fault,” Saideman said. “So whether that's what's going on in the chief of defence’s office or what’s going on in his own district office, things happen, he's not responsible.”

Military ombudsman Greg Lick echoed that assessment earlier this week as he demanded the government make his office truly independent, saying when it comes to the ongoing military sexual misconduct scandal: “The concept of ministerial accountability has been absent.”

Prime Minister Justin Trudeau has previously defended Sajjan in the face of opposition calls to resign for his handling of sexual misconduct allegations involving senior commanders, and the minister having been censured in the House of Commons.

The prime minister has insisted Sajjan, who has served as Trudeau’s only defence minister since the Liberals first took office in late 2015, is the right person to lead the charge when it comes to changing the military’s culture and eradicating sexual misconduct and hate.

McCullough has told The Canadian Press that Sajjan played no part in his hiring process, but the minister’s office and Defence Department have not said who decided to create the position, which involves supporting the minister when he is in Vancouver where his riding is located.

The Defence Department has said it has no record of such a position having been created outside Ottawa before.

Megan MacKenzie, an expert on military sexual misconduct at Simon Fraser University, says the latest revelation gives at least the appearance that the minister himself is part an "Old Boys network" where senior military officers protect each despite allegations of misconduct.

“Sajjan already has zero credibility on this issue and, at this point, it’s unclear what it would take to remove him from this position given the clear signs he is not capable of leading or enacting change when it comes to military sexual violence,” she said in an email.

“(McCullough) is someone that was a member of the same army reserve unit Sajjan commanded and worked in the Vancouver Police Department with Sajjan. It does have the appearance of another example of the ‘Old Boys network.’”

Charlotte Duval-Lantoine of the Canadian Global Affairs Institute said Sajjan has lost all moral authority when it comes to leading the type of change that is needed to eliminate inappropriate and criminal sexual behaviour in the ranks.

“His lack of knowledge on everything around him is concerning, and suggests either gross incompetence or attempts at coverups. In either case, harm is being done," she said.

"How can people who put their lives on the line for the country trust someone who does not know anything about the conduct of their advisers or the chief of defence staff?”