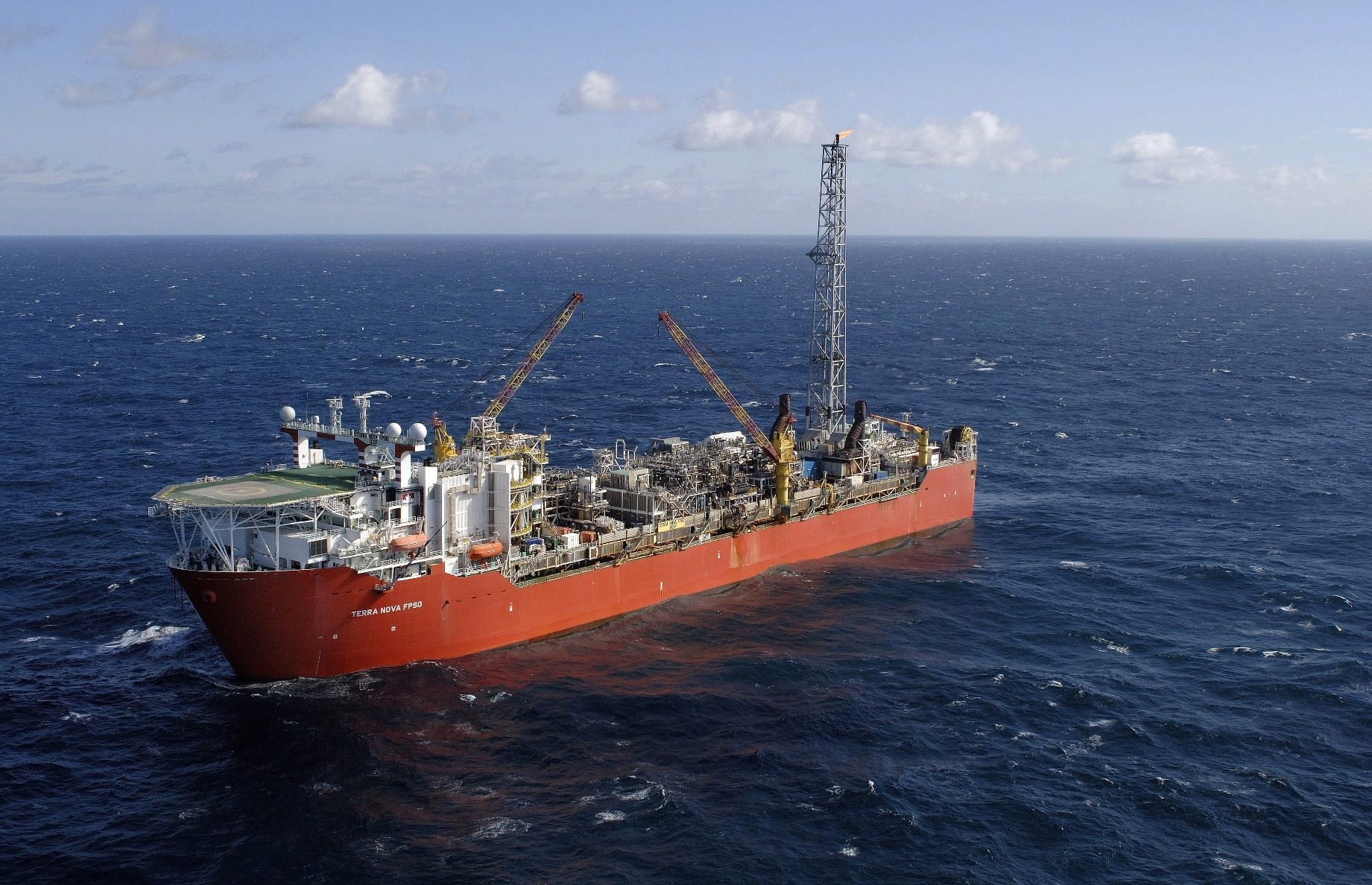 Last week, the Terra Nova FPSO had new life breathed into it, raising questions about a just transition for oil workers. Photo from the Government of Newfoundland and Labrador / Facebook
Previous story
Next story

An overwhelming majority of residents in Newfoundland and Labrador want to see a transition away from fossil fuels, yet the province is handing over hundreds of millions of dollars to the struggling industry. That contradiction has national implications, raising questions among experts and politicians about what a just transition might look like.

In a recent poll, commissioned by the Council of Canadians, Sierra Club Canada Foundation and the Ecology Action Centre, Narrative Research found 80 per cent of Newfoundlanders and Labradorians want to see the post-pandemic recovery move away from fossil fuels and toward renewables and efficiency programs.

Further, the polling revealed 77 per cent believe recovery efforts should be equitable, which means a greater focus on women, people of colour, Indigenous Peoples and others made more vulnerable.

Similar polling has revealed widespread support nationally for a clean energy transition, as well as surveys specific to Alberta and Saskatchewan that show a majority want this change.

The findings come on the heels of Newfoundland and Labrador’s recent announcement of more than $500 million worth of financial aid to a group of oil companies led by Suncor. The group is looking to put the idled Terra Nova floating production, storage and offloading (FPSO) vessel back to work off the province’s coast. The money will be used for upgrade work ahead of a sanctioning decision expected by year’s end that will determine if the Terra Nova FPSO will resume extraction.

If the parties go forward with the project, by fall 2022, the vessel is expected to be hooked up to subsea infrastructure, where it’ll extract 80 million barrels of oil over the next decade.

Suncor did not respond to a request for comment.

In September, the province inked a $320-million deal with Ottawa to help the oil sector recover, and a month later, Ottawa set up a $750-million national fund to help oil and gas companies lower methane emissions, with $75 million earmarked for Newfoundland and Labrador.

“Our government supports Newfoundland and Labrador’s offshore workers,” said Ian Cameron, a spokesperson for Natural Resources Minister Seamus O’Regan. “We’ve invested in jobs to lower emissions over the past year, and we’re pleased to see Terra Nova’s private-sector proponents come to an agreement.”

NDP natural resources critic Richard Cannings says he understands the circumstances of fossil fuel workers in Newfoundland and Labrador, but that many also want to plan for a future that will keep them close to home.

A recent poll shows an overwhelming majority of Newfoundland and Labrador residents want to see a transition away from fossil fuels. But the province is still handing over hundreds of millions of dollars to the industry. #nlpoli #cdnpoli

“I know what workers there have had to go through, even back in the ’70s when I was at Memorial University,” he said, pointing to people he knew who went to Alberta looking for work or struggled during the cod-fishing moratorium in the 1990s that left nearly 40,000 unemployed. “Then we had the offshore boom, and I remember going back to Newfoundland in the late ’90s and I hardly recognized the place because it looked much more prosperous.

“The offshore has been very good to Newfoundland (and Labrador)... So I can see why the government would want to try to make as much as possible out of that,” he said. But “Newfoundlanders, like everybody in Canada, (want) to have a plan for the future that really speaks to the reality of climate change.”

“The thing I think really angers or frustrates people, here anyway, is that we're told that the coffers are empty, that as a province we're nearing bankruptcy … and yet we can still subsidize the oil sector? I think people have had enough,” she said.

Carter says there are similar current and historic trends between Newfoundland and Labrador, Saskatchewan and Alberta — the so-called "petro-provinces" she examines in her book.

“There's actually a shared story on the three places of experiencing poverty and economic stress, and wanting to diversify their economies from one kind of resource,” she said.

During the Great Depression, collapsing wheat prices helped push Prairie provinces to diversify into oil nearly a century ago. In the early 1990s, the cod moratorium in Newfoundland and Labrador threw tens of thousands out of work, and the province’s first offshore oil rig, Hibernia, surfaced a few years later, she notes.

Carter says the Canadian fossil fuel industry’s boom years, roughly from 2005 to 2015, saw massive windfalls delivered to provincial coffers as more oil was extracted and prices soared to new heights. In Newfoundland and Labrador’s case, the oil industry delivered 30 to 40 per cent of public revenues, she says.

“We know that these provinces got rich, and actually pretty quickly, after decades and decades of trying to get these sectors set up ... and then suddenly, what we have are environmental costs that get swept under the rug,” said Carter.

“A shared common feature of these provinces is that each of them (was) experiencing unprecedented economic growth on the back of an industry, the oil sector, but a particular kind of oil development,” she said. “It's what I refer to in the book as extreme extraction. So tarsands in Alberta, fracking in Saskatchewan and ultra-deep, ultra-far offshore (in) Newfoundland.

“These environmental risks and the cost of those particular forms of oil extraction are huge.”

Once the oil companies are highly profitable, their interests become “entrenched within the state” and the companies begin to deploy their resources to influence policy, Carter says.

“Obviously, (there’s) direct lobbying, but they are also starting to engage with the public in really strategic ways,” she said. “So philanthropic work funding hospitals or schools or what have you, using public relations campaigns to try to convince the public that oil pays for public services, and there's no problem with the environmental impact or that these are viable industries for the long term.”

Carter also referenced astroturf campaigns designed to falsely project grassroots support and even school curriculums influenced by the oil industry that she says “is climate change denial by another name.”

At the moment when the industry needs to be phased out for climate reasons, Carter says there is a rush “like last call at the bar” to extract short-term value across Canada. That creates “a perverse incentive” for industry and governments when they should be focused on a just transition, she says.

350.org Canada campaigns director Amara Possian said Newfoundland and Labrador “is a perfect example” of why a just transition is essential.

“The key problem with the government's approach is they're not listening to people, economists or scientists,” she said. “They're doubling down on their commitment to propping up the fossil fuel industry.”

Indeed, the province appears at a crossroads. In May 2020, it committed to net-zero emissions by 2050 while maintaining a plan to dramatically grow its offshore oil production over the next decade. At the time, the province framed the oil industry’s growth as “essential” to a low-carbon economy.

Newfoundland and Labrador’s Department of Natural Resources declined to comment when asked about financial contributions to the province’s oil industry and public support for a transition away from fossil fuels.

Cannings, the NDP natural resources critic, says when he knocks on doors in B.C.’s Okanagan, he meets people who work in the oilsands who tell him they’d prefer to work closer to home but have to go where the money is. It’s a story Newfoundland and Labrador is all too familiar with, having its population’s rise and fall very neatly tied to the boom and bust cycles of the oil industry.

“I think there are people all over Canada who go to the oilsands to work because it's very well-paying, (and) until recently, it's been reliable,” said Cannings. “So I think the exciting thing about the green transition is that it gives us the chance to come up with a plan to create good jobs for the future — whether they're in renewable energy or whether they are in massive retrofits — that will create good jobs in literally every community in Canada.”

“The public knows and is aware that change is coming, whether it's for climate reasons or economic, technological change reasons,” said Carter.

Funding and red tape take the wind out of St. John's climate plans

The welfare bums of the