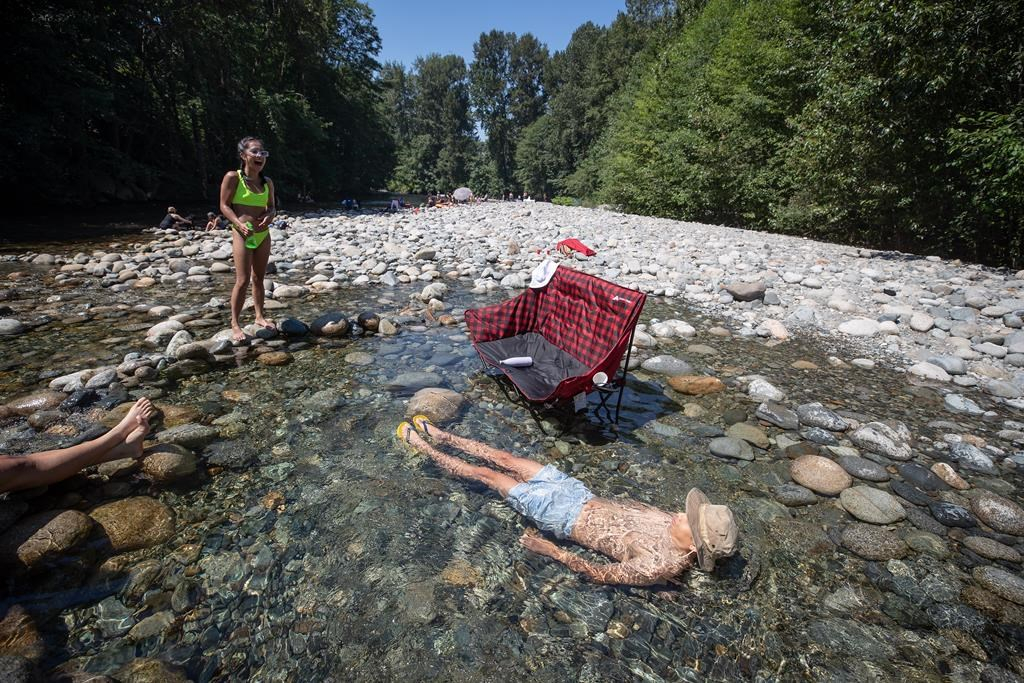 A stifling heat wave throughout much of Western Canada is unusual because of the nighttime temperatures it is bringing, says an expert.

Temperatures are forecast to be higher overnight than they would normally be during the day for this time of the year, said Simon Donner, a professor at the University of British Columbia's geography department.

The average daytime high for this time of the year in British Columbia is usually around 22 C, but the mercury is forecast to touch 34 this week, he said. More importantly, Donner said, the overnight low is projected to be 24 C, which is two degrees higher than the usual temperature during the daytime.

"That's how unusual this is," he said in an interview. "It's going to be warmer overnight than it usually is in the middle of the day."

Donner said warming nighttime temperatures are "like a fingerprint of climate change.”

“This is exactly a specific sort of prediction that scientists have been making. That we would have warmer nights."

Environment Canada has warned that the heat wave won't lift for days, although parts of British Columbia and Yukon could see some relief sooner. Sixty temperature records fell Sunday in B.C., including in the village of Lytton, where the mercury reached 46.6 C — breaking the all-time Canadian high of 45 C, set in Saskatchewan in 1937.

Donner called the heat wave unprecedented in some respects.

"The heat wave is not just incredible in its magnitude but in its duration," he said.

"You don't usually have this type of extreme heat lasting for a full week. This is terrible. It's too hot, too early in the year."

As the temperatures rise, he said there will be some cool and normal days but there will be more extremes, which is a manifestation of climate change.

A stifling #HeatWave throughout much of #WesternCanada is unusual because of the nighttime temperatures it is bringing, says an expert. #ExtremeWeather

British Columbia has been warming by about 1.1 C in the summer per century, said Rachel White. The average temperature in the province in June around 1920 would have been between 15 and 25 degrees, added White, who is an assistant professor at the University of British Columbia's department of Earth, ocean and atmospheric sciences.

The warmer temperatures have brought a change in the baseline data, she said.

"I mean, everything's a little bit warmer and then on top of that we have this particularly extreme event," she said.

One of the questions scientists are considering is how the baseline temperature affects the strength of the so-called heat dome that's covering the region, especially since it is forecast to last several days.

Andréanne Doyon, an assistant professor at Simon Fraser University in B.C., said the increase in baseline temperatures coupled with the extreme heat wave will bring about domino effects, noting the recent flooding in Pemberton.

These effects will become bigger as temperatures warm and heat waves become more common, she said.

While warm temperature records were slow to be broken over the past 50 years, they are being topped more often now, Doyon said. The two most recent warmest years on record were in 2016 and 2020 — records that were broken not just in Canada but countries around the globe.

“So how do we make it so that we can survive through these extreme heat waves? Because currently, we're not really set up to do that.”