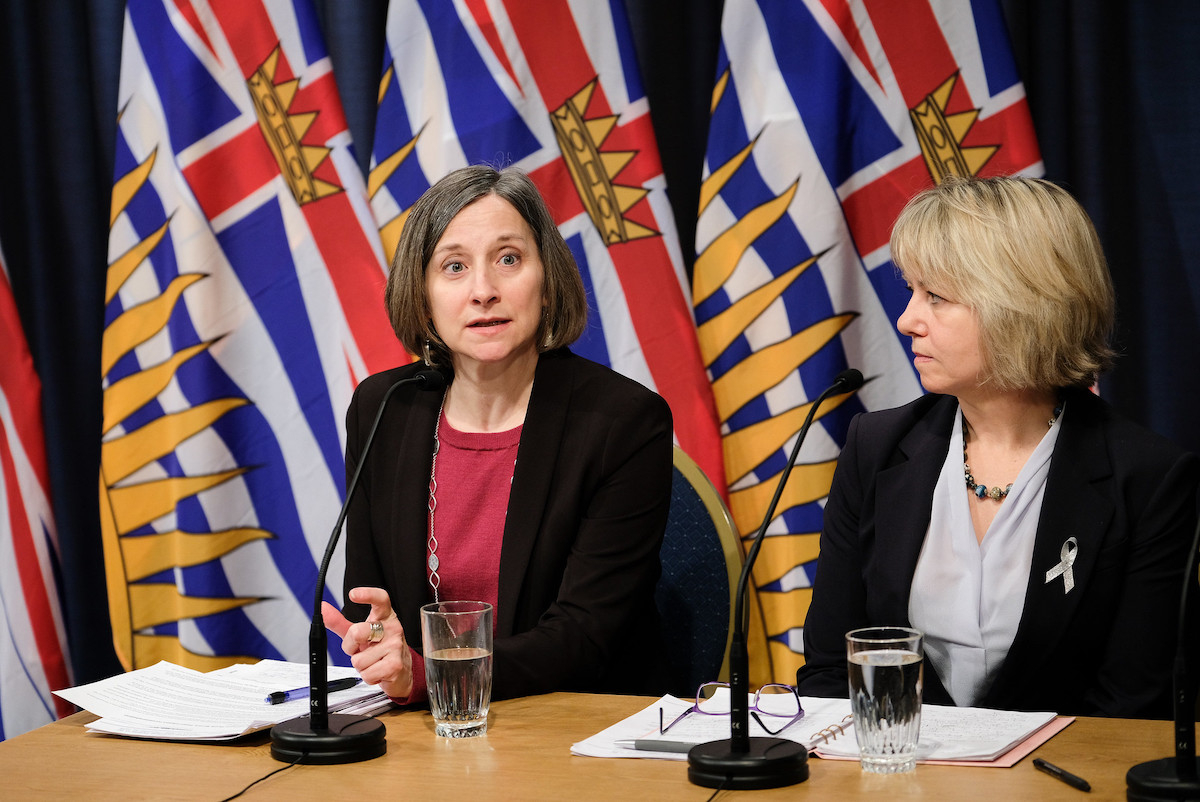 At minimum, 486 sudden deaths occurred over the past five days in B.C. after dangerously high temperatures gripped coastal and Lower Mainland communities in an unprecedented heat wave this week.

The number is only preliminary, said chief coroner Lisa Lapointe on Wednesday, adding the toll represents a nearly 200 per cent increase over the 165 deaths that would normally occur in the province in the same time period.

“While it is too early to say with certainty how many of these deaths are heat-related, it is believed likely that the significant increase in deaths reported is attributable to the extreme weather B.C. has experienced and continues to impact many parts of our province.”

Preliminary reports suggest many of the deceased were seniors or those with chronic underlying health conditions alone in residences.

“We do know that many people have been found in residences that are very, very warm, not ventilated, and many of whom live alone,” said Lapointe.

More information will be released Friday, but the coroner’s office will also do a detailed investigation over the next couple of months as more data is confirmed across the province, she said.

“We'll be looking at any patterns ... ages, gender, any underlying health conditions ... the type of facility they lived in, whether it was a condo or a house, and ... where we can make a difference and where we can make some recommendations for change.”

Local coroners, like first responders in the province, struggled with the surge in heat-related calls and the response times, she said.

“Prior to the last few days, we had experienced three deaths in British Columbia due to heat in the last several years,” she said.

“So this, frankly, this caught many of us off guard. Many of our health services are first responders. We haven't experienced anything like this in the province previously.”

“This kind of heat wave is not typical of B.C., but with the reality of climate change, we can't ignore the potential for this to become more common in the future,” says Public Safety Minister Mike Farnworth. #BC #HeatDome

The heat wave smashed temperature records across the province, with the town of Lytton reaching 49.6 C on Tuesday — the highest ever recorded in Canada.

While the extreme heat in the more temperate areas on the coast, Vancouver Island and Lower Mainland began to drop on Wednesday, the mercury continues to soar in B.C.’s Interior, and will remain high over the coming days as the heat dome begins shifting east towards Alberta, where temperatures in some communities are reaching above 40 C.

Extreme heat can be serious or fatal, especially for older people, infants and children, and those with chronic illnesses, Lapointe said.

“As we continue to experience unusually high temperatures in the province, it’s very important that we look out for our families, friends and neighbours, particularly those people (who) can be overcome by the effects of (heat) extremely quickly and may not be aware of the danger,” she said.

Regular check-ins with those who live alone are important, she added.

Lapointe expressed her condolences to those who had lost a loved one in the heat wave.

“It is important that we do not lose sight of the fact that each reported death is a person with a family and people who care about them,” she said.

“And certainly, we'll be looking retrospectively at what lessons can be learned. What can be done differently.”

We’re saddened to see the toll the heatwave has taken on the community. 53 sudden deaths were reported to VPD on Tuesday. Since Friday, police in Vancouver have responded to 98 sudden deaths. 2/3 of the victims are 70 years or older. #BCHeatWave pic.twitter.com/RqUB7Napfj

“This kind of heat wave is not typical of British Columbia, but with the reality of climate change, we can't ignore the potential for this to become more common in the future,” Farnworth said.

The province has broken records day after day for calls to emergency services, he said.

The heat dome is occurring within three years of the worst wildfire seasons the province recorded, he added.

“This year, we could be facing another difficult one,” he added.

“So we have to be ready, because we can't ignore the possibility of a next time, and it's clear that we can't rely on what we've done in the past.”

While the B.C. Interior is better accustomed to dealing with high temperatures, the more temperate areas are not, Farnworth said.

“We will need to take a hard look at what we need to change for the future. Air conditioners and heat pumps are in short supply in the middle of a heat wave, and local governments need to continue to modify plans as our climate changes.”

In addition to examining recommendations from the coroner’s future report, the province will look at other initiatives that need to be put in place as it redevelops the emergency response program to events related to global warming, he added.

The province will continue to provide financial support for local government and emergency response for extra staffing and to ensure they can create cooling centres in civic buildings.

Once all the information is in, the province may examine if there’s a need for regulation around air conditioning, especially in facilities or private residences where people might be living alone, Farnworth said.

Police and first responders are redeploying members, but are also pleading for people to only call 911 during emergencies as heat-related deaths have depleted front-line resources, he added.

Island Health issued a public plea Wednesday asking residents to avoid visiting hospital emergency rooms for minor issues during the heat wave, especially with the approach of Canada Day, which is typically one of the busiest days of the year.

Island Health had 1,100 visits to its eight hospital emergency departments on Monday alone, a 22 per cent increase over a typical day.

Additionally, the ERs saw a 35 per cent increase in the number of people needing to be admitted to hospital, Williams said, adding Nanaimo Regional Hospital, Royal Jubilee Hospital and Victoria General Hospital were the busiest sites in terms of numbers.

The majority of people experiencing heat-related issues are seniors or those with underlying health conditions, Williams said.

“These people generally require a higher level of care when their bodies are trying to manage this kind of heat,” he said.

“Another factor was the extreme heat in the community. We can't discharge someone back home if their home is 35 degrees and they're already too hot.”

Anyone needing critical care should not hesitate to visit an emergency room, he said.

But to prevent unnecessary hospital visits, Williams recommended people take precautions, such as staying hydrated, staying out of the sun, and avoiding exercise during the hottest parts of the day.

Using walk-in clinics for less serious issues, and making sure prescriptions are filled in advance of the holiday were also advised.

“(Public) support is more important now than ever as these care teams work through an unprecedented heat wave on the heels of the third wave of the COVID-19 pandemic,” Williams said.