Is there still time to avert climate disaster? Survey says ... 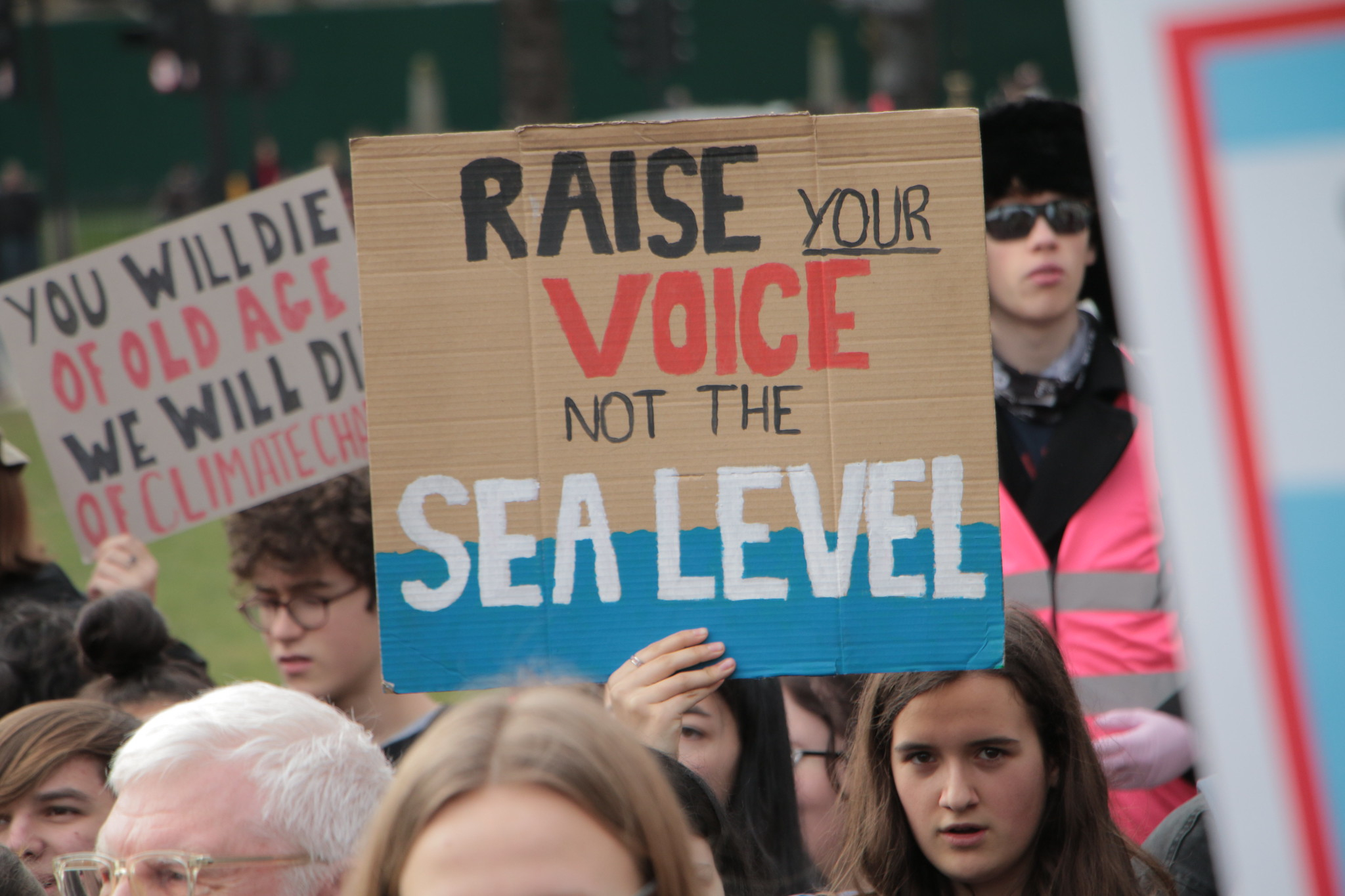 The IEA highlighted the importance of the public understanding that their own consumption is integral to reducing emissions in its roadmap to net zero in May. Photo by Socialist Appeal / Flickr (CC BY 2.0)
Previous story
Next story

A small majority of people believe there is still time to make a difference and slow global heating, a survey of consumer attitudes in 16 countries reveals.

People aged 55 and over believe most strongly that their behaviour can make a positive difference to the environment. People in Brazil, Spain, Canada, Italy, China and Thailand are the most optimistic that if we act now, there is still time to save the planet, the survey by Mintel found.

On average, 54 per cent of those who were surveyed agreed that there was time to save the planet, and 51 per cent believed their behaviour could make a positive difference to the environment.

Japan was the most pessimistic: Only 15 per cent of people questioned believed their behaviour could make a difference and only 35 per cent believed there was time to save the planet.

It found that consumers wanted companies to be clear about the environmental impact of their products so they could make an informed choice about whether to buy them or not.

The survey found that 47 per cent of people wanted labelling showing the environmental impact in terms such as amount of CO2 emitted in production, and 42 per cent were looking for information measuring impact in understandable terms, such as litres of water used or distance travelled.

It found that 41 per cent wanted to see recognizable certification to prove their standards, such as B Corp status, awarded to companies that sign up to a legal declaration to consider the impact of their decisions on their workers, customers, suppliers, community and the environment.

The survey also revealed differing views on who was to blame for global heating. Consumers were more likely to think their own country was suffering from climate change than causing it, according to the research.

The new survey also reveals differing views on who was to blame for global heating. Consumers were more likely to think their own country was suffering from climate change than causing it. #GlobalHeating #ClimateCrisis

The International Energy Agency highlighted the importance of the public understanding that their own consumption is integral to reducing emissions in its roadmap to net zero in May. It said more than half of the cumulative emissions reductions required to reach net zero were linked to consumer choices and behaviours.

Richard Cope, a senior trends consultant at Mintel Consulting, said: “The good news is that in most countries, a small majority still believe we have time for redemption, and where there is that optimism, it is closely related to a sense that consumer behaviours can make the difference.”

Despite the evidence of awareness among the buying public of climate responsibility and the impact of individual choices, the survey also revealed that in the 16 nations, many individuals wanted solutions to make their lives easier, but which would put the planet more at risk.

It also found that as temperatures rise around the world, increasing numbers of people are planning to install air conditioning, which drives up carbon emissions.

The public's opinion is often

The public's opinion is often not well-informed enough to reflect anything other than the obvious: an uninformed opinion.

Given how the world's politicians have responded so far to the climate heating emergency and, based on their current and proposed policies, it would be irrationally optimistic, even delusional, to hold the view 'climate disaster' will be averted.

Human civilization, as we understand it, cannot function on a 2.0C or warmer world. It is not even assured it can function, as it does now, on a planet 1.5C warmer, the proposed global 'target.'

The increasing extreme weather events we are seeing today are a consequence of 1.16C of warming.

The current prediction, taking into account proposed policies changes, is 2.9C of warming. Past predictions have tended to underestimate warming and their consequences.

Civilizations like today's cannot function on a much warmer planet. As civilizations break down due to the destructive infrastructure and social consequences of increased warming so will their exacerbating effects on warming. Loops work in both directions. What might remain of civilizations after cascading climate disasters might work quite well, largely because they will be much smaller, less resource intensive, and less polluting.

The transition to post-climate disaster civilizations will likely be brutal for most people. History suggests we human beings lack the cultural means for important social change that is not brutal.

Can what is inevitable, as the evidence now suggests, be averted? Yes. But, it would require, as a first step, leaders and influencers being honest with themselves and the "public." Have human beings ever done that?

It shouldn't be about

It shouldn't be about consumer choices. We shouldn't be in the position of trying to figure out whether this product is made with less carbon or that product with more, they should all be forced to make the products with less, so that all our available choices are good.

Article does not answer the

Article does not answer the question.

I spent the last too long

I spent the last too long noodling around trying to find out where we're at in degrees average warming here and there in Canada. I believe the calcs used in the "under 2 C" or "under 1.5 C" posit 1990 as point zero?
Whatever the global annual average is now, I seem to recall reading some considerable while ago that the Canadian polar seacoast areas have sustained warming to date of nearly 2 degrees. The highs are on an order that we were not accustomed to along our southern borders even, just 30-35 years ago.
What I don't understand is all this, "it's starting to show" stuff. It's been "showing" for ages. It's at a point where it looks like huge tracts of geography hiherto as near ideal for human habitation as could be described, will within decades be uninhabitable.
Enough with the talk. We need legislated action.