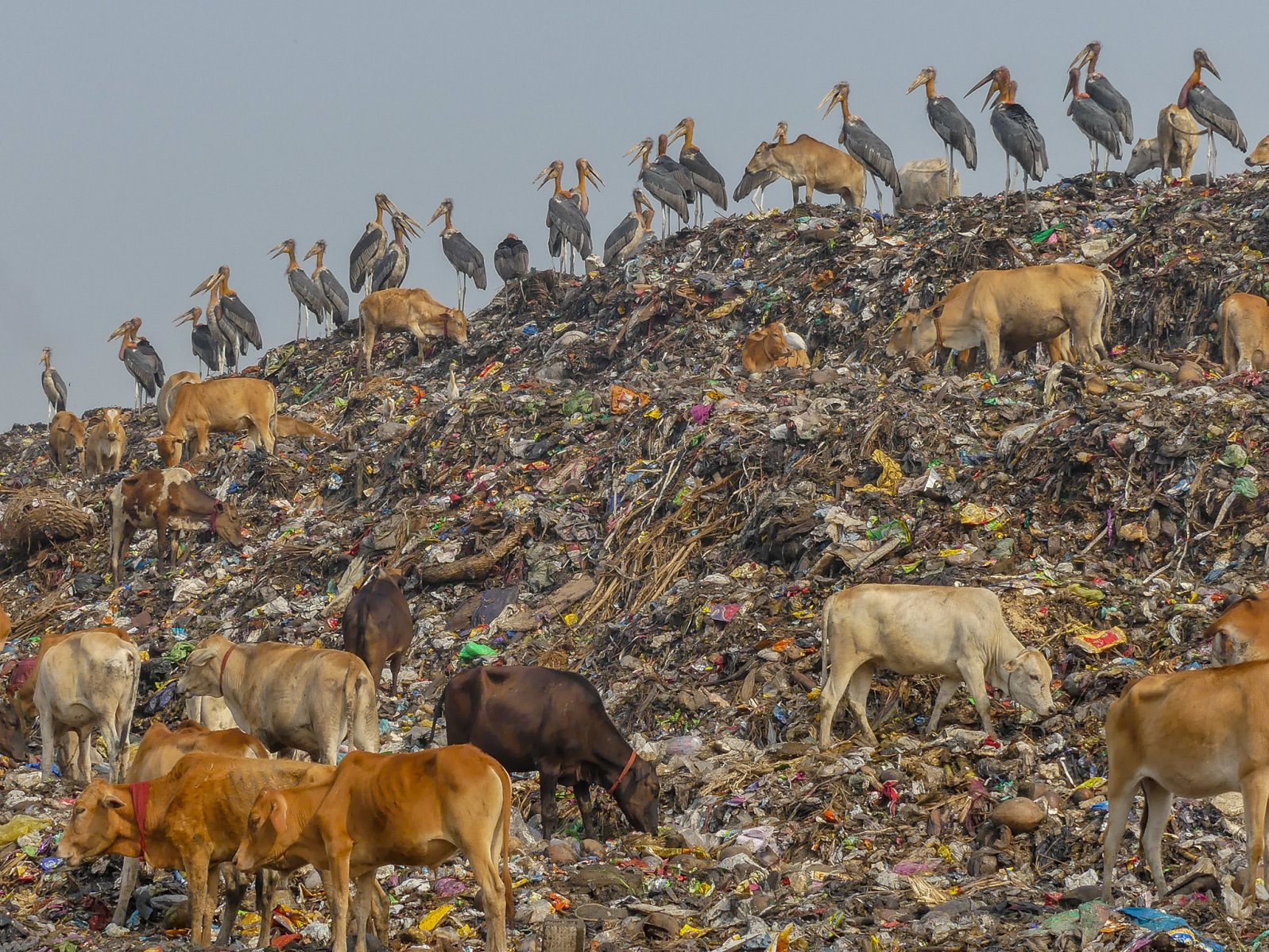 The agreement, to be scrutinized at the Kunming summit, aims to address how to feed the world’s growing population while protecting the environment. Photo by Mike Prince / Flickr (CC BY 2.0)
Previous story
Next story

Eliminating plastic pollution, reducing pesticide use by two-thirds, halving the rate of invasive species introduction and eliminating $500 billion of harmful environmental government subsidies a year are among the targets in a new draft of a Paris-style UN agreement on biodiversity loss.

The goals set out by the UN Convention on Biological Diversity (CBD) to help halt and reverse the ecological destruction of Earth by the end of the decade also include protecting at least 30 per cent of the world’s oceans and land and providing a third of climate crisis mitigation through nature by 2030.

The latest draft of the agreement, which follows gruelling virtual scientific and financial negotiations in May and June, will be scrutinized by governments before a key summit in the Chinese city of Kunming, where the final text will be negotiated.

Alongside the 2030 draft targets, new goals for the middle of the century include reducing the current rate of extinctions by 90 per cent, enhancing the integrity of all ecosystems, valuing nature’s contribution to humanity, and providing the financial resources to achieve the vision.

The Guardian understands that the summit, scheduled for October, is expected to be delayed for a third time due to the coronavirus pandemic. It is now likely to take place in Kunming in the first half of 2022, pending in-person preparatory negotiations that could happen in Switzerland early next year.

Basile van Havre, co-chair of the CBD working group responsible for drafting the agreement, said the goals were based on the latest science. He added that, if adopted, it could represent a significant shift in global agriculture.

“Change is coming (in food production),” he said. “There will be a lot more of us in 10 years and they will need to be fed, so it’s not about decreasing the level of activity. It’s about increasing the output and doing better for nature.

“Cutting nutrient runoff in half, reducing pesticide use by two-thirds and eliminating plastic discharge — those are big. I’m sure they’re going to raise some eyebrows as they present significant change, particularly in the agriculture (sector).”

Last month, van Havre warned the world was running out of time for an ambitious deal at Kunming, which is part of a multi-decade ambition to live in harmony with nature by 2050.

Scientists have warned that humanity is causing the sixth mass extinction in the planet’s history, driven by overconsumption of resources and overpopulation. One million species are at risk of extinction largely due to human activities, according to the UN’s assessment, threatening the healthy functioning of ecosystems that produce food and water.

In the latest set of 21 targets to be negotiated at Kunming, nature-based solutions such as restoring peatlands and adopting regenerative agriculture will contribute at least 10 GtCO2e (gigatonnes of equivalent carbon dioxide) a year to global climate crisis mitigation efforts — around a third of the 32 GtCO2e annual emission reductions needed as identified in the UN Environment Program emissions gap report 2020 — while ensuring there are no negative impacts on biodiversity.

“We wanted to put (the contribution of nature) into an absolute number. We don’t control what is happening on the climate change agenda, but science is telling us this is what we can bring to the issues,” van Havre said. “The challenge is going to be how we do the carbon accounting.”

Other targets include efforts to restore freshwater and marine habitats, maintain genetic diversity of wild and domesticated species, increase financial flows to developing countries, improve business disclosures on how their activities damage the environment, and respect the rights of Indigenous communities in biodiversity decision-making.

Robert Watson, who has previously led the UN’s scientific organizations for climate and biodiversity and has held various senior roles within the U.K. government, NASA, the World Bank and the U.S. government, welcomed the draft targets, but cautioned that some were unrealistic and difficult to measure. Governments have failed to fully meet targets to stem the destruction of nature for consecutive decades, including the aims for the 2010s, which are known as the Aichi targets.

“Overall, the paper recognizes and addresses all of the key issues, as did the 20 Aichi targets. The question is whether governments can set appropriate national targets and regulatory and legislative frameworks to enable the other actors, especially the private sector and financial institutions, to play their part,” Watson said.

“I would have hoped that the paper would have explicitly acknowledged that the issues of biodiversity, climate change and land degradation must be addressed together and the goals, targets and actions of the three conventions should be jointly developed and harmonized.”

The targets and goals must now be negotiated at in-person talks, where they will be updated after feedback from national governments. Once agreed, the final accord will be adopted by the 196 parties to the CBD.

Elizabeth Maruma Mrema, executive secretary of the CBD, said: “Urgent policy action globally, regionally and nationally is required to transform economic, social and financial models so that the trends that have exacerbated biodiversity loss will stabilize by 2030 and allow for the recovery of natural ecosystems in the following 20 years, with net improvements by 2050.”