States in Midwest call for reopening of Canada-U.S. border 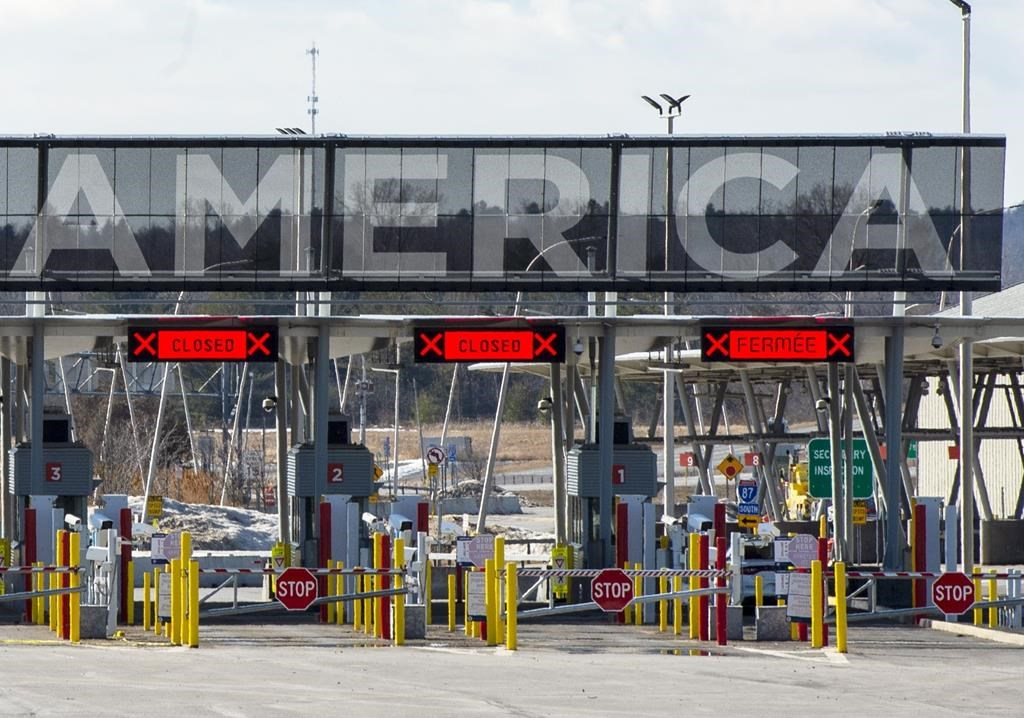 A well-known American advocate of stronger Canada-U.S. ties helped state lawmakers from across the Midwest formally vent their bilateral frustrations Wednesday with an official request that the two countries "immediately" open their shared border to fully vaccinated travellers.

Scotty Greenwood, CEO of the Canadian American Business Council, was giving a presentation to the Midwestern Legislative Conference in Rapid City, S.D., when she got an earful from delegates complaining about Canada's arbitrary enforcement of COVID-19 travel restrictions.

By the time the annual meeting of the conference was over, it had unanimously passed a formal resolution, at Greenwood's suggestion, adding more political pressure to the burning question of precisely when and how incidental travel between Canada and the United States will resume.

"The interpretation of what is considered essential travel has been a matter of discretion by individual border crossing agents, creating confusion," the resolution reads.

"The Midwestern Legislative Conference does hereby request that the United States and Canadian federal governments fully reopen the border to all fully vaccinated individuals immediately."

It further notes that Canada is the second-largest source of foreign direct investment in the U.S., supporting about 500,000 jobs there, and that the two countries racked up $48 billion in two-way agricultural trade in 2019, before the onset of the pandemic.

The resolution describes the relationship as the most prosperous in the world, amounting to more than a trillion dollars in trade and investment each year, but one that depends on the "efficient movement of people, goods and services" to function properly.

The conference, an offshoot of the Council of State Governments, represents legislators from 11 states across the U.S. Midwest — Illinois, Indiana, Iowa, Kansas, Michigan, Minnesota, Nebraska, North Dakota, Ohio, South Dakota and Wisconsin — as well as the province of Saskatchewan. Alberta, Ontario and Quebec are also affiliate members.

The Maple Leaf flag was on display during Tuesday's state dinner, Canada was mentioned in prayers beforehand and the national anthem was performed, but despite these flourishes none of the Canadian-based delegates were on hand because of the restrictions.

The resolution, Greenwood said in an interview, was not preplanned, but rather emerged organically from her discussions with delegates and was passed unopposed — an indication of the mounting frustrations south of the border, particularly in the agricultural community.

"This is not just the northern border. This is the entire Midwestern region of the United States," Greenwood said.

"It's significant because of the broad reach, if you just look at the map of the country and who these folks represent. It's significant because it is bipartisan; it's leadership from all of these state governments. And it is a validation of how important this Canada-U.S. relationship is, and what is at stake economically if we continue to keep the border closed."

The border has been closed to non-essential travel since March 2020, with the mutual restrictions extended bilaterally on a monthly basis ever since. They are currently set to expire July 21, which means an announcement about next steps is likely in the coming days.

Last week, Canada began exempting fully vaccinated Canadian citizens, permanent residents and a handful of eligible others from the requirement that they quarantine for 14 days upon arrival, including three days in a government-approved hotel in the case of air travellers.

Experts and observers have been speculating about whether the U.S. might lift its own restrictions along the northern border before Canada is prepared to reciprocate. Signals to date from White House press secretary Jen Psaki suggest that's unlikely, at least for now.

Those same observers, however, see the prospect of a looming federal election in Canada — and fears of long delays at the border serving as the backdrop to a campaign sure to hinge on how the governing Liberals have handled the pandemic — as a major factor in the federal government's thinking.

Public opinion in Canada, which was dead-set against the idea of allowing U.S. residents into the country at a time when COVID-19 was running rampant in that country, has begun to shift, said Kathryn Bryk Friedman, a border expert and professor of law and planning at the University at Buffalo.

"I believe that the federal election in Canada is playing a strong role in the calculus of whether to lift border restrictions," Friedman said.

"If Canadian public opinion is shifting, then the government will, in my opinion, follow suit."

Whatever happens, it needs to unfold in a mutual, bilateral fashion, said David Jacobson, a U.S. ambassador to Canada under former president Barack Obama who now serves as vice-chair with BMO Financial Group. It would be "suboptimal" if the U.S. decided to go it alone, he said in an interview.

"People move back and forth, sometimes within a matter of hours; well, if one side is open, and the other side requires 14 days of suffering, that's not going to work," Jacobson said.

As for any long-term effect on Canada-U.S. relations, it's possible it ends up being for the better, he added.

"If this relationship can withstand Donald Trump for four years, it can withstand whatever's going on now — there is too firm a foundation," Jacobson said. "Maybe it's one of those many things where we demonstrate that unlike a lot of neighbours, we're able to work together and we're able to solve problems together."