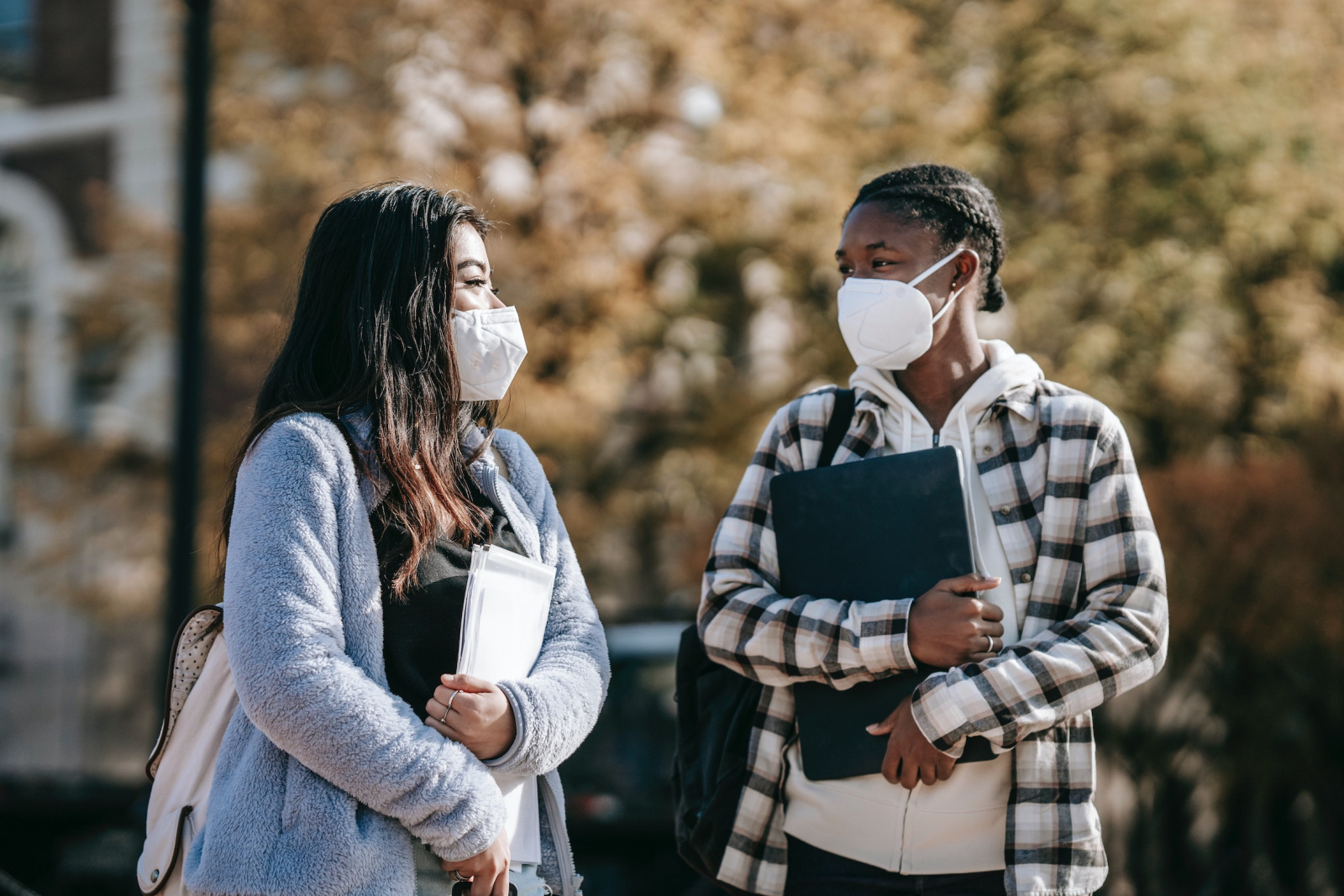 Students in Ontario might need to keep wearing masks when school returns in September, epidemiologists say. Photo by Charlotte May / Pexels
Previous story

As Ontario students and their parents wait on the province’s education minister for word on what September’s school reopening will look like, medical experts say masks might need to remain a fixture of life, especially for elementary students.

While those 12 years and older have been eligible to get the Pfizer-BioNTech COVID-19 shot in Ontario since late May, no vaccine has yet been approved for younger children, who will be returning to classes of much the same size as before the pandemic.

“As long as COVID is circulating, children are vulnerable,” said Ashleigh Tuite, an infectious disease epidemiologist and mathematical modeller at the University of Toronto’s Dalla Lana School of Public Health. “It's so transmissible, that in the absence of vaccination, we would expect over time that all kids would get infected.

“I think for now, keeping masks is the prudent route to take,” she said, noting that if the virus was largely eliminated by September, the requirement could be easily altered.

Ontario had required mask-wearing starting in Grade 3 in the last school year, before schools were shuttered and moved to online-only in April amid a third wave of infections.

The number of new COVID-19 cases reported daily in the province has been in steady decline since a peak that month above 4,000, and has been under 300 cases every day in July so far.

But Dr. Keiran Moore, the province’s chief medical officer of health since late June, said earlier this week that public health modelling suggests cases will rise again in September as the weather cools.

“I absolutely expect a rise in COVID activity in September,” he said, noting an increase in cases would mostly affect unvaccinated people.

Just under half of all Ontarians are fully vaccinated, and more than two-thirds have received a first shot, according to public health data. That drops to just over 60 per cent of 12 to 17 year olds with a first dose and 27 per cent double-vaccinated.

Those under 20 account for roughly eight per cent of Ontario’s COVID-19 cases, although severe illness has been rarer among younger people.

Tuite said schools and boards should know how much of their population has been vaccinated (but don't necessarily need to know who) in order to properly calibrate their response to any outbreaks.

“As long as #COVID is circulating, children are vulnerable,” said @AshTuite, an infectious disease epidemiologist and mathematical modeller at the University of Toronto’s Dalla Lana School of Public Health.

“If we don't have that information, then it places schools in a difficult situation in the sense that they would have to start from a place where they’re assuming that vaccination coverage isn’t high,” she said, which could lead to more frequent or widespread closures.

Sick Kids, the pediatric hospital in Toronto, plans to release updated advice collected from its own experts and others on the best way to manage the return to school in the next few days.

Dr. David Fisman, a professor of epidemiology at Dalla Lana, said there won’t be a one-size-fits-all answer to many of the outstanding questions about back-to-school, but emerging knowledge about how the virus spreads should guide procedures.

Fisman, who was lined up to provide evidence on behalf of teachers unions’ filing a safety complaint that the province’s labour board rejected last year, said outdoor activities for vaccinated high schoolers shouldn’t cause concern, but indoors was more complicated.

“One might have a bit of trepidation around hard contact sports like tackle football, but again, that’s a big kid thing, so you can require vaccination for football,” he said.

Indoors is more difficult, he said, and groups that include a mix of vaccinated and unvaccinated students will need to use well-ventilated spaces, HEPA air cleaners, and masks.

“Understand that things like choir and drama and wind or woodwind musical instruments are great for aerosolization, and the number of superspreader events associated with choirs and karaoke speak to that,” he said.

Caitlin Clark, a spokesperson for Education Minister Stephen Lecce, said the Progressive Conservative government had channelled much of the federal and provincial funding earmarked for pandemic-related improvements to schools into ventilation upgrades.

“Over the past year, our government has invested over $750 million to improve air-ventilation systems and the safety of schools, with improvements made in every single school in every Ontario school board,” she said.

Schools in Ontario will stay closed until September