Ontario will get a school plan next week, Ford says 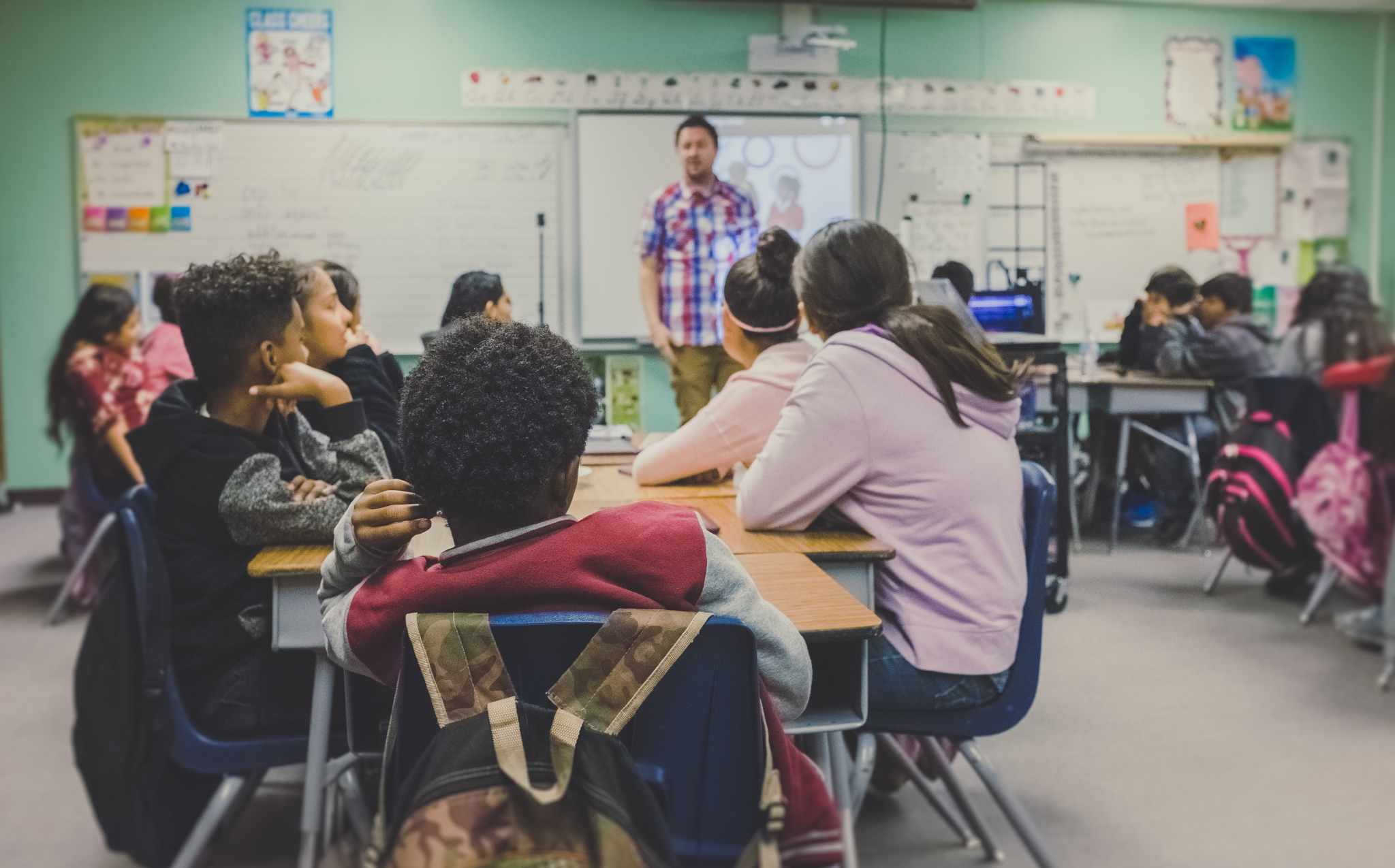 Students in elementary school may find it more difficult to keep their distance and cannot get vaccinated against COVID-19 yet. Photo by NeONBRAND / Unsplash
Previous story
Next story

Students and parents will wait another week to learn how their schools will deal with COVID-19 when Ontario classrooms reopen in early September, while nurses demand proof they’ve been properly ventilated.

With no official word yet on what rules will apply to limit its spread, parents say (among other things) that they want an easy way to know if their children have been exposed to the virus, which has kept students home from school for 26 weeks, the longest of any province.

“You better have non-invasive tests ready for September if u expect <12 to have 2 tests in that 10-day period,” said one parent on Twitter, using the popular #OntEd hashtag to join a vigorous online debate on the subject of how to protect those younger than 12, who are not currently eligible to get vaccinated.

Nicole, a small business owner with two children aged nine and four, made the comments a day after the province’s chief medical officer said unvaccinated people (such as elementary students) identified as a contact of a high-risk person could miss up to 20 days from school.

She told Canada's National Observer it would be difficult to have them out of school, and said the provincial government should lower the size of classes and add more paid sick days.

Fully immunized students and staff would face minimal interruption from work or school if they come in contact with a “high-risk” carrier of the virus and test negative for COVID-19, top health official Kieran Moore said on Tuesday.

Premier Doug Ford said on Wednesday that his education minister will have “a very comprehensive plan” to present early next week, after receiving a string of blunt recommendations from various stakeholders.

The Registered Nurses Association of Ontario (RNAO) added to that list of interested parties on Wednesday, calling on the Ford government to mandate vaccines for teachers who don’t have medical exemptions, reduce class sizes, improve ventilation and mandate indoor masking.

“We ask you: Has the funding from the federal government flowed from the province to the school boards?” the organization’s chief executive Doris Grinspun and president Morgan Hoffarth wrote in an open letter to the premier.

“Have the COVID-19 closures been utilized to do the building renovations and engineering work? Was this funding sufficient to meet the proper standards? We require full disclosure and full accountability from the government and school boards on these crucial matters,” they said.

Premier Doug Ford says Ontario will have “a very comprehensive plan” on school reopening next week, while nurses want to see the province mandate vaccines for teachers who don’t have medical exemptions, reduce class sizes and improve ventilation.

A spokesperson for Education Minister Stephen Lecce has previously said the government had invested over $750 million to improve ventilation in the province’s schools, including buying 55,000 portable HEPA air filtration units and 20,000 other air ventilation devices. Much of that is federal funding.

Most of the air-quality projects listed on a government database have a completion date of Dec. 31, 2021, but the ministry has raised concerns of boards making that deadline, and it could be extended to the end of 2023 or even 2024 for rural projects.

“RNAO is concerned about the lack of action on ventilation: an essential measure to keep people safe who are indoors,” the nurses’ letter said.

It said public health measures and government policy have been slow to respond to evidence that COVID-19 is transmitted by aerosols as well as droplets, making transmission more likely in poorly ventilated indoor areas.

The province’s science advisory table provided a detailed recommendation for long-term ventilation upgrades in a report last week that stressed the need to keep children safe and in classrooms as much as possible.

The group has also said vaccine certificates could speed the reopening of high-risk settings, but the government has given no indication that it plans to make teachers or other education workers get the vaccine or face additional restrictions at work.

(In the United States, where coronavirus cases are surging among the unvaccinated, President Joe Biden is expected to announce civilian federal employees must be vaccinated or submit to regular testing, social distancing, mask requirements and restrictions on most travel, two people familiar with the president’s plans said Wednesday.)

Provincial vaccine data shows almost two-thirds of youth aged 12 to 17 have received one dose, while 42 per cent have been fully immunized, which leaves more than 300,000 eligible Ontario students unprotected by any vaccine with just six weeks remaining of the summer holidays.

An easing of access had boosted second-dose bookings for young people in July, but it didn’t have nearly the same effect on those needing first doses.

They must wait at least 28 days after a first dose to get a second dose, and it will take two weeks after that to offer full protection.

“The minister is going to be coming out early next week and rolling out that plan. It's a very comprehensive plan,” Ford said. “Changing everything from the HEPA filters, to making sure they have proper ventilation in the schools, proper protocols and enhancing those.”

Didn't they also announce masking from I believe it was Grade 1 up?
There's a fair bit of cart-before-horse-ishness in the decisions, in the messaging used to deliver them, and in the reportage of both.
It's beyond bizarre to equate public health measures around a potentially deadly illness for which there is no "for sure" curative treatment, which causes long-term damage to tissues in even asymptomatic cases, and for which there is NO VACCINE EFFECTIVE AT PREVENTING INFECTION, per se.
Vaccinated people become infected, and in turn infect others, just as non-vaccinated people do. The difference is that the vaccinated people don't have the same degree of risk of death, or of the severest forms of the illness; so it's a good thing to do for yourself, and for your family (especially the unvaccinated or otherwise vulnerable amongst them). Unvaccinated children exposed at school, like vaccinated children exposed at school, risk being infected and infecting their households as well as fellow students. Vaccinated children are less likely to become very ill, but they are just as likely to infect others: just like the asymptomatic kids in the class who won't be detected absent regular screening tests.
BUT the main point is that UNVACCINATED KIDS who are exposed need to be removed *from* the heightened risk: they are not themselves The Risk, they are, however, at higher risk for worse outcomes than are their vaccinated classmates.
None of which speaks to the status of teachers or other staff.
I have to confess I am annoyed at the extent to which media has reported public health and safety measures as though they are somehow punishments.

Mask wearing needs to continue because we will continue to have, amongst vaccinated and unvaccinated alike, an ongoing reservoir of asymptomatic and/or pre-symptomatic cases.

Vaccination needs to continue because it is the best thing one can do to protect oneself and one's household from severe infection, and to reduce one's risk of infection both directly and indirectly.

But let's be clear that one masks for the benefit of "the other guy," but takes vaccine for one's own benefit.

That said, those in some professions face a lot of people "up close and personal," and at least some public-facing workers seem to as yet be unclear that wearing a mask hanging off the upper lip isn't useful to anyone.

As far as the poor souls who've taken their pandemic education from alt.far-right campaigns, what would be most effective is likely to explain why the things they think could happen to them from vaccination just can't, because biology.

Ironically, the same individuals who terrify themselves as to the ghoulish possibilities of far-future "issues" from the vaccine nevertheless appear to have no qualms about, say, eating junk food, bathing in a soup of toxic chemicals they choose to use in their homes, on their bodies, and in their "food."

No one ever said the world isn't an interesting place.