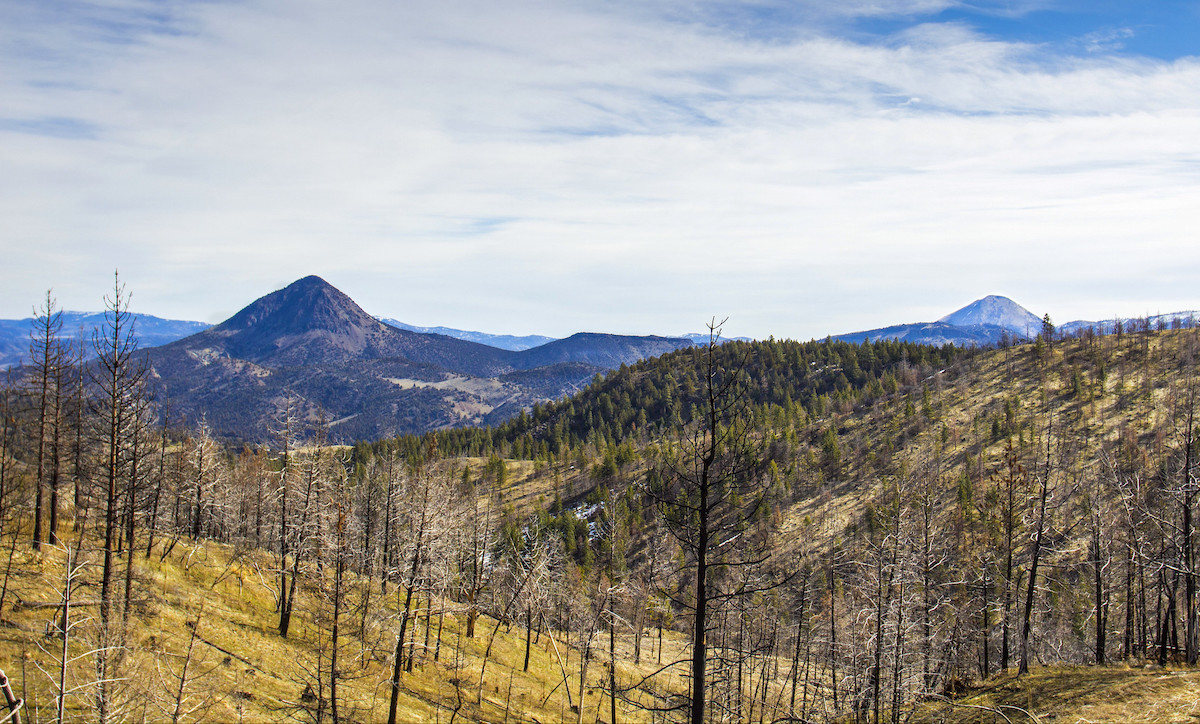 As the Bootleg Fire in southern Oregon swept toward him last week, Pete Caligiuri of The Nature Conservancy hustled to lay out water pipes and start the sprinklers to wet down the area surrounding a remote research station. The approaching wildfire had raged so fiercely that it had begun generating its own weather. Clouds of hot smoke formed towering thunderheads, which cast lightning down among the dry trees and urged the flames forward with gusts.

The Nature Conservancy had been preparing for this moment for decades. The Jim Castles research station sits at the north end of the Sycan Marsh reserve: 30,000 acres of mixed wetland and dry pine forest in the Klamath Basin, which the non-profit acquired in the 1980s. The conservation group worked with the Klamath Tribes that call this area home to restore the forested areas to the landscape that existed before Americans took over the land and began putting out fires. They cut down small trees, leaving fire-adapted specimens like thick-barked ponderosa pines, and they began setting fires, allowing them to consume decades of needles and branches on the forest floor.

The Bootleg Fire, now the largest in the country, is testing these methods. And the results offer a lesson for woodland communities throughout the West struggling to adapt to harsher fire seasons brought on by rising temperatures. As Caligiuri, the conservancy’s forest program director, was getting the sprinklers going around the station, he was also listening intently to the voices of firefighters crackling through a radio. “What we were hearing was that, as the fire moved out of the denser forest into these areas that had been treated, it came down out of the canopy of the trees and dropped to the ground,” Caligiuri said.

That’s exactly what the conservationists had hoped would happen when the Bootleg Fire reached them. The fire moved gently along the ground and did not harm the research station. Caligiuri stressed that it’s far too early to consider his story as anything more than anecdotal evidence. But there’s abundant published science that supports the underlying theory.

“We have overwhelming evidence that when we treat forests by removing fuels, it generally — not always, you can never say always, but generally — moderates fire behaviour,” said Maureen Kennedy, a professor who studies forest fires at the University of Washington, Tacoma.

Kennedy studied a similar situation as the one unfolding in the Sycan Marsh following the 2011 Wallow Fire in Arizona. She looked closely at the places where people had thinned the forest around two small towns, Alpine and Greer, preparation that probably saved them. Forest treatments like this work by spacing out fuel, Kennedy said. When there is a continuous ladder of branches and small trees from the ground to the canopy, it allows fire to rise up into the treetops. And when trees are close together, fires move from one to the next, growing hotter and hotter. Trees that are farther apart, however, encourage fires to fall to the ground. It makes sense, intuitively, but it’s still surprising when a wall of flame settles down and begins creeping across the forest floor, Kennedy said.

“No matter how many times I study it, no matter how much sense it makes in theory, it’s still amazing,” she said. “When you look at photographs from the Wallow Fire, that landscape was nuked, it was burning so hot that there were only blackened sticks that used to be trees left behind. Then, as you move into the treatment area, the trees are brown, and then further in, they are green.”

You can see the same thing in a photo taken after the 2020 North Complex Fire, near Quincy, Calif. There, too, the fire mellowed when it reached the area where workers had removed fuels, said Hannah Hepner, program manager for the Plumas County Fire Safe Council.

“We have overwhelming evidence that when we treat forests by removing fuels, it generally — not always, you can never say always, but generally — moderates fire behaviour,” said Maureen Kennedy, a professor who studies forest fires. #Wildfires

“That aerial photo is pretty incredible, and that is precisely where the fuels treatment took place,” Hepner said. But, she cautioned, these images shouldn’t set expectations too high: Fire behaviour is unpredictable, and some areas always burn more severely than others. Just across the street from that photo, she said, the fire continued to blacken trees — though even there, previous forest management allowed firefighters to get down a narrow road and save a wood-shingled building.

Examples abound: Forest management near Paradise, Calif., preserved the Pine Ridge School — a small island of standing structures amid the devastation of the Camp Fire. For years, other foresters thought John Mount was crazy for purposefully setting fires on the land that he managed for the electric company, Southern California Edison. But last September, the massive Creek Fire surrounded that land, licking up against it from three sides, but then settling to the ground and sparing trees.

It ain’t over till it’s over but so far it looks as though @SCE’s decades of burning & selective cutting in its Shaver Lake forest has paid off, big time. The fire comes up to @SCE land, drops to the ground, & stays out of the tree crowns. The #CreekFire is burning around Shaver. pic.twitter.com/rJTTmZX3d5

Today, Mount’s heretical ideas have become mainstream. The story is different in coastal wet forests or in brushland, which evolved with less frequent fires. But it seems clear that the arid pine forests of the American West are much more resilient to fire when they are not packed with small trees, brush, and a century of dry foliage. “Fires are natural, inevitable, and necessary in these dry forests, and we removed them,” Kennedy said.

In the next few years, scientists will scrutinize the Sycan Marsh to see how the Bootleg Fire reacted to different types of forest management, Caligiuri said, which will help people understand how to tame wildfires. There’s a long way to go, but neighbours across the West are organizing community groups to thin trees and conduct prescribed burns, while state and federal agencies are ramping up spending to increase this kind of management. People are starting to move in the right direction, Hepner said, “and yet sometimes conditions seem to be outpacing us.”

There is another potential

There is another potential fire fighting strategy. Bring back the beaver, their ponds and the wetlands they create. Not every tract of forest is suitable - but those that are should be stocked with beaver!