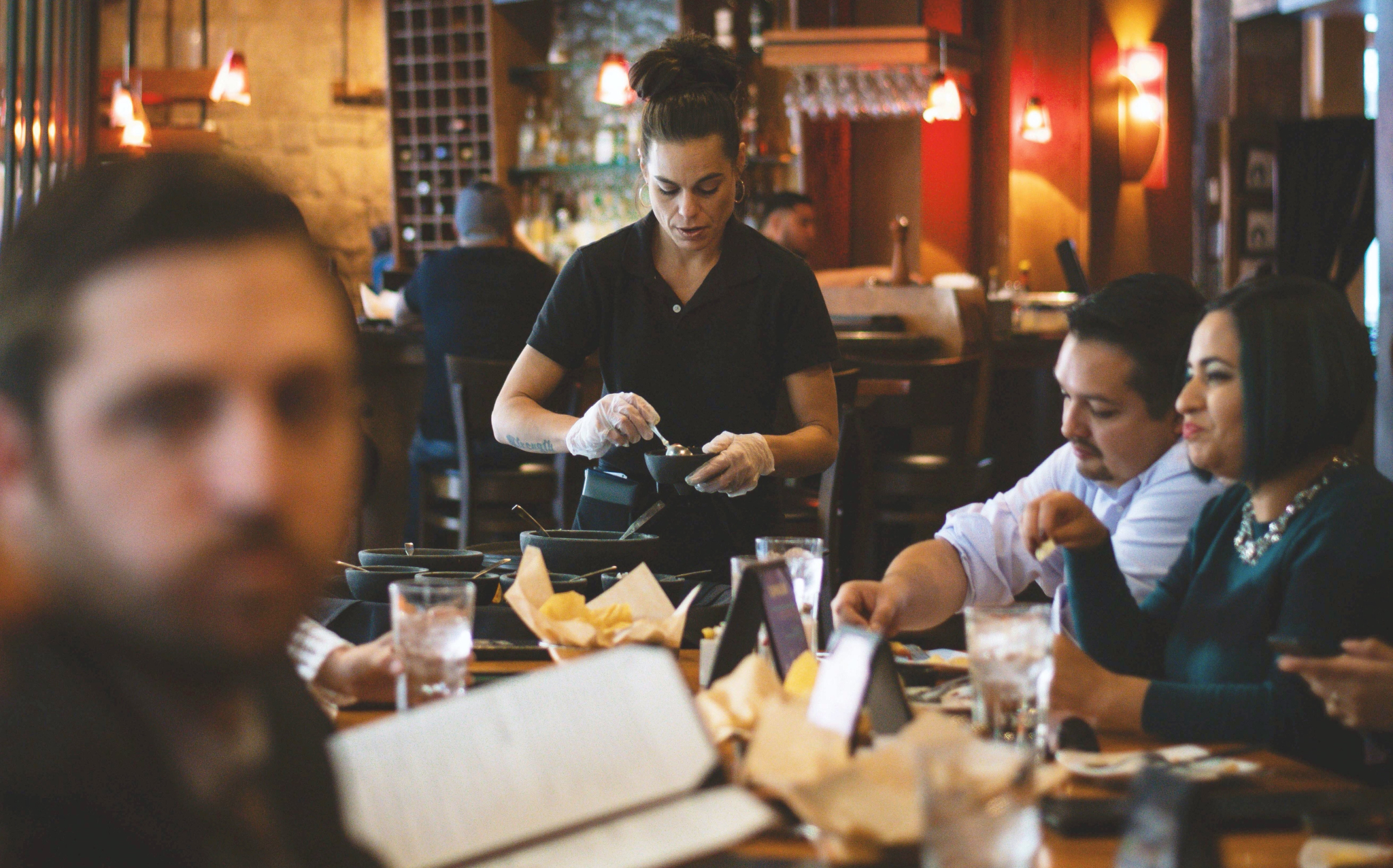 Young people drove many of the employment gains Canada notched in July, jobs data showed on Friday, as youth took up part-time work in hospitality and other industries amid an ongoing easing of public health restrictions.

Canada added 94,000 jobs in the month, Statistics Canada said, with employment among youth aged 15 to 24 up by 62,000. The overall gains were mostly in full-time work, but the boost among youth was mostly in part-time employment.

“No surprise, the bounce was again led by the hospitality sector, although the 35,000 rise in hotel and restaurant jobs was milder than expected,” Bank of Montreal chief economist Doug Porter said.

That industry added more than 100,000 jobs in June, and is expected to climb closer still to its pre-pandemic levels in August.

“Looking ahead, there will likely be one more seriously strong result for the current month, and then employment gains will likely settle into a long slog — after the reopening gains are done,” Porter said.

The gains for young workers added to progress made in June, which was their biggest boost since last summer.

For young men, the July gains in part-time work returned them to employment levels from February 2020, the last month of data unaffected by COVID-19. Young women in part-time work were on par with pre-pandemic levels, while full-time work was still off. The overall job market remains 1.3 per cent below pre-shock levels.

Young workers have had a tough time during the pandemic, shedding jobs on a massive scale when the initial shutdown impacted the retail and hospitality work they often do. They also took much longer to recover than older workers, with young women finding it especially hard to get back into the workforce.

“July is a particularly important month for student employment, as many high school students enter the labour market in June when school is over, and youth employment opportunities expand in child care and recreation activities for younger school-aged children,” the statistics agency said.

Young people made some of Canada’s largest employment gains in July, @StatCan_eng jobs data shows, as their part-time work in service industries returned with the lifting of public health restrictions. #Jobs #Employment

It plans to provide an indication of how the entire May-to-August summer job market compared to previous years next month.

Ontario accounted for almost all of the month’s overall employment growth, with an extra 72,000 jobs, after dropping in April and May and increasing in June. Almost 50,000 more jobs were recorded in the Toronto census metropolitan area. The province’s gains were led by manufacturing, while hospitality and retail also saw gains.

Almost all restrictions were lifted in Alberta, British Columbia, Quebec and Saskatchewan by the time Statistics Canada took its latest mid-month reading of the job market, while Ontario allowed personal care services to partially resume at the end of June, and indoor dining and some recreational activities were allowed starting at the end of the reference week.

The statistics agency said employment in accommodation and food services remains 18.7 per cent below its February 2020 level, with 228,000 fewer jobs. That accounts for more than a third of the overall difference between current and February 2020 employment.

During WWII, one out of every

During WWII, one out of every third male in Canada was employed in the military, and many women laboured in factories fulfilling government contracts. Despite an immense increase in public expenditures, the resulting well-trained workforce led to a golden era of post-war prosperity.

If we are smart, the government would mobilize the energy of our youth today not by leaving their future to the vagaries of the market but by direct job creation. A Youth Job Guarantee program funded by the federal government but administered by local municipalities and community groups would provide training and job openings for all who apply in areas such as public arts, recreational opportunities, tourism enhancement, helping the sick and aged, and protecting the environment.

Sound finance means putting people to work, not leaving them idle. Economist John Maynard Keynes declared during the Great Depression: "The .. belief that..it is “rash” to employ men.. is crazily improbable – the sort of thing which no man could believe who had not had his head fuddled with nonsense for years and years..".

What is a Job Guarantee?
http://bilbo.economicoutlook.net/blog/?p=23719

> ..the Job Guarantee is actually a macroeconomic policy framework designed to ensure full employment and price stability is maintained over the private sector business cycle.
>
> The Job Guarantee jobs would ‘hire off the bottom’, in the sense that minimum wages are not in competition with the market-sector wage structure.
>
> By not competing with the private market, the Job Guarantee would avoid the inflationary tendencies of old-fashioned Keynesianism, which attempted to maintain full capacity utilisation by ‘hiring off the top’ (i.e. making purchases at market prices and competing for resources with all other demand elements).
>
> Job Guarantee workers would enjoy stable incomes, and their increased spending would boost confidence throughout the economy and underpin a private-spending recovery.
>
__________________________________
Modern Monetary Theory in Canada