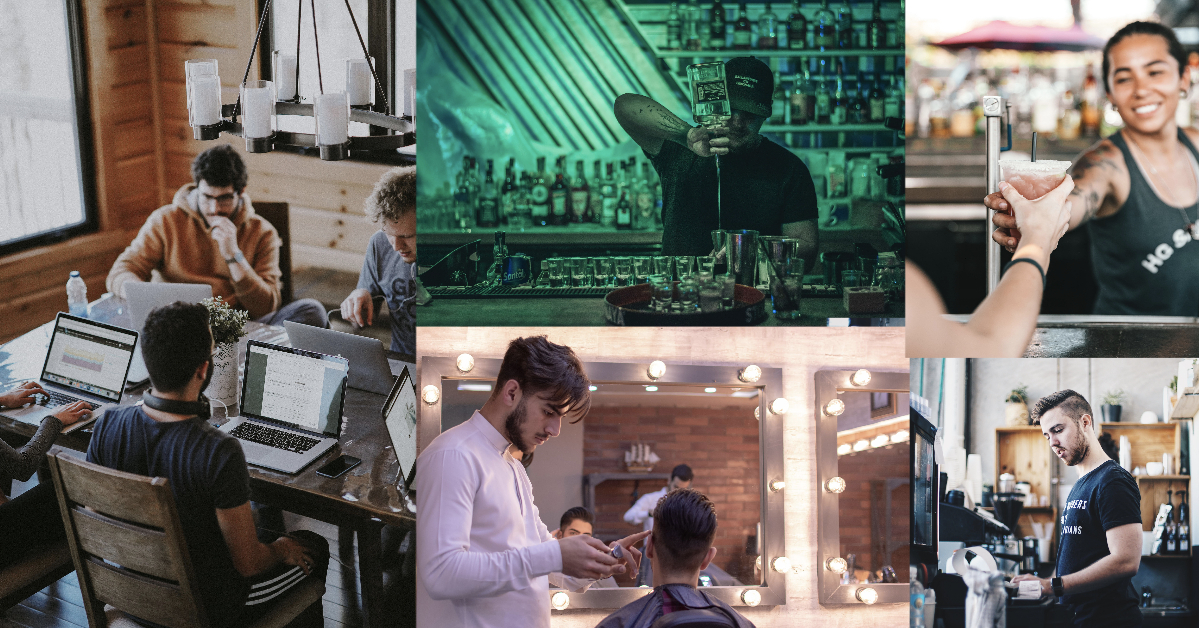 More likely to have a precarious grip on retail and hospitality jobs, young people were hit hard by layoffs in April, according to employment data released by Statistics Canada on Friday, as the COVID-19 pandemic largely kept shops, bars and restaurants closed.

Some 480,000 people between 15 and 24 years old lost their jobs last month, according to the data, with roughly 260,000 of those losses in part-time employment. That takes the total number of young people put out of work since the pandemic forced the closure of large swaths of public life in mid-March to 873,000.

The youth unemployment rate jumped to 27.2 per cent in April, from 16.8 per cent in March, while student unemployment was even higher, which the statistics agency said was “signalling that many could face difficulties in continuing to pay for their studies.”

The federal government last month announced a relief package for post-secondary students, many of whom were ineligible for a broader aid program launched earlier.

It has also adapted its summer jobs program to try to get more young people into jobs providing essential services.

Among non-student youth, a little more than half were employed in April, down from three-quarters in February.

Young people who have retained their jobs since COVID-19 hit have seen a sharp reduction in the number of hours worked, with a quarter reporting having lost all or most of their usual working hours.

ACCES Employment, which typically serves some 35,000 job seekers a year in the Greater Toronto Area, has seen an increased need for its programs and services since the pandemic, said Allison Pond, chief executive of the non-profit employment agency.

But she noted jobs are starting to become available in certain areas, with employers in the retail, food services, supply chain and home hardware and garden sectors now actively hiring.

“The pandemic has been especially tough for young people, and we've seen an increase in demand for our services,” Pond said. “We're hopeful that, as more of the economy reopens, we can help as many as possible get back into the job market. We are working with a number of employers that are still actively hiring for different roles.”

Young people bore the brunt of Canadian job losses in April, as they lost their precarious grip on jobs in retail and hospitality, employment data released by Statistics Canada on Friday showed.

While young people accounted for almost a quarter of the job losses across the country, they make up only 12 per cent of the labour force.

“It’s not surprising that youth have been hit particularly hard, because of their concentration in retail, food and accommodations and restaurant industries, and also the general inexperience of youth tends to make them more vulnerable,” said Andrew Agopsowicz, a senior economist at the Royal Bank of Canada.

He said that, as the country begins to slowly open up, there are several factors at play in whether younger workers return to their old jobs.

“Youth are probably easier to rehire because they generally don’t cost as much, but then, they may not have the same employment relationships, so maybe they won’t be the first people in line to come back.”

On the other hand, younger people may be more willing to look further afield for job opportunities, Agopsowicz said.

“On some level, youth might be more mobile, so they have less investment in a particular company or industry and will be able to spread their search out a little wider,” he said. “There might be some more flexibility there, but whether that turns into a lot of extra employment remains to be seen.”