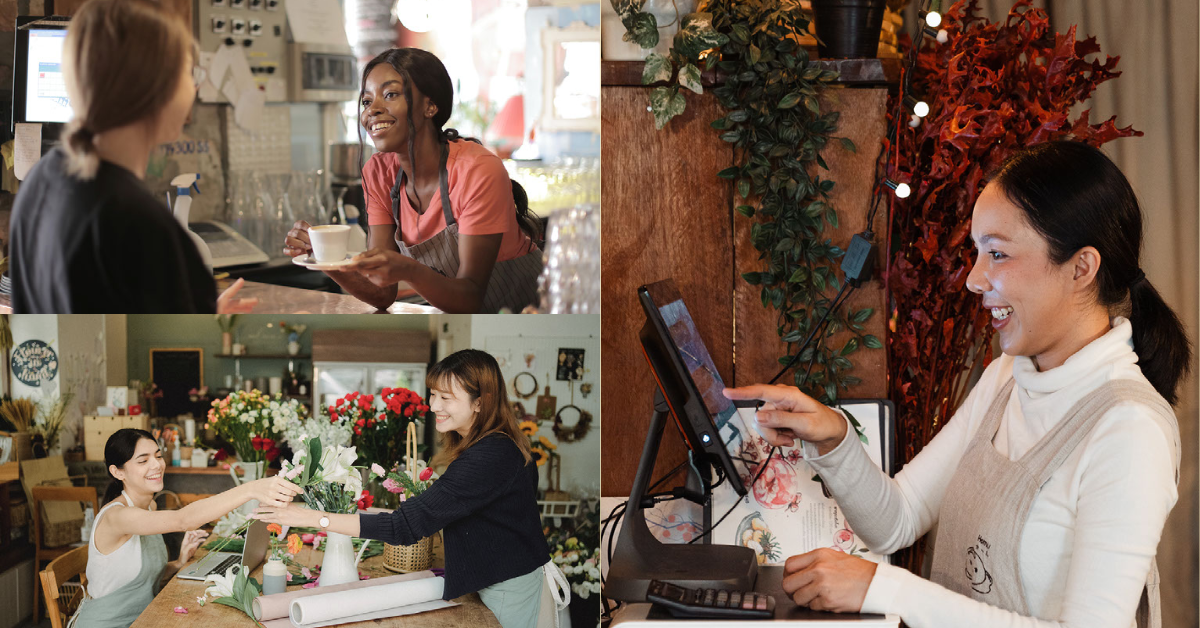 Young women have been hard hit by job losses in industries where they are over-represented. Florist photo by Amina Filkins, barista photo by Andrea Piacquadio, cashier photo by Ketut Subiyanto via Pexels.com
Previous story
Next story

In bars, restaurants and retail stores across the country, young women typically feature heavily among the workers who serve customers. With COVID-19’s varying public health constraints, they have struggled to find and keep their jobs.

While young men have also found it harder than older folk to return to work after sharp blanket restrictions were imposed in March and April, the resumption of construction and other manual labour jobs has helped, Statistics Canada employment data for November showed on Friday.

Participation fell back mostly due to young women exiting the workforce, the data showed, while more youth were in school than a year ago.

Employment for women aged 15 to 24 was still 11 per cent below February levels, it said, with little change last month, while 34,000 more full-time jobs were filled by young men. (They also shed 19,000 part-time jobs.)

The discrepancy is due to a variety of reasons, one employment industry participant said, including women carrying more caregiving responsibilities and gender bias affecting available work amid a pandemic weighing most heavily on young women, non-white Canadians and newcomers.

The unemployment rate of 18.2 per cent for young men was still the highest of all major demographic groups, but the rate is 6.6 percentage points higher for women versus a year ago and only 5.1 points higher for men.

“With recovery projects focused on infrastructure and capital, women are inherently at a disadvantage in that labour market as gender bias and previous work experience favours male candidates in that sector,” Alagaratnam said.

The NDP’s Catherine Fife, the Opposition party’s critic for economic growth and job creation, said the provincial government has seen the trend emerging and provided no new money for education and child-care services that would help women return to work.

Young women are more likely to remain jobless due to COVID-19 than any other age-gender demographic tracked by @StatCan_eng, with a stark gap in the first wave of the pandemic returning with the second one.

“Without a she-covery, Ontario’s economy will continue to falter,” she said in a statement. “The Ford government needs to invest in women and their families as the priority by expanding access to child care and making our schools safer. This will allow women to get back to their jobs and drive the economic growth that our province desperately needs.”

Employment increased for young men and for workers in Ontario overall, but 0.5 per cent growth in the province was much slower than the 3.1 per cent monthly average from June to September.

Employment was at a standstill in the Toronto census area, which includes six million people and stretches to Lake Simcoe in the north, Ajax in the east and Burlington in the west, after increasing for five consecutive months.

Young women took the hardest initial job losses in March and April, when retail and hospitality businesses were shuttered to try to contain the spread of COVID-19.

Youth employment remains down by a third versus a year ago in the information, culture and recreation sectors, and by a quarter in accommodation and food services as the countries wrestles with a second wave of infections that has eclipsed the volume of the first.

Losses in these two industries, which typically account for about a quarter of youth employment, have been partially offset by an overall gain in the construction industry compared to November 2019.

“This trend of inequity is particularly problematic when we take into account that those already removed from the labour force before the pandemic are being even further isolated from the workforce during this time,” said First Work’s Alagaratnam.

I was disappointed to see the

I was disappointed to see the installation of automated checkouts at my local grocery store. Granted, we are in the midst of a pandemic, but if there is one thing we should have learned from these times, it is that if we care for others in our society, then we will come out further ahead as a whole. It may be nice to save a dollar or two through lower labour costs, but hey, one can save a dollar or two by not wearing a mask also. The workplace not only provides some with a source of income, (and there are some who may desperately need it); but it is also is often a place to meet and interact with the rest of society, and I think that is a value that is sometimes underestimated. The grocery chains are making big profits now, and I will try to take my business elsewhere.