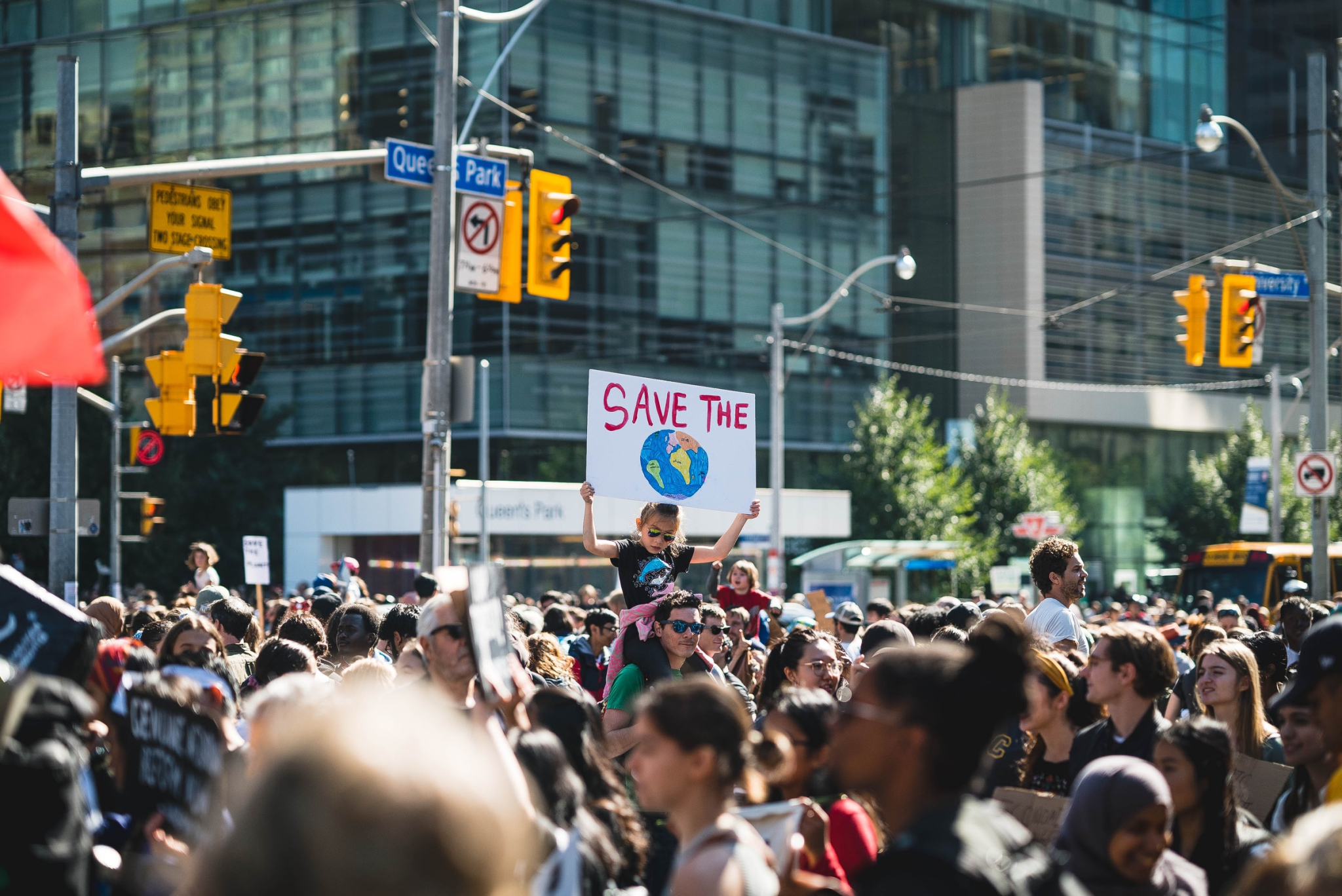 The federal election is now underway. Liberal Leader Justin Trudeau dropped the writ just five days after the release of the latest chilling report from the Intergovernmental Panel on Climate Change (IPCC), in which over 200 of the world’s top climate scientists warned us that we are on borrowed time.

A clear take-away from the IPCC report — as if this summer’s extreme weather events weren’t evidence enough — is that the climate crisis must be a defining issue in this federal election. The Parliament we elect on Sept. 20 will hold our fate in its hands. And those seeking office must prove to us all that they get the emergency and are prepared to do what it takes to meet this moment with us.

This has been a deeply unsettling summer for many — the extreme heat dome in June with its staggering loss of life, the devastating fires, and now warnings that Canada could be facing a historic drought with major repercussions for food prices. As David Suzuki, Margaret Atwood, Michael Ondaatje, and Stephen Lewis wrote in a letter calling for a special leaders’ debate on the climate emergency:

“We’ve almost run out of time. If we fail to act quickly on the climate crisis, then over the course of the coming decades, things get horrific — a world that is unlivable and catastrophic for many, deeply uncomfortable and disruptive for all others, and quite possibly ungovernable… If this were an election during the Second World War, no one would question the need for a special leaders’ debate on that subject. Today, the need for a designated leaders’ debate on the climate emergency is no different. It is not a luxury or a diversion: It is a necessity.”

I strongly dislike our current first-past-the-post electoral system and have long supported a system of proportional representation — one that would liberate people to vote their values. But for now, we have to work with the system we have. And given that system, here’s how I see the strategic situation. The path to victory with a real climate emergency and a just transition plan is narrow. To win one, two elements are needed:

First, we desperately need to hold the government to a minority. Minority governments are more accountable. They are compelled to work with others, rather than govern with impunity for four years. More importantly, a minority means the public is given ongoing openings to press for stronger and bolder policies. The Liberals’ climate record — taking modest action on climate while simultaneously subsidizing and supporting the expansion of fossil fuel production — certainly does not merit them the majority they cynically seek with this early election call.

Second, we need to elect a huge contingent of true climate justice champions — people who genuinely get the emergency and will insist on bold action. With the country on fire, we need to elect political firefighters. We need to bolster the ranks of the climate squad across a number of parties. So, find your climate champion! If you don’t think you have one in your riding or, more likely, you don’t think they have a realistic chance of winning in your riding, then find one in a neighbouring winnable riding, and do everything you can to get them elected — donate, volunteer, organize, and vote.

This is our all-hands-on-deck moment.

How do you identify those climate champions? First off, question your local candidates. The Climate Emergency Unit (with which I serve as team lead) has prepared a list of candidate questions based on our “markers of emergency” framework, which folks can use to survey their candidates or to pose questions at all-candidate meetings. Environmental Defence has also produced a helpful guide to “What Makes a Strong Climate Plan.” It includes what to look for in a climate platform, false “solutions” to beware of, and some questions for candidates. No doubt additional useful resources will be forthcoming as the election unfolds.

Additionally, over the coming days, a number of groups active on the climate emergency file — 350.org, Lead Now, and the Climate Emergency Unit — will be endorsing climate champion candidates. Those endorsements will provide a helpful guide. But in the end, we will all have to make careful and considered decisions where we live.

The Parliament we elect Sept. 20 will hold our climate fate in its hands, writes columnist @SethDKlein for @NatObserver. #Elxn44 #Election2021 #ClimateAction #ClimateJustice

The challenge will be identifying candidates who are both true climate emergency champs and in winnable ridings, particularly in swing ridings. That’s not easy. Riding-level results from the last election provide some guidance, but those won’t capture recent dynamics, either nationally or locally, or the momentum and energy that potentially comes with an exciting new candidate on the scene.

Some wonder if these endorsements will be a front for the NDP. They aren’t. While the NDP is running on its strongest climate platform to date, it has its shortcomings. Anyone active on the climate file can point to missing elements. That said, the lists of endorsed climate champions will no doubt consist of a majority of NDP candidates for a few reasons.

First, the NDP is fielding an unusually strong roster of true and seasoned climate justice activists, people with a solid record of taking bold and principled positions (even when it means diverging from the party brass).

Second, while the Liberals may have some genuine climate champs in the running, the basic strategic and big-picture math of this moment is that the Liberals need to be prevented from securing a majority. Given that, a Liberal climate champ, in my view, needs to be pretty darn amazing to merit support.

Third, while the Greens no doubt have many climate champs on the ballot, the simple truth, given current polling, is that the large majority of them have no chance of winning, and worse, they may only split the progressive vote. That’s certainly not true of the two incumbent Green MPs, Elizabeth May and Paul Manly, both of whom are climate champs I hope to see re-elected. And it may not be true of a few others, but it’s likely too soon to tell.

Like I said, these are tough calls and our current electoral system doesn’t make it any easier.

Whatever the outcome of the Sept. 20 election, the next morning, we will all need to regroup, reenergize, and then join the student climate strikers on Sept. 24 to demand that the new Parliament, whatever its composition, mobilize Canada for the climate emergency.

This conundrum can be

This conundrum can be addressed far more succinctly by simply saying ABC, anything but conservatives. And since the right wing has gone down a rabbit hole for the foreseeable future, when will the left own up to their own "narcissism of small differences" and unite SOMEHOW to put us all out of our misery if THEY truly "get it" in the way that Seth Klein assumes.

No it cannot. The Liberals

No it cannot. The Liberals are deeply problematic on climate. The crux of this person's argument is precisely that Liberals need to be held to a minority. Whether you agree with that position or not, it is NOT at all the same position as ABC.

IEA says "no investment in

IEA says "no investment in new fossil fuel supply projects".
*
PM Trudeau (2016): "There is growth to be had in the oilsands. They will be developing more fossil fuels while there's a market for it, while we transition off fossil fuels."
Trudeau (2017): "No country would find 173 billion barrels of oil in the ground and just leave them there."
On Jun. 17, 2019, the Liberal Govt declared a climate emergency.
On Jun. 18, 2019 — the next day — the same Liberal Govt approved the TMX pipeline expansion project.
*
Trudeau's response to the IEA (in translation): "Nonsense. I want to extract as much carbon from the oilsands as possible and put in the atmosphere."
That's our climate champion.

The discrepancy between BC

This is pretty much my

This is pretty much my position on this election, so of course I'm going to think the article is good and well thought out. In the broader sense, in the long term, I want the Greens to do well . . . but in a tactical sense for this election, I'm actually kind of relieved that they're imploding and likely to not split the vote much except in the couple of ridings where local conditions and particularly strong candidates make them truly competitive.

I too would really like to see proportional representation so we wouldn't have to worry about this kind of conflict.

Thank goodness I can dump all

Thank goodness I can dump all responsibility on the government and we can skip the conversations about individual choices. I'm sure the government can make us all stop wasting 40% of our food, revive Greyhound by taking multi-day bus journeys instead of air, and stop letting anybody buy foreign products that have high carbon footprints, like any steel from China or India.

I can’t understand Seth Klein’s use of the term “climate justice”. The climate crisis has nothing to do with justice, and it is dangerously distracting to suggest that it does. It’s about the survival of the human race as a whole, not about conflict between individuals or groups within that race. What is needed is effective action, not ideological squabbling. The frightening truth is that none of our political parties, and only a handful of individual candidates for office, are wiling to address the issue realistically. A massive change of course at an international level is required, not a bit of tinkering with the arrangement of the deck chairs. It will require resolution and action of a scope we have previously seen only in world wars. It requires first and foremost agreement between all or most nations in the world. Given that our contenders for national elective office are unwilling to set their individual interests aside and face the crisis realistically, it is difficult to hope that a concert of nations can be achieved before it is far too late. Introducing the distractions of ideological rhetoric will not help.

First, a disclosure: I

First, a disclosure: I volunteer for, donate to, and am a member of the Green Party.

Simply put, I don't think that a vote for the Liberals or the NDP (whose supporters' hearts are in the right place) sends any kind of message on the importance of the environment and climate. I think that each vote for the Green Party sends a very clear message to all parties.

I should mention in closing that I have been disturbed and disappointed by the internal turmoil within the Green Party, but still believe that my time is well spent volunteering for them in this election.