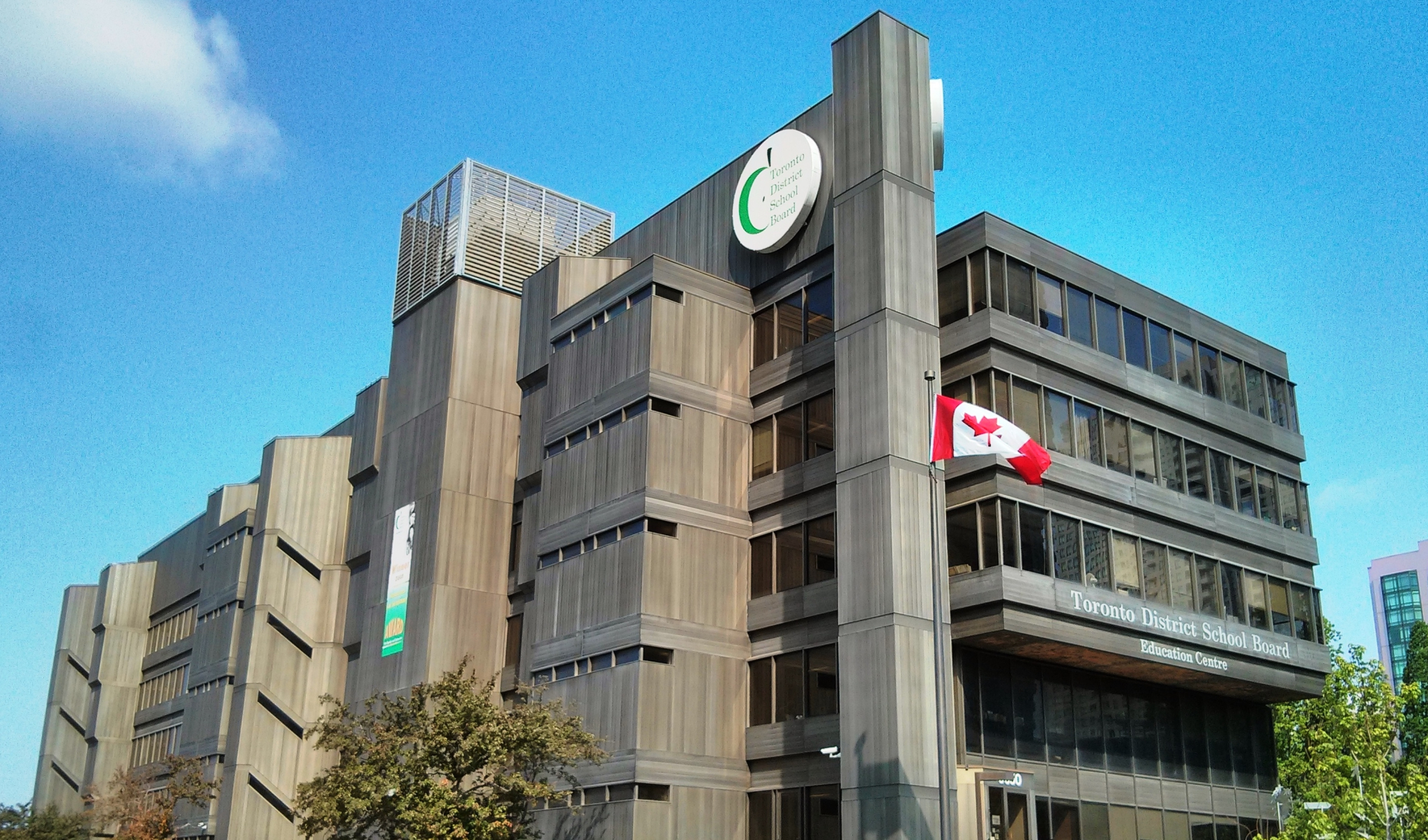 All Toronto District School Board staff, trustees, and visitors must prove they are fully vaccinated, Canada's largest school board said on Aug 25, 2021. Photo by PFHLai / Wikipedia
Previous story
Next story

The Toronto District School Board has used its authority to do what the education ministry and the government it answers to have not: require proof of vaccination against COVID-19 in schools or a stringent vetting process for any visitor who refuses.

“The data is clear — being fully vaccinated significantly reduces the risks of the most serious outcomes of COVID-19,” TDSB chair Alexander Brown said in a statement, calling it an important protective measure, especially for younger students not eligible yet to get the vaccine.

The board will also write to Toronto and Ontario’s chief medical officers of health and Education Minister Stephen Lecce to reiterate its support for a wider push to add the COVID-19 shot to the list of compulsory vaccinations for eligible students, the TDSB said.

More than 76 per cent of 12- to 17-year-olds, the youngest age group for which an approved vaccine is available, have received at least one Pfizer-BioNTech shot, according to provincial public health data from mid-August. That’s a slightly higher uptake rate than among 18- to 29-year-olds where 73 per cent have at least one dose.

Premier Doug Ford has so far refused to implement a provincial vaccine passport or certificate that would help the growing number of companies and other groups implementing their own mandates.

Health units are ready to create their own regional health certificates if the province keeps holding out, the head of their association told CBC Radio on Thursday morning, while other school boards in and around Toronto have yet to announce policy around vaccine requirements.

The province’s seven-day average of cases is above 600 a day again and the number of COVID-19 patients in hospital is back above 300 for the first time in more than two months (more than half of them in intensive care) as experts warn of a looming fourth wave worse than the previous three.

The TDSB plan, which was unanimously approved by trustees Wednesday evening, will now be passed to staff to turn into procedure by Sept. 9 (when TDSB schools reopen for the first time since early April) or as soon as possible after that.

It requires that all TDSB staff, trustees, and visitors “disclose and provide proof” they have been fully vaccinated with a schedule of disclosure deadlines, and for those who have not, to attend mandatory education on the benefits of vaccination.

It would also consider when testing would be required, and allow for accommodations as set out in human rights legislation, the board said.

The TDSB plan will now be passed to staff to turn into procedure by Sept. 9, when TDSB schools reopen for the first time since early April, or as soon as possible after that. #COVID19 #ONpoli

The two-shot Pfizer and Moderna vaccines now mainly being used in the province require a month between doses and two weeks after the second one to be deemed fully effective, meaning those who have held out will not have time to do so before school starts in two weeks.

While the risk for children and younger people showing symptoms, getting sick, or being hospitalized due to COVID-19 is lower than for older people, recent studies suggest they could be just as likely to pass it on.

And the rising case numbers overall mean more younger people are expected to get infected, especially since they are returning to a group setting for the first time since April.

Doug Ford won’t require vaccinations, but U of T will

Ontario requires masks but not vaccines for return to class