Afghanistan, pandemic are casting a shadow over the Liberal campaign efforts 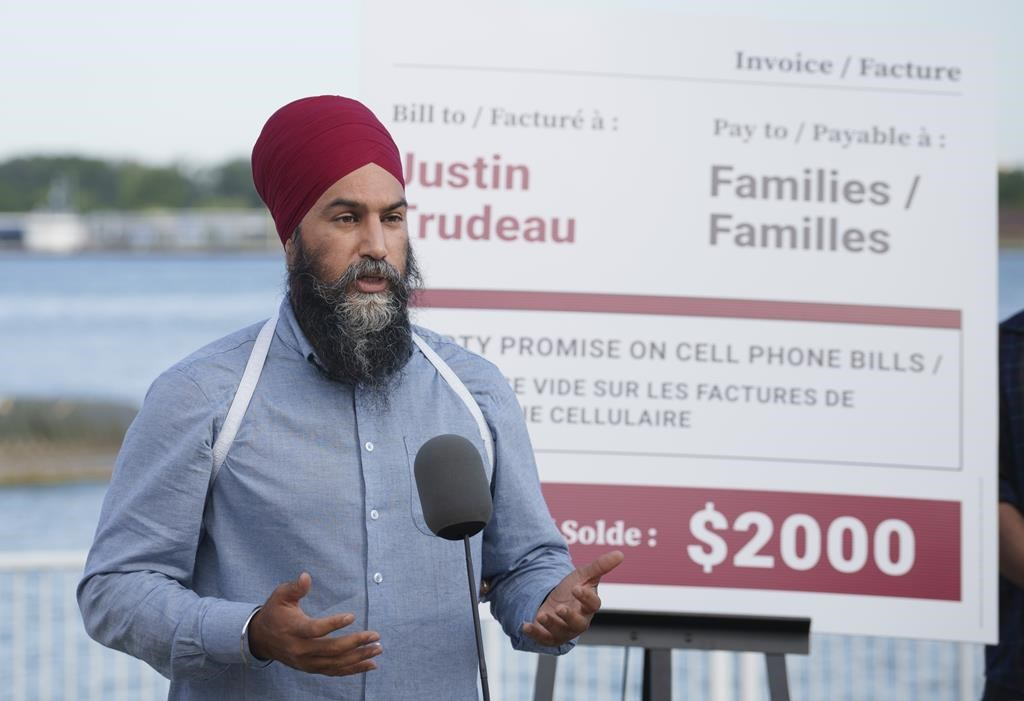 NDP leader Jagmeet Singh responds to a question during a news conference on the waterfront in Windsor, Ontario on Wednesday, August 25, 2021. File photo by The Canadian Press/Paul Chiasson
Previous story

The crisis in Afghanistan — alongside the ongoing COVID-19 pandemic — has thrown up an alarming backdrop to the federal election, which could overshadow campaign efforts by Liberal Leader Justin Trudeau as his government's record comes under scrutiny.

Party leaders hit the road last week just as the fourth wave began to surge and Kabul fell to the Taliban, prompting a desperate push to ramp up evacuation efforts for Canadian expats and former Afghan support staff at the capital's airport. That effort ended Thursday ahead of the United States' withdrawal deadline of Aug. 31.

Trudeau has faced questions daily about the situation in Afghanistan, where Canada boarded some 3,700 Canadian nationals and Afghan refugees onto evacuation flights in recent weeks.

Explosions near the Kabul airport Thursday again took attention away from the Liberal leader's campaign message about support for low-income seniors during a campaign stop in Quebec City.

Trudeau called it a "very difficult day" but said Ottawa's commitment to resettle more than 20,000 Afghans in Canada and support residents in the war-torn region will continue.

"Our engagement with Afghanistan is not done. Yes, this phase of the emergency air bridge facilitated by the Americans until they pull out finally has been important and has been something we've been in wholeheartedly over the past many weeks," he said.

"This particular moment is done and it's heartbreaking to see, but there is much more to do, and Canada will continue to be there for Afghans and Afghan people."

Rahim, who worked as an interpreter with Canadian soldiers in 2016-17 and whose full name is not being disclosed for safety reasons, says Taliban fighters burned his father's home to the ground late last month in punishment for his service to coalition forces.

He arrived in Canada on an evacuation flight from Kabul on Aug. 8 with his wife and five children, all under eight years old. But he says his father, brother, sister-in-law and four nieces and nephews could not make it out and have returned to eastern Afghanistan.

“They told my father, 'You have to bring Rahim back to Afghanistan and you must surrender him to us. Otherwise, we will take revenge on you,'" he said Thursday from a Toronto hotel.

“They’re faced with threats. They’re worried, They’re scared. I’m hoping that the Canadian government also gives a chance to them to come here and they can start a peaceful new life."

"Many veterans have raised concerns around the process being too complicated, requiring access to the internet when many people didn't have it and just not meeting the needs of people in a crisis," he said in Winnipeg, where he highlighted the NDP's pledge on housing.

"It's with a heavy heart that we now see thousands of our allies, people who put their lives at risk to support our troops, are now being left behind."

Conservative Leader Erin O'Toole, speaking in Ottawa about his plan to ensure pensions for gig workers, called the suicide blasts "heartbreaking" and the Taliban regime a "travesty," saying he has pushed Trudeau for months to extract Canadian nationals and Afghan staff.

Asked repeatedly over the past couple days to offer specifics on how to evacuate Taliban-controlled zones, he said Thursday: "I will act. And we would have gotten people out before the chaos erupted."

Green Leader Annamie Paul said the exit marked "one of our lowest moments as a country." She called on party leaders to suspend their campaigns for 24 hours to focus on a rescue strategy for expats, former support staff for soldiers and diplomats, and their families.

"They will now be forced to go into hiding or to try to make desperate and dangerous attempts to cross Afghan frontiers that are now controlled by the Taliban," Paul said in a release.

Federal ministers with oversight on the situation should stop campaigning until they produce a "credible plan," she said.

Meanwhile, COVID-19 hospitalization rates across the country continue to creep up as the fourth wave rises before children head back to school.

Trudeau avoided directly answering a question on whether he supported giving booster shots to Canadians. The World Health Organization has called for a moratorium on booster doses so more vaccines can go to parts of the world with low inoculation rates.

"On booster shots, on further vaccinations, we will always pay close attention to the recommendations of our public health officials. But the reality is the more Canadians get vaccinated — the more we get that number up — the safer we'll all be and the better we'll be able to make sure we're ending this pandemic everywhere around the world as well," he said.

Canada has begun to donate tens of millions of surplus vaccine doses to low- and middle-income countries, he noted.

There are no plans for a briefing by chief public health officer Dr. Theresa Tam while the campaign is on, the Public Health Agency of Canada confirmed Thursday.

"As the situation warrants, the CPHO will not hesitate to provide additional communication to Canadians," the agency said, noting that updated modelling is slated for release Sept. 3.

This report by The Canadian Press was first published Aug. 26, 2021.

Canadian military will leave Afghanistan before Aug. 31, as Monsef appeals to Taliban