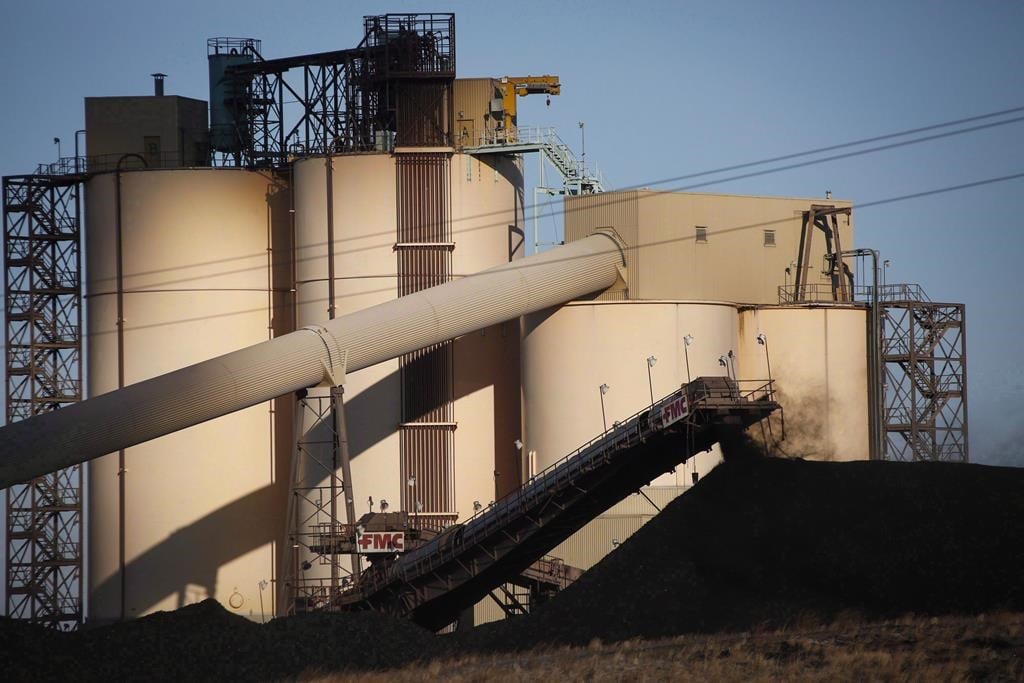 A conveyor belt transports coal at the Westmoreland Coal Company's Sheerness Mine near Hanna, Alta., on Tuesday, Dec. 13, 2016. File photo by The Canadian Press/Jeff McIntosh
Previous story
Next story

Albertans want to talk about a lot more than coal when it comes to development in their beloved Rocky Mountains, says the head of the committee charged with collecting public opinion on the issue.

"There was such a dam of public sentiment built up behind this issue, it's like opening a sluice gate," Ron Wallace, chairman of the province's coal policy committee, said in an interview.

His group has just wrapped months of meetings with industry, environmental groups, municipalities and individuals.

As the public comment period closes, he said the group has collected 605 emailed submissions and held 59 meetings. On its website, it has published 16 technical papers and 36 meeting submissions.

If there's one theme that has emerged, Wallace said, it's that people don't want a coal policy that only deals with the how and where of mining. They want a broad policy that balances economic, environmental and recreational needs over an entire landscape.

"While our terms of reference are clearly focused on a modernized coal policy, we are recognizing that any factors that are going into that modernization are going to have to take account of these broader issues," he said.

Coal development has been controversial in Alberta since spring 2020 when the United Conservative government suddenly revoked a policy that had protected the summits and foothills of the Rockies from open-pit coal mines since 1976. Within weeks, thousands of hectares were leased for coal exploration on those landscapes — the headwaters for most of the province's drinking water and one of its favourite travel destinations.

After an intense public outcry, Energy Minister Sonya Savage restored the protections, paused the sale of new leases and struck Wallace's committee to get advice on how to proceed.

Water concerns were prominent, Wallace said. Albertans were concerned about the amount of water the industry would need in an already water-challenged region as well as about selenium contamination, an element common in coal seams and toxic to fish.

"Water has become a major theme. The great majority of Albertans are concerned primarily about water."

Others wanted to ensure that the area's recreation potential isn't impaired, especially as Alberta's population continues to grow. Some were concerned about coal's impact on endangered animal and fish species.

Others wanted to express their concerns over how the province regulates and manages energy development. Wallace pointed to a survey conducted early in the committee's consultations that suggested 85 per cent of Albertans didn't trust the province's energy regulator.

"The briefs that have come in have expanded on and confirmed those early indications from the public about their concerns over everything from regulatory enforcement all the way through to application of regional plans," Wallace said.

"Those people have a great deal at stake," said Wallace. "It's their jobs, it's their welfare, it's their economy."

But most have wider concerns, including 25 municipalities that signed a letter from the Town of High River that said "the inherent value of the eastern slopes only exists with the landscape remaining intact."

Wallace points out the original 1976 coal policy was developed in conjunction with an overall policy for the eastern slopes. A modern coal policy can do no less, he said.

"A modern coal policy is going to have to be structured to take these concerns into consideration."

Wallace praised the quality of the submissions the committee received. He said the committee's public registry has become a "farmers market" for much of the best and latest research on coal, coal markets and coal's environmental impacts.

"This is a gold mine of advice for the government," he said.

He promised it will be faithfully reflected in the first volume of the committee's report. He said it will come out early this fall, with the final report due Nov. 15.

Wallace said the government will have to listen.

"People were searching for opportunities to engage. I don't see any way the government could ignore the message that's been brought forward here."

Ottawa to do environmental assessment on another Alberta coal project