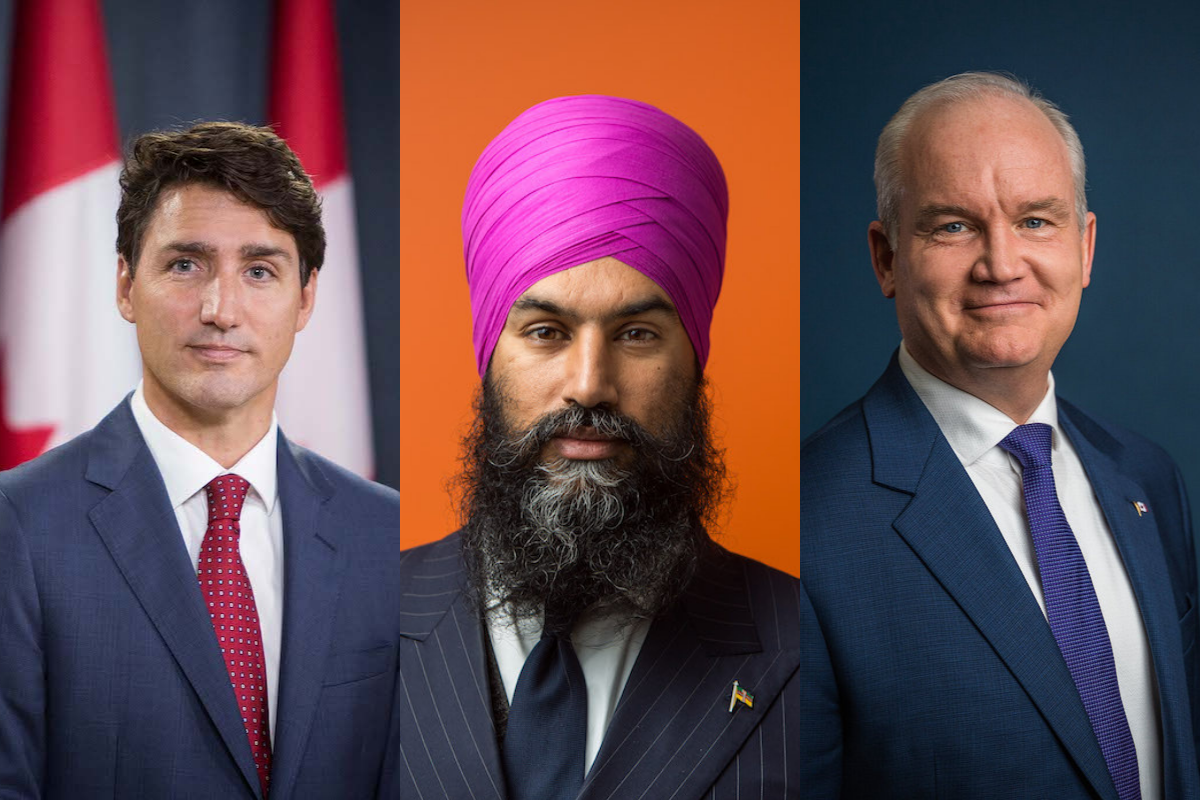 Now in its final week, there has been no overarching theme characterizing this late-summer election campaign. Instead, the campaign has been dominated by a mishmash of disparate issues — pandemic management, vaccine passports, Afghanistan, child care, two-tier health care, affordability, climate change, abortion, and now gun control.

But if you dig a bit beneath the surface, this election campaign’s direction has been anchored by a prominent subtheme: left-wing populism. It has not only shaped the parties’ platforms, but it has also coloured the partisan stump speeches of all three major party leaders in a manner never seen in the modern era.

Progressive populism has long been the ideological terrain of the NDP in this country. Since its inception, the NDP has steadfastly championed left-wing populist policies under a succession of leaders with limited political success. The late Jack Layton campaigned aggressively against the high cost of ATM fees and pledged to cap credit card interest rates, but these policies did not resonate beyond the party’s base and were almost universally ridiculed by the Canadian establishment as superficial.

But in this election campaign, progressive populism is enjoying mainstream appeal among Canadians of all political persuasions. NDP Leader Jagmeet Singh has taken advantage of this new reality, recently promising to expand his party’s “wealth tax” to include thousands more Canadians with assets worth more than $10 million.

Taxing the rich is an all-too-familiar refrain for the NDP, but one that will have particular resonance in this election campaign. Last month, Abacus Data conducted a national public opinion survey to explore attitudes and opinions about tax fairness in Canada. The survey found 62 per cent of Canadians feel the country’s tax system is unfair, while only 14 per cent believe it’s fair.

The survey also found strong support for increasing taxes on wealthy individuals and corporations, with a whopping 89 per cent of the public supporting the introduction of a wealth tax paid by Canada’s richest citizens each year.

The Abacus survey also found that tax fairness has become a politically potent issue in this country, with 89 per cent of Canadians responding they would definitely or likely consider voting for a party that promised to take real and concrete action.

Interestingly, Abacus uncovered that no leader or party enjoys a clear advantage on tax fairness, inequality, and affordability issues. These findings are intriguing as they demonstrate parties that meaningfully seek to address tax fairness and income inequality issues on the campaign trail will attract robust support from across the political spectrum.

The fact no party is seen as a leader on these critical issues has presented an opening for all three major party leaders to take up the mantle of advocating for left-leaning populist policies in this campaign.

Ironically, this newfound salience of progressive populism might ultimately wound the NDP as the party’s chief opponents unscrupulously seek to siphon off traditional NDP votes on highly charged issues related to affordability and economic inequality exacerbated by the COVID-19 pandemic.

First out of the gate on this front has been Conservative Leader Erin O’Toole. Although he won his party’s leadership race appealing to right-wing populists among his party’s base, O’Toole has increasingly swapped right-wing populism for a left-leaning populism more palatable with mainstream voters. O’Toole now champions union rights and decries “bad” trade deals with China that subjugate workers.

The Conservative leader never misses an opportunity to remind voters that he is the son of a General Motors worker who grew up in the manufacturing town of Bowmanville, Ont.

O’Toole’s platform features myriad left-leaning populist proposals, including a pledge to force large federally regulated businesses to appoint at least one worker representative to their board of directors, and a promise to change the law so that when companies go bankrupt, workers do not lose their pension benefits.

These policies come on the heels of a year-long effort by O’Toole to woo blue-collar union workers who have traditionally supported the NDP. Over the Labour Day weekend, O’Toole released a new video message targeted explicitly at these workers where he expanded on his party’s already-impressive commitments to organized labour.

In the video, O’Toole pledged his government would modernize the Canada Labour Code, introduce a new tax credit for construction workers to help offset the costs associated with relocating for work, and promised to increase paid sick leave benefits for workers struggling with serious illness.

It’s a playbook borrowed directly from U.K. Prime Minister Boris Johnson, who won a commanding majority government in 2019 by appealing to working-class citizens who were previously reliable Labour voters, but had become increasingly culturally conservative.

Justin Trudeau’s Liberal Party, traditionally the party of Bay Street and big business, has also embraced progressive populism this election campaign. In late August, the Liberals pledged to intervene in the banking sector on behalf of consumers through a series of platform commitments that would target banks’ profits and fees, and aim to strengthen support for clients.

Among the party’s new proposals is a promise to impose a three per cent surtax on profits in excess of $1 billion earned by the largest Canadian banks and insurance companies. These financial institutions would also be required to pay a special fee called a “Canada recovery dividend” over a four-year period beginning in 2022. These measures are aimed squarely at clawing back some of the major gains Canada’s largest financial institutions have made throughout the pandemic.

The Liberals have also set their eyes on the profitable real estate industry, announcing a suite of policies last month that would make homeownership more affordable for the middle-class, including banning the controversial practice of “blind bidding.” The party has also announced a rent-to-own program that would place Canadian renters on a solid path to homeownership, while outright banning foreign investors from buying residential property in this country for the next two years.

These bold policies have already drawn the ire of influential industry groups that have long had the ear of Liberal governments. The Canadian Bankers Association and the Ontario Real Estate Association both strongly criticized the party’s new corporate income tax and housing proposals, but their public statements attracted little support beyond their membership due to an electorate less and less receptive to the interests of big business.

So why the seemingly precipitous rise of left-wing populism in this year’s election campaign?

The rise of progressive populism

The allure of progressive populism in Canada is not all that recent. In fact, it predated the pandemic, dating back to the 2015 election when Trudeau’s third-place Liberal Party opted to outflank Thomas Mulcair’s NDP on the centre-left in its pledge to run modest deficits as a means to stimulate the economy and create better opportunities for the middle and lower-middle class.

Since then, Trudeau’s Liberals have tabled increasingly large federal budget deficits with little to no political repercussions.

Another factor has been the rapid rise of democratic socialism south of the border, as embodied by the charismatic Bernie Sanders, a veteran Vermont senator. The fact Sanders placed a competitive second in the Democratic presidential nomination contests in 2016 and 2020 has indisputably had an impact on our political discourse and helped to normalize the political appeal of left-wing populism.

The pandemic has only aggravated the economic inequalities in Canadian society, putting a spotlight on income and wealth inequality. These new economic realities point to the rising pull of progressive populism among a broad cross-section of Canadians. The near-universal appeal of a wealth tax and other bold tax measures is confirmation of this relatively new economic and political reality.

To their credit, Trudeau, O’Toole, and Singh all grasp this new political and economic reality. As a consequence, they are all amassing new voter coalitions that recognize the primacy of progressive populism in our society.

As Canadians look ahead to the Parliament they will elect on Sept. 20, it looks increasingly likely that regardless of its configuration, the next federal government will implement an economic agenda that is the most progressive and populist in the modern era. As our country grapples with emerging from the most prolonged economic and public health crisis in generations, that prospect alone is promising if we are to fashion an enduring post-pandemic recovery.

Does Erin O’Toole’s surge signal the return of Red Toryism?

So, when leaders of political

In Canada, that pretty much means the Libs and Cons are just spouting empty platitudes. The NDP, if elected, might not have the guts to do what they want because they fear the media. But at least they're capable of WANTING to.

How We Think About the

How We Think About the Deficit Is Mostly Wrong
https://www.nytimes.com/2017/10/05/opinion/deficit-tax-cuts-trump.html

"When there’s a deficit, some of that new money can be traded in for a government bond. What’s often missed in the public debate is the fact that the money to buy the bond comes from the deficit spending itself.

***
Of course, there are real limits to what can be done. No country can commit to large-scale infrastructure investment unless it has the available labor, machinery, concrete and steel. Trying to spend too much will cause an inflation problem. The trick is to adjust the budget to make efficient use of the people, factories and raw materials we have."