Why investing in libraries is a climate justice issue 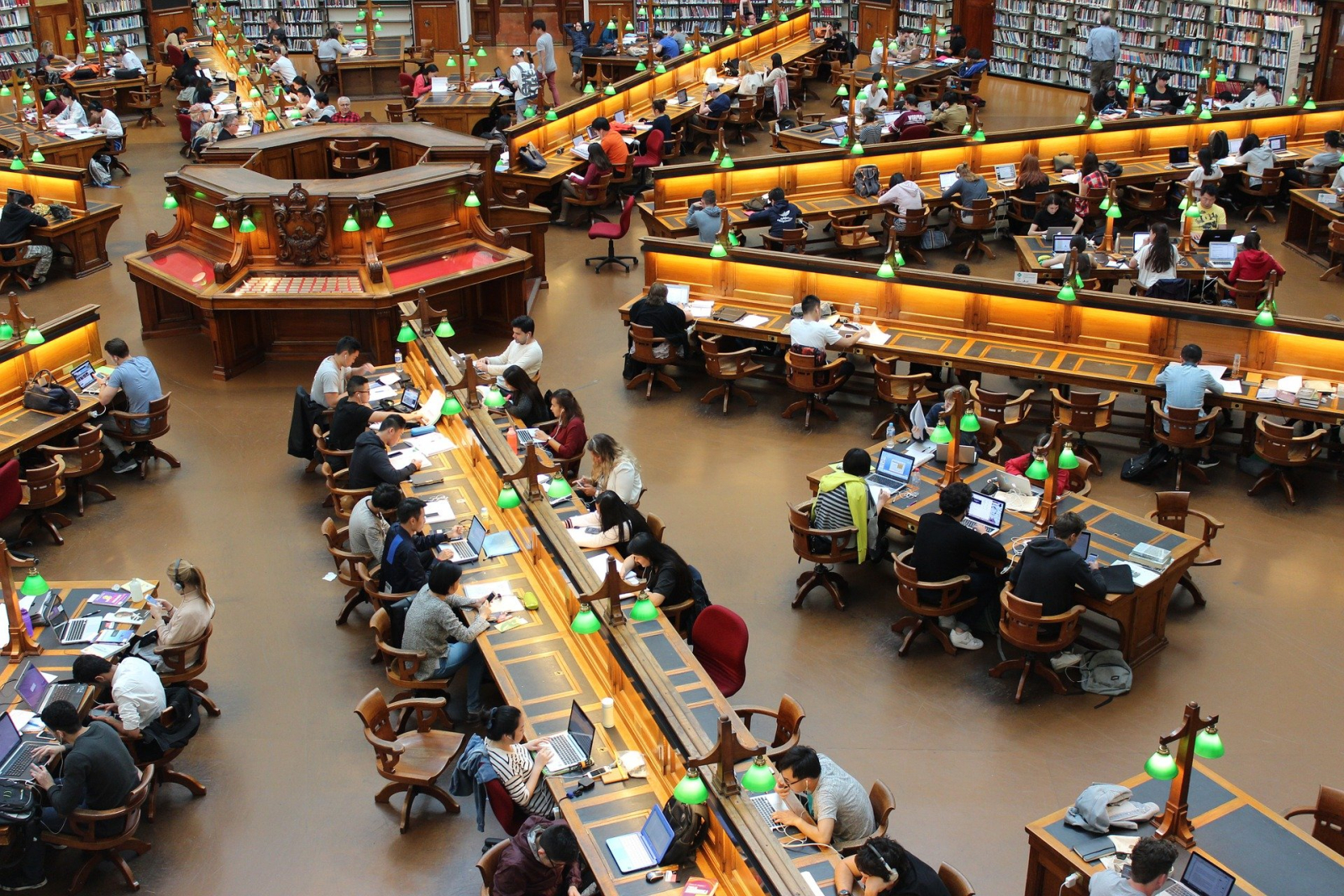 For many, the safest and most accessible place to escape the heat was also free — the library. Photo by Andrew Tan / Pixabay
Previous story

When a heat wave hit the Pacific Northwest in late June, many cities and residents found themselves facing shockingly high — and lethal — temperatures: up to 116 F in Portland, Ore., for example. Hundreds of people across the region died.

For many, the safest and most accessible place to escape the heat was also free — the library. Public libraries are increasingly opening their doors as cooling centres as officials develop emergency plans for heat and other extreme weather conditions. In Clackamas County in Oregon, authorities designated 21 local cooling centres; over half of them were libraries. Just north in Multnomah County, where Portland is located, around 7,600 people sought shelter in public libraries over four scorching days.

“Libraries are essential,” said the Rev. Vernon K. Walker, senior program manager at Communities Responding to Extreme Weather. The non-profit helps turn libraries, churches, and small businesses into climate-resilience hubs — trusted community organizations meant to help educate people on extreme weather and provide a physical refuge during and after disasters. “Particularly for libraries that tend to be in Black and brown communities, and particularly in libraries that are in inner cities, they are critical, essential and needed,” Walker said.

Studies show that people of colour are at higher risk of illness or death than white people. That’s because they often live in hotter areas with less access to air conditioning and a greater likelihood of service disconnections, or in neighbourhoods where energy companies sometimes deliberately shut off power to avoid larger disruptions.

Underserved and low-income communities can face natural hazards more safely with updated infrastructure, according to a growing body of research on disaster resilience. Equally, poor areas with inadequate community infrastructure or none at all have much higher death rates. And libraries are part of a community’s infrastructure: The Federal Emergency Management Agency, or FEMA, has formally recognized them as “essential community organizations.”

But many of the nation’s library buildings are aging — they are, on average, 40 years old — and need significant upgrades and repairs to handle the challenges of climate change. Some libraries are in such disrepair that they’re unable to function effectively as relief centres.

In Coos Bay, Ore., for example, rising sea levels, heavy rain, and drought are causing the library’s foundation to shift. In Seattle, nine libraries frequently close during temperature spikes, and the Arlington, Wash., library’s antiquated HVAC system forces it to close during extreme heat or whenever wildfire smoke becomes too intense. The Williams Branch Library in Josephine County, Ore., isn’t even a permanent structure: It’s a temporary mobile unit, constructed in 1977, with no running water and no bathroom.

Still, in some rural parts of the Pacific Northwest, including Josephine County, libraries were the only cooling centres available this summer. “The branches themselves haven't been upgraded for 50 years,” said Kate Lasky, library director at the Josephine Community Library District, even though they provide essential services during heat, wildfires, power outages, and snow and ice storms, as well as during pandemics — all events that scientists predict will become increasingly frequent, thanks to climate change. In many rural communities, libraries are the only spaces available for public discussion concerning everything from water rights to emergency preparedness plans. They also offer access to things like computers and internet support, Lasky said.

Now, some politicians are looking for funding to bolster libraries, which will also improve their ability to respond in times of disaster and extreme weather. Six senators and representatives introduced the Build America’s Libraries Act this year, asking for US$5 billion in federal aid for improvements to public libraries across the country. Advocates such as the American Library Association are pushing to include the act in the US$3.5 trillion budget spending plan. Legislators have until Sept. 15 to earmark exactly what that money would be spent on.

For vulnerable communities, #libraries are increasingly becoming a refuge in times of disaster. #ClimateCrisis

If libraries are included, Washington’s libraries would receive an estimated US$105 million and Oregon’s an estimated US$63 million for upgrades to address natural disasters and environmental hazards and improve accessibility and broadband. It would be the largest amount Congress has spent on libraries since 1997.

Researchers like Eric Klinenberg, director of the Institute for Public Knowledge at NYU, believe libraries play a key role in climate resilience. Klinenberg, who studied the role of social infrastructure during the 1995 Chicago heat wave, thinks that this bill could be a “godsend” for libraries.

“If we invest in them, updating the vital systems — from the internet to the HVAC, bathrooms to furniture — they are reliable sites for relief efforts,” he said. “There’s so much more they could do, and so many things they could do better if we gave libraries the public funding that they need.”

Heatwaves hardest on people of colour

Americans scramble to adapt to daily reality of climate crisis

As a retired librarian I was

As a retired librarian I was both amused, and heartened by this article. Throughout my career I battled against the "old boys" who ran our town for far too long, who in knee jerk fashion regarded our makeshift library as an entirely un-neccessary civic amenity. 10 years after my arrival we finally persuaded the town to upgrade the facility - it was only accomplished because the local little theatre group successfully pushed for combining the library with a new theatre facility. 20 years later the entire library facility had to be rebuilt to meet the actual needs of the growing community. This happened after I retired and the library has since gone from strength-to-strength, proving either that I was incompetent, or that the community had changed enough to demand a better library. I trust it was the latter!
PS both branches in the town have ground source geo-thermal HVAC - hallelujah - libraries doing our bit for the environment

One thing this article points

One thing this article points to is a rather frightening fact: Libraries are about the only indoor public space we have. Everything else is private.

This comment is more to the point.
Libraries were not invented or built, to be community centres, but to be the centre of the community, preserving knowledge, art and history in a way that is accessible to everyone.

It is way past time the community stopped outsourcing its needs to a market driven private sector - the 'market' only responds to monetary signals, not to values or needs.