Jenica Atwin keeps her seat after switch from Greens to Liberals 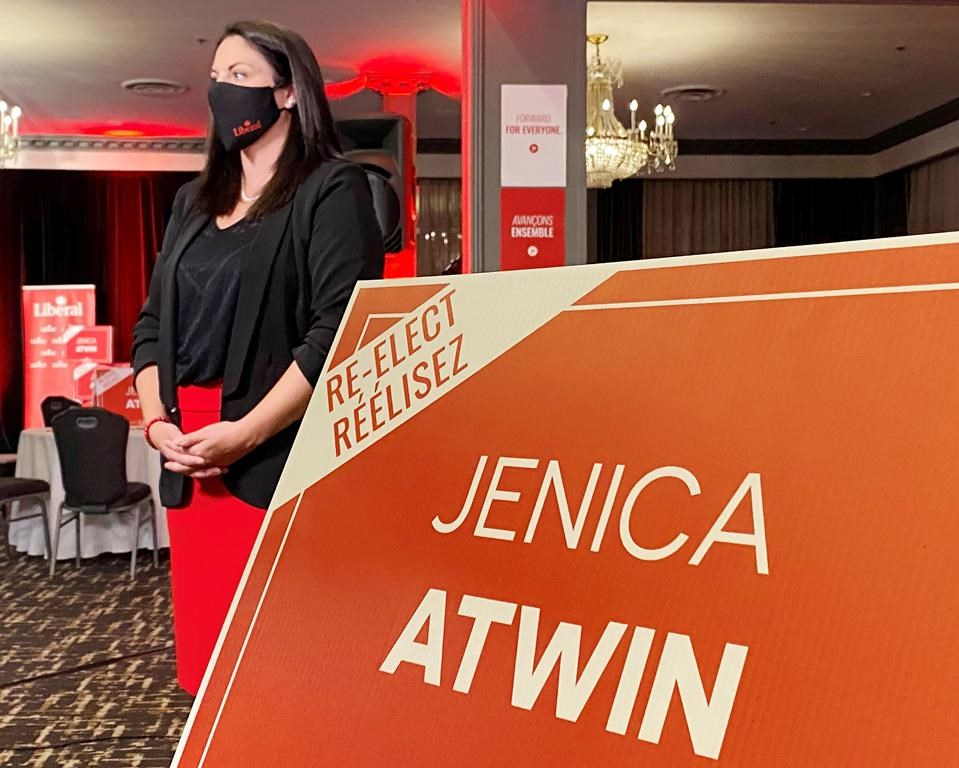 It took a couple of extra days to complete the counting, but Jenica Atwin has been re-elected in the riding of Fredericton — this time for the Liberals — by a slim margin of just over 500 votes.

"We are here now to celebrate," Atwin said Wednesday afternoon as she addressed supporters in the same ballroom where they had gathered on election night Monday. "Fredericton, we did it again."

In 2019, Atwin won the riding for the Greens by beating Conservative Andrea Johnson by about 1,600 votes. In June, she crossed the floor to join the Liberals after a public spat with Green Party Leader Annamie Paul.

Atwin had called the Green leader's statement on violence in the Palestinian Territories "completely inadequate" and called on Israel to "#EndApartheid" in a Twitter post on May 11.

That post has since been deleted, though Atwin told CTV's Question Period on June 13, "I certainly stand by what I'm saying." The next day, she adjusted her stance on Israel to align with the governing Liberal party she had just joined.

On Monday, the lead switched back and forth between Atwin and Johnson numerous times, and at the end of the night the result was too close to call with more than 2,500 mail-in and absentee ballots yet to be tallied.

"We've been holding our breath for two days," Atwin said Wednesday after the final result was announced.

She thanked supporters and became emotional as she thanked family members for their support during her switch to the Liberals and the subsequent election campaign.

Atwin appealed to everyone in the riding, especially those who did not vote for her. "Come speak to me, come work with my office for anything you need," she said. "I know we have more common ground than what divides us."

And Atwin said the same thing about Parliament, which she described as dysfunctional before the election. "It's time to put aside our differences. We've got big things that we need to deliver for Canadians right now," she said.

With Atwin's win, the Liberals captured six of New Brunswick's seats while the Conservatives took the other four.

In a post on her Facebook campaign page, Johnson thanked people who voted for her and said she was "truly humbled." She said the results show a riding "almost entirely torn in half" and like Atwin issued an appeal for unity.

"Both the left and the right have to listen more and talk less. Be more tolerant and less judgmental. Look for similarities, not differences," Johnson wrote.

Atwin's win for the Greens in 2019 was one of only three for the party, and it was their only seat east of British Columbia. This time, the Green party was represented in the riding by University of New Brunswick law professor Nicole O'Byrne. She finished a distant third, just 102 votes ahead of the NDP's Shawn Oldenburg.