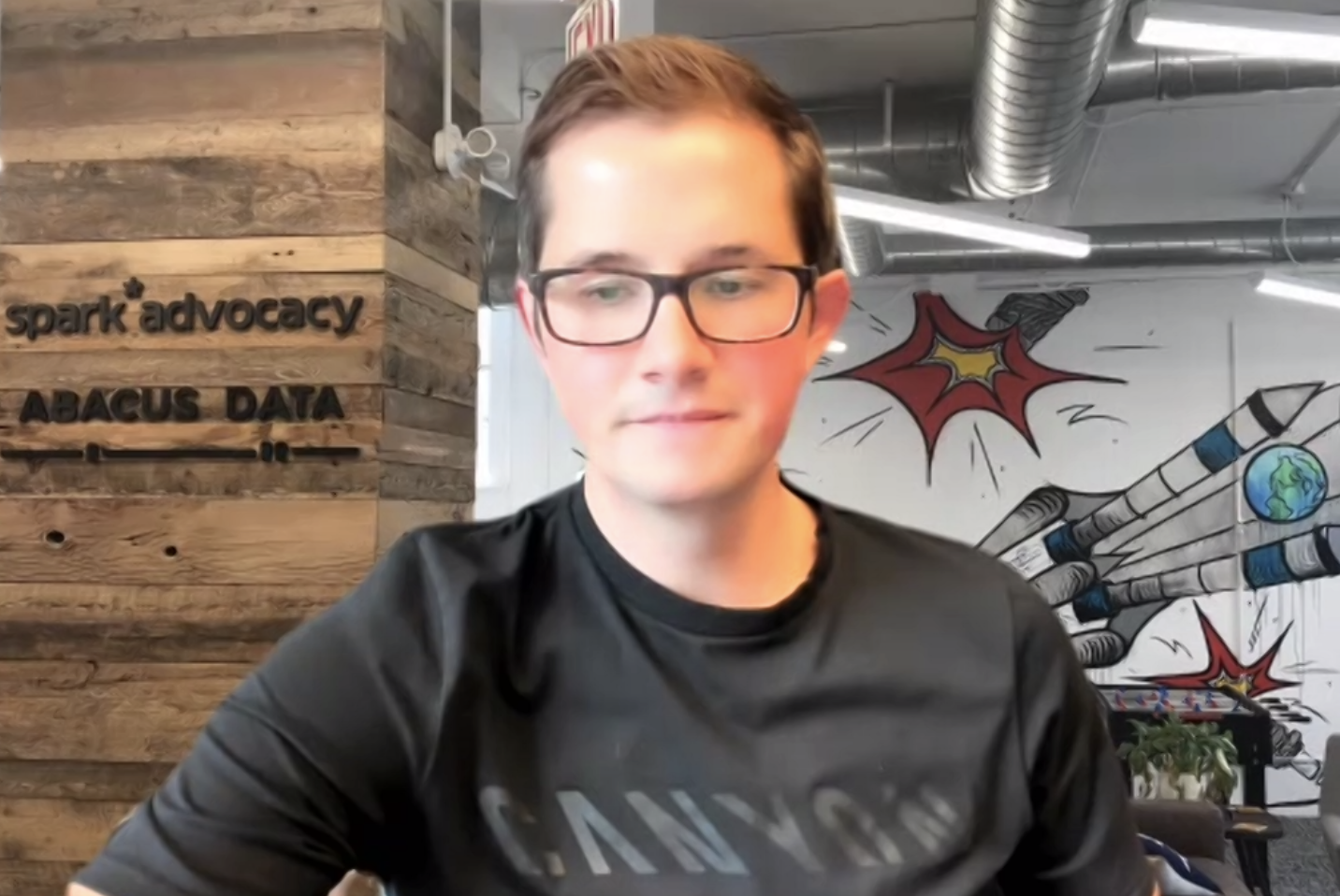 Young people were almost as likely to vote Conservative as Liberal in the 2021 federal election, Abacus Data polling numbers from just before Monday’s vote show, while the NDP trailed in third place among voters aged 18 to 29.

“There was not a big age or generational divide in this election,” the polling firm’s chief executive David Coletto said in a post-election briefing on Thursday, comparing it to a sharp divide by age in 2015, when the Liberals surged to a majority victory.

Prime Minister Justin Trudeau’s party had the support of around a third of voters across age groups, he said, while the Conservative vote was concentrated more among older voters but improved among the under-30 crowd as the campaign progressed, to end with around 27 per cent support in that demographic compared to as low as 12 per cent earlier in the campaign.

The NDP had the support of just under a quarter of those aged 18 to 29 who intended to vote, with its support slipping lower among those aged 30 to 44, and dipping into the teens among voters older than that.

The divide was much more noticeable between urban and rural voters, Coletto said, while also suggesting fear that a spike in COVID-19 cases would trigger fresh lockdowns may have contributed to the failure of the Conservatives to make inroads in the Greater Toronto Area, which endured the longest period of restrictions in the country.

“This is where I raise that flag about increased polarization between urban and rural communities, and the fact that if that doesn’t change, if that gets locked in and further enforced then minority governments will continue to be the norm,” he said, noting that such a configuration didn’t bother a large chunk of the electorate.

Asked to choose their top two issues from a long list of options, a third of those polled by Abacus put reducing their cost of living in that mix, while a quarter wanted an improved health-care system, and around one in five wanted to grow the economy (22 per cent), deal with climate change (21 per cent), or get more people vaccinated so as to return to normal quicker (19 per cent).

“There was not a big age or generational divide in this election,” Abacus CEO David Coletto said in a post-election briefing on Thursday, comparing it to a sharp divide by age in 2015, when the Liberals surged to a majority victory. #elxn44

Some 40 per cent of climate voters choose the Liberals, the data shows, a solid 15 point advantage over the NDP.

“The Liberals have done an amazing job of becoming known for and being seen as the party that’s best able to do something on climate change,” Coletto said, noting that the collapse of the Greens also aided the Liberals on this front.

Abacus’ campaign polling (of around 2,000 people a week) showed that despite a general unease with the Liberal government calling the early election during the fourth wave of the pandemic, most voters still thought they would win, suggesting strategic voting (one-third of NDP supporters said they would vote Liberal to keep Conservatives out of power) didn’t play an oversized role.

“Which tells me this argument could only take the opposition parties so far,” he said. “It did hurt the Liberals, it pierced the armour of Teflon Trudeau, but it didn’t bring them down because there still wasn’t that desire for change.”

“In litigating the unnecessary election argument, both (Jagmeet) Singh and (Erin) O'Toole were successful in getting people to see this election as not necessarily needed or wanted, but they didn’t fully convince people that this government needed to be defeated, particularly in and around suburban and urban areas in Ontario, in British Columbia, in parts of Atlantic Canada, and Quebec.”

The Abacus data showed that interest in the campaign waned as it progressed, which is atypical, with a third of those polled at the end of the campaign saying they were only a little interested, and 13 per cent saying not at all.

Some 35 per cent said they’d prefer the Liberals were in charge if the pandemic got worse (and worries about COVID-19 spiked around the time the writ dropped after a more relaxed summer), yet a quarter of that group ended up voting for another party, which Coletto attributed to the widespread belief that the Conservatives were unlikely to win.

“To fear something and then change your behaviour you have to believe it’s likely to happen,” he said.