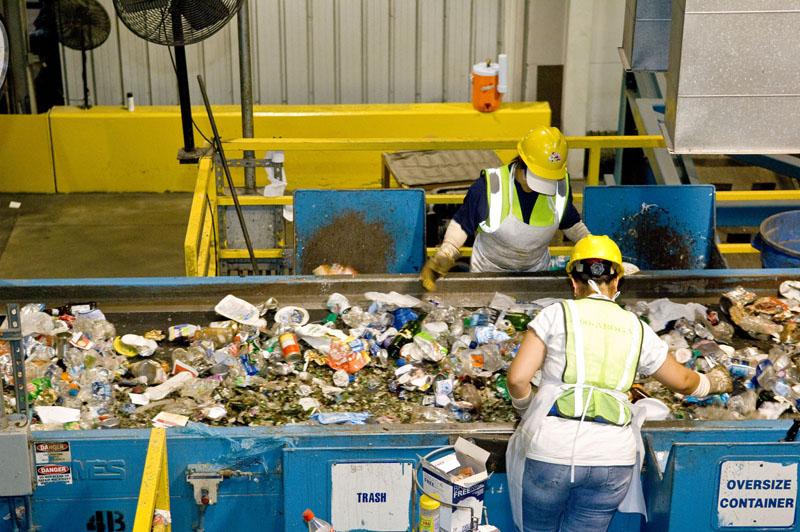 One of the fossil fuel and plastic industries’ favourite “solutions” to the plastic pollution crisis may finally be coming under greater scrutiny from the federal government.

Last month, the Environmental Protection Agency, or EPA, formally announced it was considering tighter regulations for pyrolysis and gasification — controversial processes that are associated with “chemical recycling.” Industry advocates have named these processes as key steps toward building a circular economy — one that minimizes waste — but environmental groups have called them an “industry shell game” meant to keep single-use plastics in production.

The problem, according to Denise Patel, regional co-ordinator for the Global Alliance for Incinerator Alternatives, or GAIA, is that most of what the industry calls “chemical recycling” isn’t recycling at all. Rather than turning used plastic into new plastic products, chemical recycling usually involves melting plastic into oil and gas to be burned — the process is sometimes called “plastic to fuel.” Not only does chemical recycling not contribute to a circular economy, Patel said, but it also releases greenhouse gases that exacerbate climate change and hazardous chemicals that harm front-line communities.

“This technology hasn’t been sufficiently regulated by the EPA,” Patel said, adding that oversight is urgently needed to protect public health and the environment.

At present, the EPA doesn’t have a consistent definition for chemical recycling or its constituent processes, let alone a comprehensive framework for regulating it at the national level. The EPA’s Clean Air Act guidelines for solid waste incineration set standards for some types of pyrolysis — a process that applies high heat to waste under deoxygenated conditions to produce oil, gas, and char — but not others.

For instance, the pyrolysis of municipal waste must meet pollution standards — unless it takes place in a “plastics/rubber recycling unit” under certain circumstances. And for hospital and medical waste, the Clean Air Act says that pyrolysis doesn’t count as waste incineration at all.

What’s more, “the EPA has wavered,” said Jim Pew, an attorney for the non-profit Earthjustice, by not enforcing existing emissions standards for all chemical recycling facilities, in part by issuing exemption letters that let facility managers off the regulatory hook.

Advocates want the EPA to streamline this maze by categorically regulating chemical recycling as “solid waste incineration.” Such a move would help the EPA monitor and limit the release of hazardous substances from chemical recycling facilities — toxins like benzene, bisphenol A, and lead, which are associated with higher rates of leukemia, lung problems, and neurological damage, respectively.

Industry groups including the American Chemistry Council, or ACC — whose members include ExxonMobil, Dow, and DuPont — have opposed the EPA’s proposal for new regulation. According to the group, chemical recycling is already well-regulated by federal, state, and local governments; classifying it as solid waste incineration would create “onerous and inappropriate” permitting requirements, “severely hampering” states’ ability to expand chemical recycling facilities.

That’s an unhappy scenario for the ACC, which has spent the past few years lobbying aggressively for the passage of state-wide chemical recycling bills. Since 2017, at least 14 states have passed policies to ease regulations on chemical recycling facilities, with six of those states passing bills and resolutions in the past year alone. New regulation from the EPA would override many of those bills, forcing states like Pennsylvania, Arizona, and Louisiana to regulate chemical recycling as waste incineration.

“They’re trying to brand it as recycling, which is deeply offensive,” Pew said. “To say this is somehow good for the environment, that they’re making lots of plastic and then burning it.”

Patel noted that the EPA’s new rule-making action will not stop the ACC or its member companies from using the term “chemical recycling.” But if it forces them to comply with clearer air quality standards under the Clean Air Act, it could place greater regulatory hurdles on companies hoping to build these facilities in the first place. Critically, she said, it will draw attention to industry-backed state-level bills to expand chemical recycling facilities into local communities.

Advocates also have their eyes on federal legislation like the Break Free From Plastic Pollution Act, which would, among other things, place a three-year moratorium on new chemical recycling and plastic production facilities. It was introduced by Sen. Jeff Merkley of Oregon in March and has been stuck in the Committee on Finance since then.

For the most part, experts agree that the underlying solution to the plastic pollution crisis is much simpler than ramping up chemical or even traditional recycling. Some small amount of plastic may always be needed, said Raoul Meys, a research associate focusing on chemical processes at RWTH Aachen University in Germany, and it will be critical to find ways to deal with that waste responsibly. But it is equally vital to stop producing so much unnecessary plastic.

“Reducing the demand for plastics in general,” he said, “that’s certainly the way forward.”

Editor’s note: Earthjustice and Greenpeace are advertisers with Grist. Advertisers have no role in Grist’s editorial decisions.