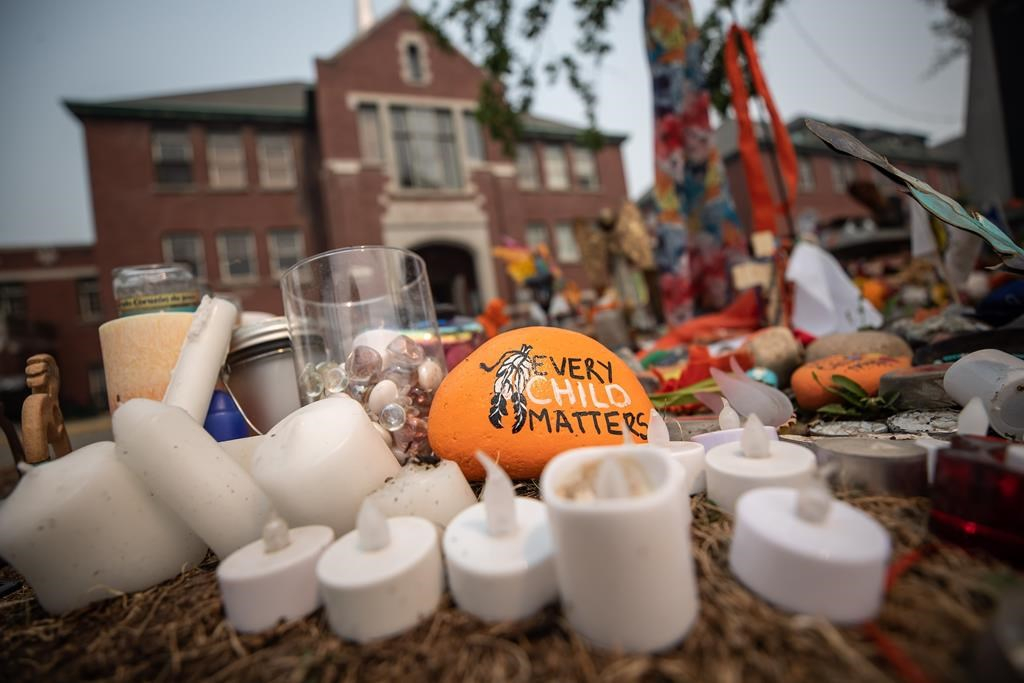 A rock with the message "Every Child Matters" painted on it sits at a memorial outside the former Kamloops Indian Residential School, in Kamloops, B.C., on Thursday, July 15, 2021. File photo by The Canadian Press/Darryl Dyck
Previous story
Next story

Prime Minister Justin Trudeau is scheduled to visit Kamloops, B.C., today, where the Tk’emlúps te Secwepemc Nation announced it had found what are believed to be some 200 unmarked graves at the site of a former residential school last spring.

Since May, numerous Indigenous nations have reported finding unmarked graves at former residential schools with the same ground-penetrating radar technology used in Kamloops, prompting calls for justice that have resonated across the world.

Monday's visit comes after Trudeau apologized to Tk’emlúps Chief Rosanne Casimir earlier this month for not having accepted invitations to attend the nation's event marking Canada's first National Day for Truth and Reconciliation on Sept. 30.

He faced backlash for travelling to Tofino, B.C., with his family instead of appearing at any in-person events to honour survivors of the state-sponsored residential institutions where Indigenous children were torn from their families and abused.

Trudeau had spoken with some survivors by telephone on Sept. 30 and attended an event on Parliament Hill the night before, and later said it was a "mistake" to travel.

Tk’emlúps te Secwepemc issued a statement saying it was not interested in apologies that don't lead to real change and action to support healing for residential school survivors and the revitalization of Indigenous culture and languages.

Tk’emlúps te Secwepemc has called on Ottawa to fund a new healing centre for survivors and their families in the Kamloops area and for the full disclosure of government records related to children who attended the institution there.

This report by The Canadian Press was first published Oct. 18, 2021.