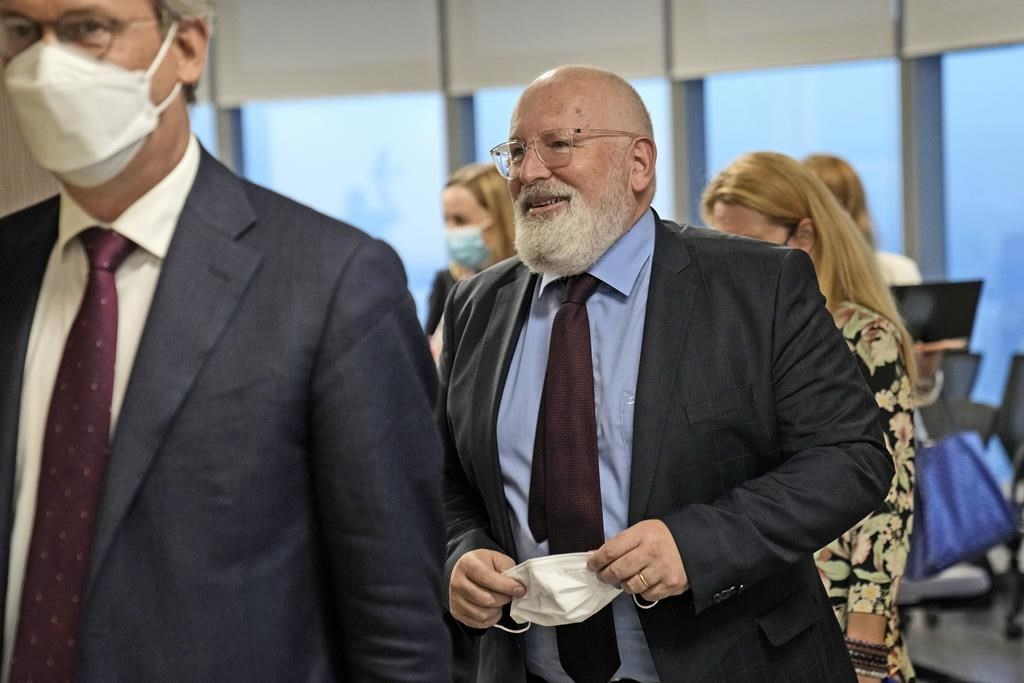 All nations have a responsibility to ensure that no one gets left behind and that changes are as fair as possible in the transition to a greener economy that's needed to address the climate crisis, European Commission for Climate Action Frans Timmermans said Monday.

Timmermans spoke to The Associated Press in Jakarta, Indonesia, ahead of a key U.N. climate summit known as COP26 that starts in Glasgow, Scotland, on Oct. 31.

“Indonesia is a very important country for COP26: it's the incoming president of the G-20, but also a country that has made huge strides in terms of the climate issue," he said. "It’s now a country that wants to lead in this issue, wants to show that they can also transform their economy into a sustainable economy. And I’m really excited about that. That’s why I want to be here.”

Many environmentalists say the Glasgow summit represents the world’s final chance to avert a climate catastrophe.

Timmermans said current global economic models — such as the historic reliance on fossil fuels — will need to change to ensure a more equitable shift toward greener economies. But he said those changes shouldn't come at the cost of poorer nations' development.

“You can’t go and say -- as developed countries -- to the developing world, ‘Too bad for you. Time is over. We can’t continue like this and you should keep living in misery so that I can be happy,'" he said. "That’s not a proposition anybody could do who has any sense of morality. We need to make sure that the whole world can profit from this.”

Timmermans said businesses should be interested in sharing green technology advances and know-how with developing nations.

“There is a huge responsibility of the developed world to share technologies with the developing world, not just out of altruism. Also because it's a good business opportunity," he said. “It’s in their interest."

#EU commissioner on climate action: 'Leave no one behind'. #ClimateChange #ClimateAction

"You need to create a stable investment environment. You need to fight corruption. You need to make sure that it’s interesting for foreign investors to come and share technology," he said.

Timmermans, a Dutch politician and diplomat, is also executive vice president of the European Union's Green Deal, a set of policy initiatives created by the European Commission to fight climate change by reducing greenhouse gas emissions by 55% by 2030 compared to 1990 levels and making the EU carbon neutral by 2050.

Part of that, Timmermans said, is an effort to move away from coal using methods applicable to countries such as coal-producing Indonesia.

“Thirty coal mining regions in the EU still need to wean themselves of coal. That’s a huge, huge operation. We will make sure this is done in a just way so that they have an economic future in that region, that we skill and reskill the workforce for them to take new jobs, that we bring new economic activities to those regions,” he said. “And I would love to share that experience with Indonesia."

Timmermans said governments are racing against the clock to make progress in the transitions needed to come to terms with the climate crisis.

“We need to reduce our emissions substantially between now and 2030 ... and to do that, you need to make this energy transition happen almost at lightning speed, and that is a real difficulty," he said. “The one thing we have too little of is time.”

On campus, COP26 is far from some Toronto students’ minds