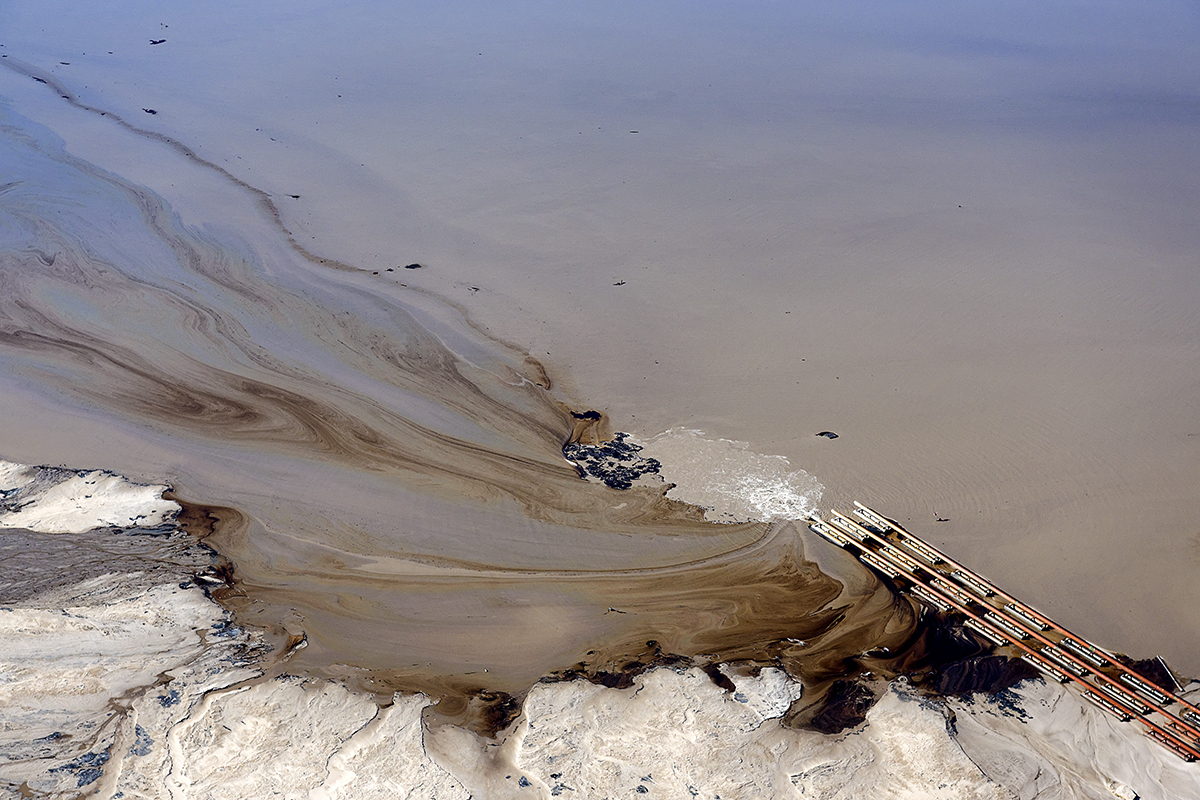 Canada’s top 100 emitters were responsible for just over a quarter of the country’s total greenhouse gases in 2019. That’s the equivalent of roughly 54 million cars or more than 41 million homes’ energy use in a year.

These 100 sites — made up of coal-fired power plants, steel mills, mines, refineries, and other similar businesses — were responsible for a little more than 196 megatonnes (MT), or million tonnes, of greenhouse gases in 2019. Canada’s total that year was 730 MT, the highest amount since 2008.

Canada’s National Observer has mapped the country’s 100 largest emitters to show where they are and document emission trends. Comparing the 2019 emission data from the heaviest polluting sites to previous years reveals a disturbing trend: over the past decade, emissions have climbed in many sectors, undermining progress made in other corners of society.

Using the data, we will dig deeper into the numbers to see if the country's worst polluters are transitioning to a green economy — if they even have plans to do so.

Using the + and - buttons on the map’s top-left corner will allow you to zoom in or out, while the home button resets the map to the original view. The button at the bottom right of the map will bring the map to full screen. You can also share the map using the share button along the right-hand side.

Clicking a point on the map will bring up information about the site, including the company’s name, historic emission data, federal riding, and a brief description of what the facility does.

This map was created using the federal government’s large emitter data. With the exception of the TransCanada Pipeline (Alberta System), which did not have any geographic co-ordinates available in any dataset analyzed by Canada’s National Observer (CNO used the company’s office in Fairview, Alta., for the map), all co-ordinates are presented as submitted to the government.

The 100 heaviest greenhouse gas emitters in Canada were responsible for more than 25% of the entire country's emissions in 2019. Here they are. #cdnpoli

We invite you to explore the dataset and map yourself, as we roll stories out over the coming weeks exploring the relationship between these heavy emitters and Canada’s climate policy.

The way Canada’s largest greenhouse gas emitters are dotted across the country reveals a deeply uneven mix, with just three provinces — Alberta, Ontario, and Saskatchewan — home to more than 70 of the dirtiest sites.

As of 2019, the most recent year of federal emissions data available, those three provinces had 71 of the country’s 100 largest emitters. Those sites represent approximately 162 MT of greenhouse gas emissions, or about 82 per cent of the top 100 total of 196 MT.

To put that in perspective, Canada’s total emissions in 2019 were 730 MT, meaning those 71 sites spewing 162 MT of greenhouse gases into the atmosphere were responsible for over 20 per cent of the country’s total.

Alberta is by far Canada’s top polluting province, with 42 of the country’s top 100 emitters. Those sites were responsible for roughly 119 MT of greenhouse gases, most of them related to the province’s fossil fuel industry.

With Alberta’s emissions rising roughly 60 per cent over the past 30 years, Pembina Institute’s director of federal policy Isabelle Turcotte says oilsands companies that are committing to net-zero should have those plans scrutinized.

“Let's pressure-test those plans,” she said.

“What is their investment plan? Are they putting their money where the mouth is in terms of getting those Scope 1 and Scope 2 emissions down?”

Because the majority of emissions from the oil and gas industry arise when the product is burned, Scope 3 emissions are the most critical from a global perspective — and they are typically left out of the industry’s net-zero plans. That reveals the limitations of these plans, says Turcotte.

Oilsands companies “are super emissions-intensive, and it's going to be very costly to reduce them,” said Turcotte. “And when you start looking at what technologies are available to you, and how far they can get you, you come to the conclusion we need production to go down.”

The Sarnia area is home to about half of Ontario’s largest emitters and includes oil refineries, chemical manufacturing, and a natural gas plant. Ontario has other large emitters in heavy industry, like cement and steelmaking, reflective of the province’s diverse mix of industrial sites.

Returning to the Prairies, Saskatchewan is the third-heaviest polluter on the list, with 13 sites responsible for 13 per cent of emissions from the top 100 across the country. Seven of those sites are power plants that run on coal or gas, five owned by the provincial government.

The province is also home to the only co-operative in the top 100 emitters, the Co-op Refinery in Regina. Fertilizer and potash mining companies round out the province’s remaining heavy emitters.

Quebec had 12 sites in the top 100, responsible for about 11 MT of greenhouse gas emissions in 2019, or a little over five per cent of the total on the list. Like Ontario, Quebec has a diverse mix of industries contributing to its carbon output, from steel and cement manufacturing to oil refineries.

British Columbia had five facilities on the list, including a metallurgical coal mine (the kind used to make steel, as opposed to the coal burned for electricity generation), an aluminum smelter, a natural gas transmission line, and two cement plants. The emitters in B.C. on the top 100 list contributed about four MT of greenhouse gases, or about two per cent of the total emissions from the top 100.

Newfoundland and Labrador had four sites in the top 100, responsible for approximately four MT. There was a fossil fuel power plant, an offshore oil platform, an iron ore mine, and an oil refinery, showing the province’s tendency toward heavy industry.

Manitoba had only one site crack the top 100, a fertilizer plant owned by U.S. billionaire Charles Koch.

There were no sites from Prince Edward Island, Nunavut, Northwest Territories, or Yukon in the top 100.

Thanks for this article. Is

Thanks for this article. Is it possible to get a list of these 100 largest emitters? It would be easier to save the info that way.

As numerous studies based on

As numerous studies based on actual air measurements attest, Canada's oil & gas industry grossly under-estimates its emissions — of all types. The industry's emission stats are fiction. So is Canada's grand total.

A 2019 study, published in Nature, stated that CNRL's Horizon and Jackpine mines averaged 37% higher emissions than reported.
"Oilsands CO2 emissions may be far higher than companies report, scientists say"
• https://www.cbc.ca/news/technology/oilsands-carbon-emissions-study-1.510...
*
"Measured Canadian oil sands CO2 emissions are higher than estimates made using internationally recommended methods" (Nature Communications, 23 April 2019)
"The results indicate that CO2 emission intensities for OS facilities are 13–123% larger than those estimated using publically available data. This leads to 64% higher annual GHG emissions from surface mining operations, and 30% higher overall OS GHG emissions (17 Mt) compared to that reported by industry."
• https://www.nature.com/articles/s41467-019-09714-9
*
Methane, VOC, and SOA emissions as measured by airborne instruments are far higher than the oil & gas industry's reported estimates. Every one of these studies reports actual emissions higher than reported.
*
"Methane emissions from oil and gas operations around Red Deer, Alta., in November, 2016, were 15 times higher than the levels that they reported to the provincial govt, says a study in the journal, Elementa."
"Accuracy of methane leak reporting in Alberta clouds scope for new regulations" (Globe and Mail, Mar 22, 2018)
• www.theglobeandmail.com/report-on-business/industry-news/energy-and-reso...
*
"New research suggests industry and govt are badly underestimating AB's emissions of one of the most potent GHGs.
"AB could be underestimating releases of methane by as much as 50%.
"Currently, industry is only required to report how much methane is released during flaring and venting. Fugitive emissions from equipment such as leaky valves have only been estimated.
"But fugitive emissions —currently unregulated — account for 94% of released methane."
'If we thought it was bad, it's worse:' Alberta methane releases underestimated" (CBC, Oct 17, 2017)
www.cbc.ca/news/canada/edmonton/alberta-methane-releases-underestimated-...
*
Chan et al., "Eight-Year Estimates of Methane Emissions from Oil and Gas Operations in Western Canada Are Nearly Twice Those Reported in Inventories", Environ. Sci. Technol., Nov 10, 2020
https://pubs.acs.org/doi/10.1021/acs.est.0c04117
*
Dave Risk heads the FluxLab at St. Francis Xavier University in Nova Scotia: "I know without a doubt that scientists in Canada and abroad have known probably for 20 years... that emissions were underestimated."
"FluxLab's latest paper, which involved measurements at 6,500 sites, found that Cda's methane emissions are about one-and-a-half times the official estimate.
"Another report just last year, by the govt's own scientists, found that methane emissions are about double the official estimate. That study relied on measuring methane in the atmosphere across the country."
"Canada's methane emissions are likely undercounted, and that makes them harder to cut" (CBC, Apr 15, 2021)
https://www.cbc.ca/news/technology/methane-emissions-undercounted-1.5987246

And then we could just

And then we could just measure them with Canada's own GHGsat.com

Would a superimposed map

Would a superimposed map identifying where most of Canada's serious health issues reflect any info that could be useful?

Great list of point sources to focus on first.

There’s only 4 blast furnace steel plants, and 14 cement plants in Canada, collectively emitting about 4% of our emissions. One would think just changing their heating source (from coal to clean hydrogen) would be a good first step as none of the rest of the production process needs to be changed, just the source of heat.

To put things in perspective,

To put things in perspective, incentivizing 18 plants to clean up sounds a lot easier and effective (4% emissions) than convincing 23 million car owners to clean up 9% of our emissions.