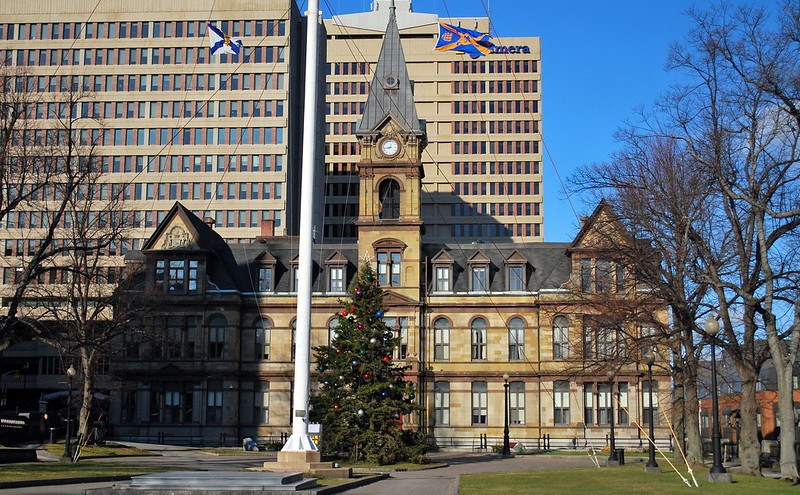 When it comes to the role of cities and towns in meeting climate reductions, cutting back emissions from buildings is one of the most important.

Some of the greatest advances come from Canada’s small municipal centres — Douro-Dummer has an innovative green building program that has the potential to eliminate all building emissions from the Ontario township by 2040; the City of Halifax has promised to achieve net-zero building emissions by 2050.

As the country grapples with ways to reach net-zero emissions by 2050, municipalities across the country are in discussions about the role they can play as part of the Federation of Canadian Municipalities (FCM) Sustainable Cities Conference, which runs Oct. 19 to 21.

According to the United Nations, cities generate more than 60 per cent of greenhouse gases worldwide and consume 78 per cent of the planet’s energy, all the while taking up only two per cent of the land. Although federal and international policy is a big piece of addressing climate change, Kassim Doumbia, the mayor of Shippagan, N.B., said the role of cities — and their municipal governments — needs to be taken seriously.

The panel pointed out initiatives such as building retrofits and programs that reduce emissions from buildings, a big-ticket item for many cities. For example, emissions from homes and buildings make up 55 per cent of total emissions in the city of Toronto.

Halifax Mayor Mike Savage pointed to the Cities Race for Zero pledge, which is aiming to recruit 1,000 cities to announce at COP26.

“The town of Bridgewater was, I think, the 1,000th community to sign up for the Race for Zero. Bridgewater is an awesome little town that has done some amazing stuff,” he said of the Nova Scotia municipality.

“So let's never think that we have a monopoly on innovative ideas that come from all people in all communities.”

With COP26 so close on the horizon, Doumbia said the issue is more important than ever.

“Let’s not minimize the role of small cities in the race to net-zero,” he said.

Ahead of #COP26, municipalities are discussing how they can play a role in reducing emissions. #ClimateCrisis #NetZero

Doumbia was part of a panel at the FCM event that looked at the question: What's next for communities in our path to net-zero? Doumbia was joined by Terri Lynn Morrison, executive director of Indigenous Clean Energy; Ben Geselbracht, a councillor in Nanaimo, B.C.; and Savage.

Concrete action, such as the City of Kingston making public transit free for students, not only helps reduce emissions but sends a strong message, said Geselbracht. And with municipalities trying out new initiatives, other towns are getting a chance to learn from them, he said.

“I think that what that allows us to do is be data collectors so that we can lobby our provinces and show what works, what doesn't work, where to put funding, where to enable legislation,” he said.

“And that's going to strengthen the entire system as a whole. So leading, it starts with a strong vision or purpose.”

That vision must meaningfully include Indigenous people and communities, said Morrison.

“Having Indigenous communities and players at the table from the beginning will reduce any potential issues that may arise ... if this territory or area has any implications,” said Morrison, who is Mi'gmaq.

Those ideas feed into the event’s keynote speech, which was delivered by Deborah McGregor, an Anishinaabe associate professor in Indigenous Environmental Justice at Osgoode Hall Law School on Oct. 19.

In her eyes, municipalities are in a unique position to work collaboratively with Indigenous nations.

“In terms of scale, in my mind, it's likely to be municipalities that are going to be able to hit the ground running,” she said, “because federal policy is so high-level, and they're often trying to always make these contributions to international meetings.”

However, she cautioned against tactics that may seem productive, but could actually harm Indigenous communities. Nature-based solutions, a big focus of COP26, tackle climate change through preserving and protecting land.

Historically, those solutions haven’t always benefited Indigenous nations. McGregor explained that they’re often branded as moves that draw and support Indigenous ways of knowledge but can lead to nations having less control and ownership over land. This can look like an area of land being taken away to become a protected area — something big climate polluters often support to offset their emissions — or a nature project, such as planting trees, taking place without Indigenous collaboration or consultation.

She said those solutions need to make explicit reference to reconciliation and have ongoing relationships as part of their planning and application.

“If not approached appropriately with Indigenous peoples, (they) can become a new form of colonization, or re-colonization, and (we) don't want to repeat what we've already seen before when other people have tried to save the planet through conservation or protected areas,” she said.

McGregor said Indigenous communities need to be much better supported to develop their own climate plans and solutions for their communities, as well as being more adequately included in climate planning at a larger scale.

“It's not a rejection of science to talk about Indigenous knowledge — it’s how can these two knowledge systems work together in order to address the big challenges that are facing everyone,” she said.

Municipalities have some low

Municipalities have some low hanging fruit that they could easily agree upon.