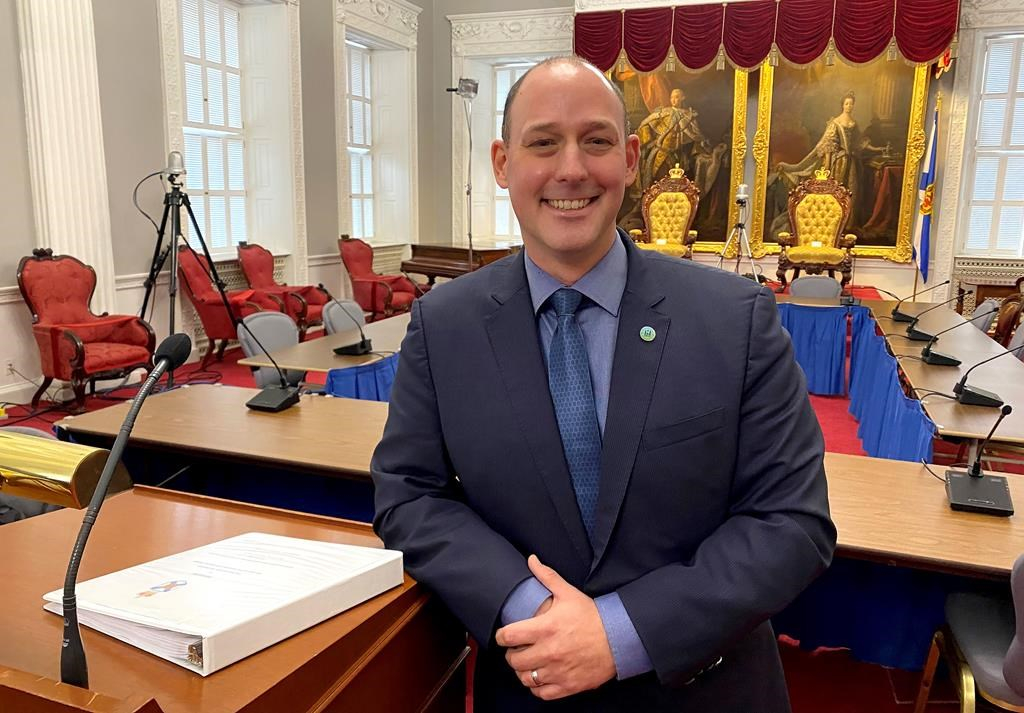 Nova Scotia Environment and Climate Change Minister Tim Halman said the reduction of greenhouse gas emissions to at least 53 per cent below 2005 levels by 2030 will also be legislated. Photo by Keith Doucette / The Canadian Press
Previous story
Next story

HALIFAX — Nova Scotia is proposing to enshrine a series of environment and climate change targets in legislation, including a new goal of phasing out coal-fired electricity generation by 2030.

The change in the proposed Environmental Goals and Climate Change Reduction Act, introduced Wednesday, moves up the phasing out of coal by about 10 years.

Jason Hollett, associate deputy minister of Environment and Climate Change, said emerging technologies and efforts to promote the proposed Atlantic Loop electrical energy project are keys to the coal and other climate goals.

"So we are actively pursuing opportunities to accelerate that (coal goal) and move that target from 2040 to 2030," said Hollett.

Environment and Climate Change Minister Tim Halman said other previously stated goals to be set in legislation include the reduction of greenhouse gas emissions to at least 53 per cent below 2005 levels by 2030 and the achievement of net-zero emissions by 2050.

The Progressive Conservative government is also pledging to have 80 per cent of the province's energy supplied by renewable sources by 2030 and to have zero-emission vehicles comprise 30 per cent of vehicle sales by 2030.

The majority of the goals are similar to those set out by a Liberal bill passed in 2019, however, the targets were set in regulations and weren't spelled out in the legislation. The Liberal bill also wasn't proclaimed as law.

Halman said the Tories are taking a different tack because "legislation is powerful."

"It holds government to a far greater level of accountability and transparency," he said. "Along with that, I believe there is just that power and symbolism with legislation and that is going to create certainty."

The new legislation sets 28 goals in all and commits the government to releasing annual progress reports and a legislative review within five years.

The change in the proposed Environmental Goals and Climate Change Reduction Act, introduced Wednesday, moves up the phasing out of coal by about 10 years. #NSpoli

Other targets listed include conserving at least 20 per cent of the province's total land and water mass, the development of a provincial food strategy, and the reduction of solid waste disposal rates to no more than 300 kilograms per person per year by 2030.

There is also a commitment to ensure all new government buildings, including hospitals and schools, are net-zero and climate-resilient, as well as working with municipalities and First Nations on their priorities for climate change initiatives.

Halman said a climate change plan outlining specific actions toward achieving the targets is to be released next spring.

Liberal Leader Iain Rankin said he generally supports a bill he says builds on much of the previous work done by his party, although he said the government should be more aggressive on its goals for the province's forestry sector.

The legislation calls for the adoption of an ecological forestry approach for Crown lands by 2023 that is consistent with the recommendations of an independent forest practices report prepared by William Lahey in 2018.

The report calls for use of the so-called triad model that sees some areas protected from all forestry; some forests dedicated to high-production forestry including clear-cutting; and areas that are harvested with a "lighter touch" and limited clear-cutting.

Rankin said implementation of the report should start no later than this year.

"I think 2023 is too long to wait," he said. "It's just going to be more clear-cutting on a lot of the land, especially in western Nova Scotia."

NDP environment critic Susan Leblanc praised the decision to set the goals in legislation and the commitment to annual reporting, however, she said her party thinks the greenhouse gas reduction target should be pushed to 58 per cent below 2005 levels.

"Fifty-eight is what we should be shooting for — it meets more international obligations," said Leblanc.

The legislation follows public consultations that were held from May 27 to July 26, which saw more than 5,600 individual ideas brought forward.