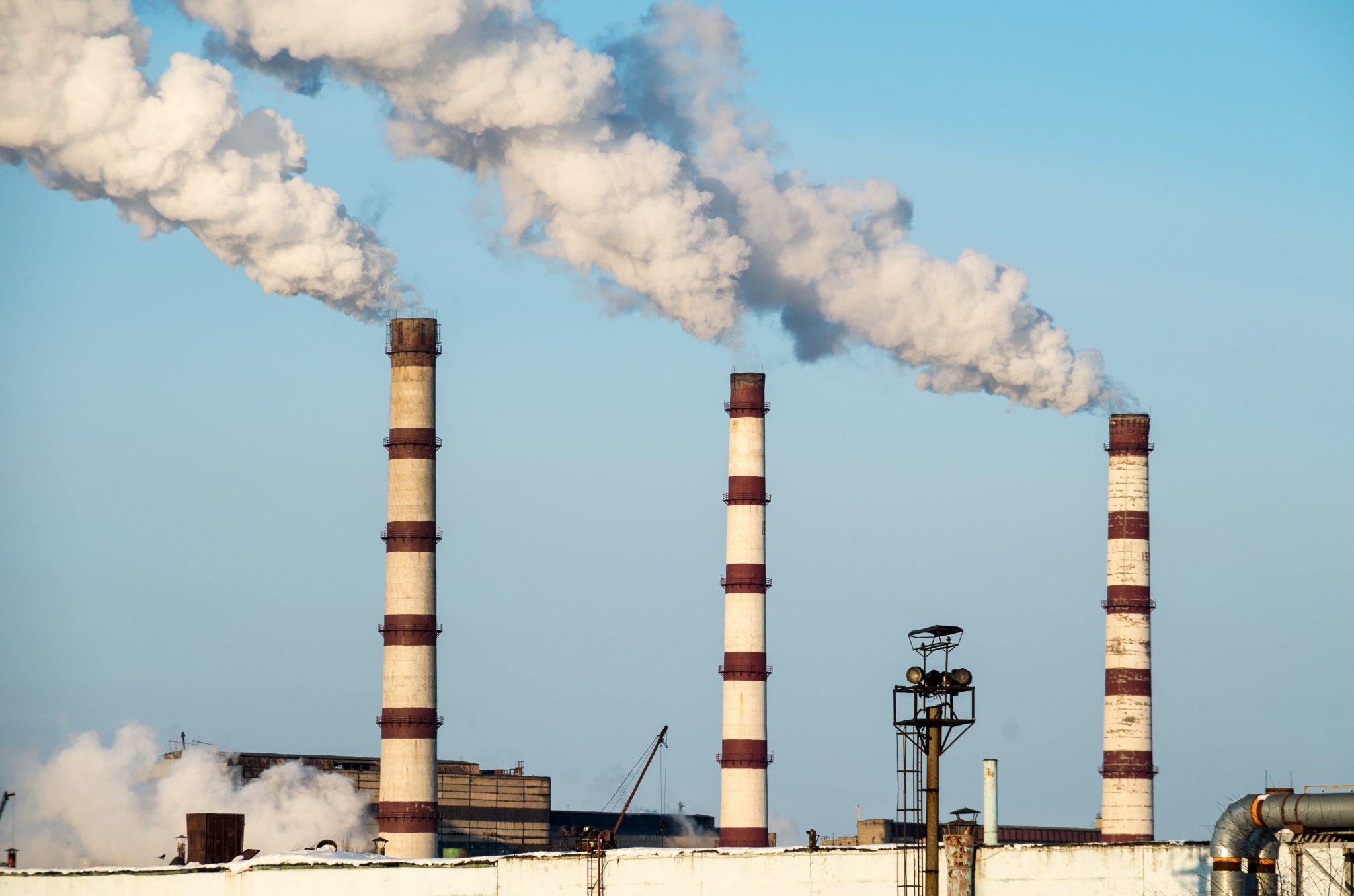 Still a Big Con: How Big Polluters are using ‘net zero’ to block meaningful action at COP26 was released Oct. 26. Photo by Valeriy Kryukov via Unsplash
Previous story
Next story

Net-zero pledges by a slew of companies have flooded in ahead of this year’s United Nations climate conference, but a new report has found many of these promises are greenwashing disguised as climate action.

Questioning the claims is essential in the lead-up to COP26, say authors of the report, Still a Big Con: How Big Polluters are using “net zero” to block meaningful action at COP26, released Oct. 26 by Corporate Accountability, Corporate Europe Observatory, Global Forest Coalition, and Friends of the Earth International.

It’s a concerning trend, say the authors, who found COP26 sponsor Microsoft continues to hold contracts with Exxon, while BP and Shell representatives have met with officials from the U.K. over 50 times ahead of the conference. BlackRock, a company with significant investments in coal, is actively lobbying the European Union to get involved in areas such as sustainable finance while advising its leaders on climate finance, the report found. At the same time, all companies have put forward “net-zero” plans.

The report goes over the holes in six big corporate players’ net-zero rollouts and notes many of them will tout their plans at COP26 while not being held accountable for their fossil fuel investments. Some companies — such as BP and Shell, which together have allocated more than $17 billion to oil and gas production this year alone — won’t be attending the climate conference but are still influential players, the report found.

​​The conference — also known as COP, short for Conference of the Parties — has brought the world together since 1995 to hammer out agreements to reduce global warming. The talks gather policymakers, scientists, environmental activists, climate experts, and news media from the 197 member countries of the United Nations Framework Convention on Climate Change (UNFCCC) to set and work towards global climate change goals. This year, COP26 will take place at the Scottish Event Campus in Glasgow, Scotland, from Oct. 31 to Nov. 12.

The report outlines common ways companies form plans where they argue they can reach zero emissions while continuing to pollute. Among the tactics singled out are bioenergy (burning trees to produce energy, a process that emits greenhouse gas); carbon offsets (investing in projects that store or reduce carbon to cancel out your own emissions); and nature-based solutions (conservation projects that aim to offset emissions). Those ideas come with additional concerns, said the report, such as the controversy around nature-based solutions violating human rights.

The idea is, if companies offset the same amount of emissions that they’re producing, including ones from fossil fuels, they can reach “net-zero.”

“Big Polluters have pulled out all the stops promoting their flakey ‘net-zero’ plans on the road to COP26, from schmoozing decision-makers and sponsoring conferences to rubbing shoulders with the Queen of England,” says Pascoe Sabido, researcher with Corporate Europe Observatory.

“But look behind their vague ambitions and you see a chilling future of climate chaos and continued planetary destruction. These climate criminals should have no seat at the table while they continue to try to burn it down. Why has the UNFCCC not kicked them out already?”

Giving companies like Microsoft, which Greenpeace calls the biggest tech partner to the fossil fuel industry, a principal partner position at COP26 is more than just a bad message, say the authors, it gives the company power within a space that should be reserved for non-polluters.

Giving companies like Microsoft, which is the biggest tech partner to the #FossilFuel industry, a principal partner position at #COP26, is more than just a bad message, say the authors, it gives them space that should be reserved for non-polluters.

Microsoft’s climate pledge is described as a “moonshot” by the report, which notes its goal of becoming a carbon-negative company by 2030 isn’t viable and doesn’t address emissions at the source. Rather, it relies on purchasing carbon offsets such as forest conservation projects (some of which took a hit from the wildfires in the U.S. this year) to get to its goal.

The company could see emissions rise more than 20 per cent through an existing contract it has with Exxon to develop artificial intelligence for oil and gas extraction, according to a 2020 Greenpeace report.

With COP26 already riddled with concerns around many low-income countries not being able to attend due to vaccine inequity and travel costs, it’s vital those most affected by the climate crisis are prioritized over big companies, said Aderonke Ige, associate director at Corporate Accountability and Public Participation Africa.

“Africans are clear: we must set the agenda for African policymaking, not corporate shills,” said Ige.

“It is we who experience vaccine apartheid and climate disaster. ‘Net-zero’ is a death sentence for Africans. COVID-19 remains a mortal threat. Not only do we demand life — we demand to be in leadership on real solutions to addressing these crises.”

Although other companies in the report didn’t meet the requirements to be a sponsor at COP26, authors found roundabout ways they plan to stay involved in climate policy and the conference. Shell, for one, met with ministers from the U.K. Department for Business, Energy and Industrial Strategy 57 times between July 2019 and March 2021; spent over €4.25 million lobbying European Union decision-makers in 2020, and has been actively promoting its net-zero strategy to Frans Timmermans, vice-president of the European Commission, and others.

At COP26, although Shell itself won’t be present, its lobby groups International Emissions Trading Association and the World Business Association will be, as will an organization it is partnered with, Sustainable Energy for All, which is set to have a pavilion in the event space. BP is in a similar boat — a company executive is speaking at a side event hosted by SSE Renewables, a principal partner of COP26, called “Net Zero Generation and Distribution.”

The UN Climate Change Race to Zero Campaign was also brought up in the report, which outlined how COP26-affiliated net-zero initiatives include fossil fuel companies. The initiative is a worldwide campaign that aims to collect support and climate leadership from businesses, cities, regions, and investors.

“The UN-led Race to Zero remains another industry-focused voluntary initiative with no accountability or consequence for those that miss their self-set targets, all the while promoting non-existent techno-fixes and other false solutions like carbon offsetting.”

At an Oct. 26 press conference held on Zoom, the group offered a suggestion: take a page from the World Health Organization’s Framework Convention on Tobacco Control (WHO FCTC), because “negotiating international policies without industry interference can save lives,” said the organizers.

Brought forward in the early 2000s, the treaty targets tobacco pricing, advertising, illicit trade, and other aspects of the industry, said Dr. Adriana Blanco Marquizo, head of the WHO FCTC secretariat.

“(The framework) provides tools that can protect policymaking from interference by the tobacco industry — which prioritizes profits over the health of the public and of the planet,“ she said.

“Some features of the WHO FCTC that make it a strong protector of public health — such as articles on liability and conflicts with commercial and other vested interests — may also help to protect climate policy from industries that pose a danger to people and the planet.”

Frankly, offsets and cap-and-trade trades have always been a crock.
The simple truth of the matter is that if everyone's at "net zero" there's nothing to trade, nothing to offset.
It's another way of kicking the can down the road and continuing to use the same amount of carbon, or more.

That goes double for air travel. I was terribly disappointed to see in the news that vaxxed Canadians seem to be planning to "catch up" on flying to foreign countries, now that they are allowed to.

What we really need is a hard limit on every individual's annual flying miles, until such time as those flights aren't pushing us over 1.5 degrees.

Apparently worldwide, we're already at something like 1.4: and it's clear that the northern regions are already more than double that. It seems to me that tipping points must necessarily take into account what's happening in the far north, as that's where the ice is melting, changing wind and ocean currents, and thus not only weather but also entire climates.