By Kairn Carrington | Analysis | November 2nd 2021
#44 of 98 articles from the Special Report: COP26: Uniting the World to Tackle Climate Change 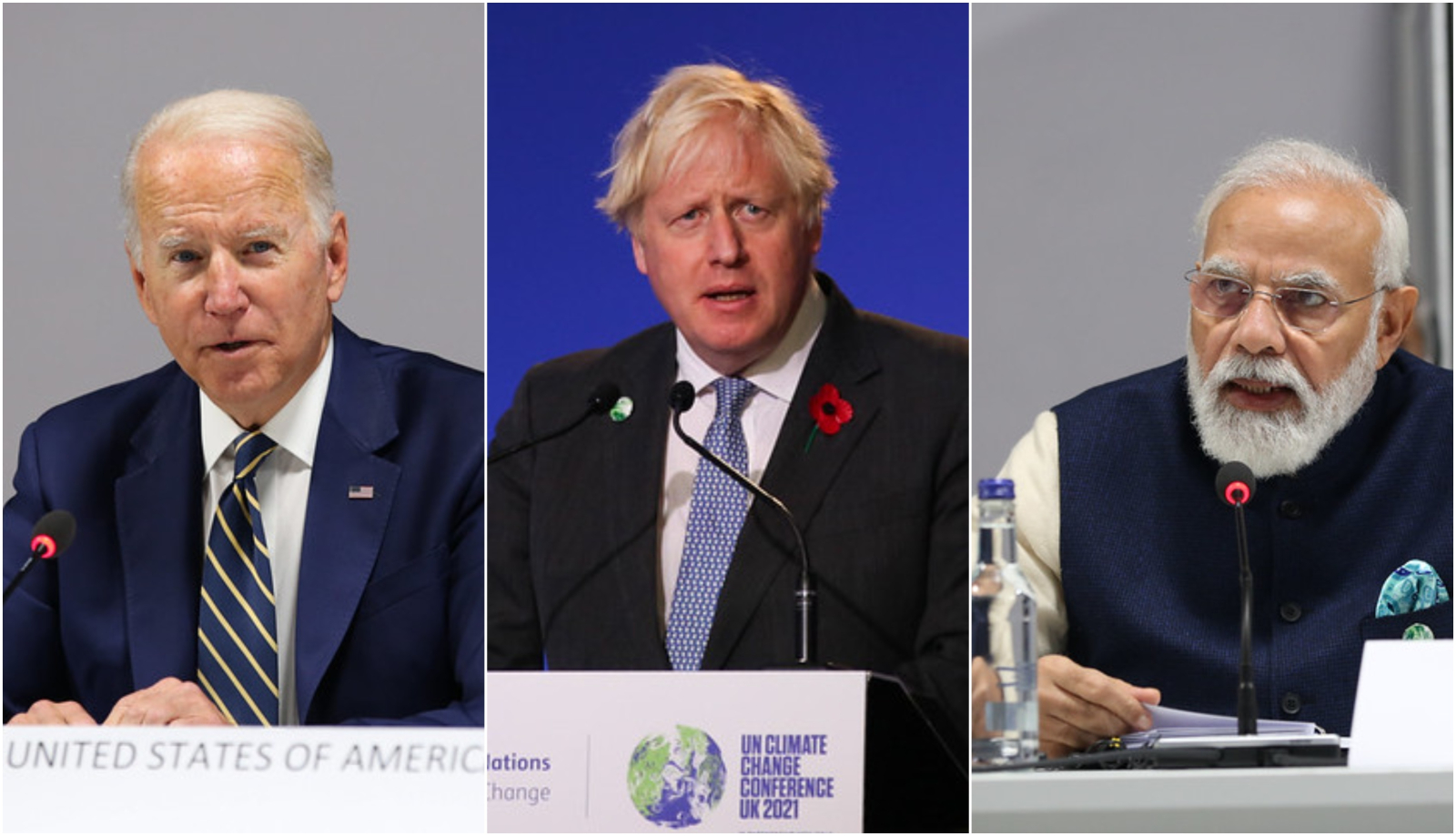 You can feel the urgency everywhere. It starts on the shuttle to the sprawling network of buildings and tents that make up the conference centre in Glasgow, Scotland.

A group of five young people in the back of the bus are chanting, "We are unstoppable, another world is possible." In front of me, a woman is turned, filming them with her iPhone. She is wrapped in a swath of ornately woven fabric. Above her N95 mask, her face is covered in geometric tattoos that I have never seen before.

The first full day of COP26, the United Nations climate conference, mirrors the state of the climate emergency itself. Everyone is rushing somewhere, though most people don’t seem to know where they are going. “Where is the breakout room?” “Can my badge get me in here?” “Is this the Blue Zone?” The mood in the crowded hallways is slightly frantic, confusion abounds, as does determination, and anticipation.

The first official session is a parade of national leaders, over 100 of them making statements, with a gentle gong that sounds a lot like a meditation bell letting them know when they reach the end of the three minutes allotted to share their vision of the world.

Sometimes it is hard to realize that I am listening to world leaders rather than some of my colleagues from my old Greenpeace days. “It is one minute to midnight on the doomsday clock” proclaims the perennially crazy-haired Boris Johnson. Not be outdone by U.S. President Joe Biden, who calls the climate crisis, “The existential threat to human existence as we know it” and then oddly signs off his address with “God bless you all, and may God save the planet.” Surely we’re not at the hopes-and-prayers stage already. As the people here keep reminding each other — they have the power to make the change.

The statements from the so-called vulnerable countries are heartbreaking. Prime Minister Mia Mottley of Barbados warns that an increase in global temperatures of 2 C is a death sentence for her people. Underscoring the urgency, UN secretary-general António Guterres tells us that four billion people suffered climate-related disasters over the past decade.

Of course, there are some serious holdouts to all this talk of radical transformation. Australia’s Prime Minster Scott Morrison promises us all that technology will save the day and Andrej Babiš, the prime minister of the Czech Republic, warns us that the “new green deal could become the green suicide” resulting in mass impoverishment if the world moves too quickly away from natural gas.

The overwhelming sentiment of the day, however, is that time is almost up.

Here is urgent piece of art ⁦@IIPP_UCL⁩ commissioned artist Cornelia Parker to make for ⁦action⁩ against global warming. It’s hanging today in blue zone @Cop26 ! Can’t wait to see live during our session with ⁦@Teresaribera⁩ and ⁦@NicolaSturgeon⁩ on Nov 10 pic.twitter.com/8QeOtduC6y

In the main hallways, a neon art piece declares “Hurry up please it's time.” It is by Cornelia Parker, a contemporary British artist who took the line from T.S. Eliot’s poem The Waste Land. Eliot took the line from the traditional call of the British pub landlord telling their customers the bar is closing and it's time to go home.

The first full day of the Glasgow climate conference mirrors the state of the climate emergency itself. Everyone is rushing to somewhere, though most people don’t seem to know where they are going, writes @karenmahon. #COP26

It’s time. The urgency is real, and our world leaders seem to understand this like never before. While it remains to be seen how many of these ambitious visions will turn into real action, it is an inspiring start to the long two-week journey ahead.

Kairn Carrington is a lifelong environmentalist, trainer, and teacher from B.C.’s West Coast.