By Morgan Sharp | News, Next Gen Insider | November 2nd 2021
#44 of 99 articles from the Special Report: COP26: Uniting the World to Tackle Climate Change 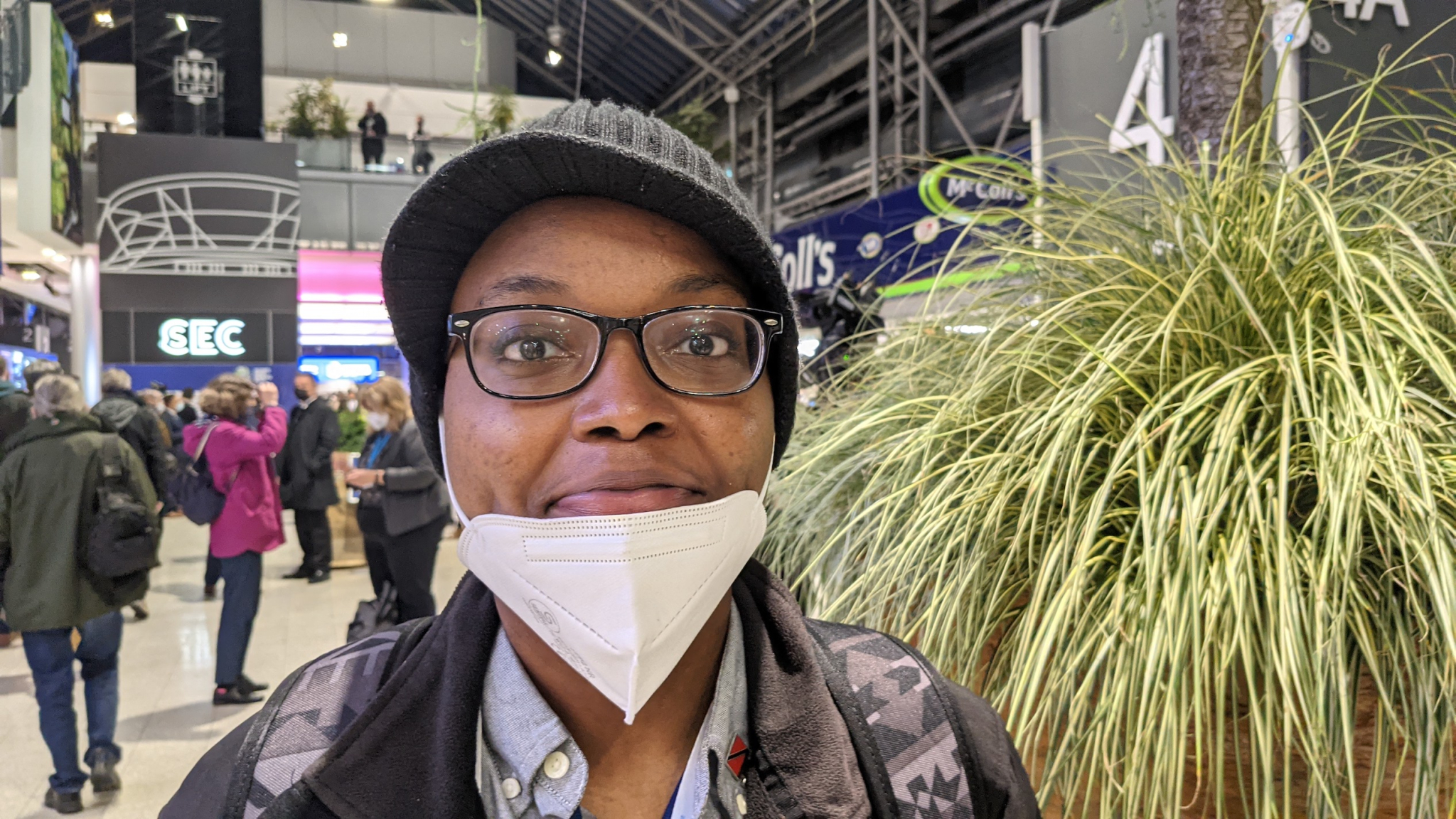 "We're fighting for our futures," says Chandelle O’Neill from Trinidad and Tobago. Photo by Morgan Sharp
Previous story
Next story

The young people who have managed to get inside the rarefied confines of the COP26 climate conference are determined to use their presence to win more than platitudes from world leaders.

YOUNGO, a collection of youth NGOs and individual young people that make up the official youth contingent at the UN, finished up a 77-page policy document incorporating the views of thousands of young people on the weekend, and are angling to get world leaders to read it this week and then act on its demands.

“There is a lot of what I call the futurization of youth in the sense that people who are in positions of power claim to make decisions on behalf of, and with care for, us in the future,” said Vladislav Kaim, a 26-year-old economist from Moldova who sits on the young advisory group and co-led the transportation portion of the text.

This happens “even though we are already in the present both suffering the consequences of their actions and inactions and at the same time, we already have experiences and a certain degree of expertise we've accumulated through our engagements that we bring to the table,” he said.

Kaim and others involved with YOUNGO want to move from having their voices heard to being meaningfully included in climate decisions.

Just like the broader UN, YOUNGO members make all their decisions by consensus and Xuan Zi Han, the co-lead of the overall document, said youth delegates often echoed the priorities of their nations, with youth from the Global North more interested in adaptation and those from the Global South focused more on the creation of a fund to cover loss and damage from extreme weather.

"These are very fundamental tensions that exist when we are writing a global youth statement,” 20-year-old Xuan said. “We tried our best to reconcile it to the extent that we can get behind this and say it’s a unifying youth paper, but, obviously, we still have to work out some of the disagreements.”

Xuan said YOUNGO members in the Blue Zone at the climate conference (where the formal talks take place) are attending as many open sessions of negotiations as possible to highlight their policy paper and its solutions and had a constructive meeting with the president of the UN General Assembly Abdulla Shahid, including on climate finance and mitigation.

They will present their paper to UN secretary-general António Guterres, COP26 president Alok Sharma, Scotland’s First Minister Nicola Sturgeon, and other world leaders on Friday, the day set aside for youth issues.

YOUNGO is open to the involvement of people under 35 regardless of their prior experience and counts about 200 youth non-governmental organizations and more than 5,500 individuals as members.

One of those pushing for a significant portion of the US$100 billion in annual climate funding promised to developing nations to recover from the loss and damage inflicted by worsening extreme weather is Chandelle O’Neill from Trinidad and Tobago, an island nation that faces flooding tied to hurricanes that its infrastructure can't handle.

"We understand that these spaces are very much still privileged, it's people from certain backgrounds,” they said, referring to the inside of the COP26 conference hall. “Our generation, we're trying to be more inclusive, trying to be more diverse.

"The reason these lines are drawn the way they are is because of history and because of barriers that exist, and we need to acknowledge those barriers so we can work out ways to break them down," they said.

O’Neill said that the small number of youth able to push for change from the inside and much larger numbers advocating from the street should see each other as two parts of the same fight.

"We're fighting for our futures, and while we do it in different ways, I hope — I really, really hope — we remember the bigger aim, the bigger goal and we don't let the ways we go about it divide us."