By Cloe Logan | News | November 4th 2021
#53 of 99 articles from the Special Report: COP26: Uniting the World to Tackle Climate Change 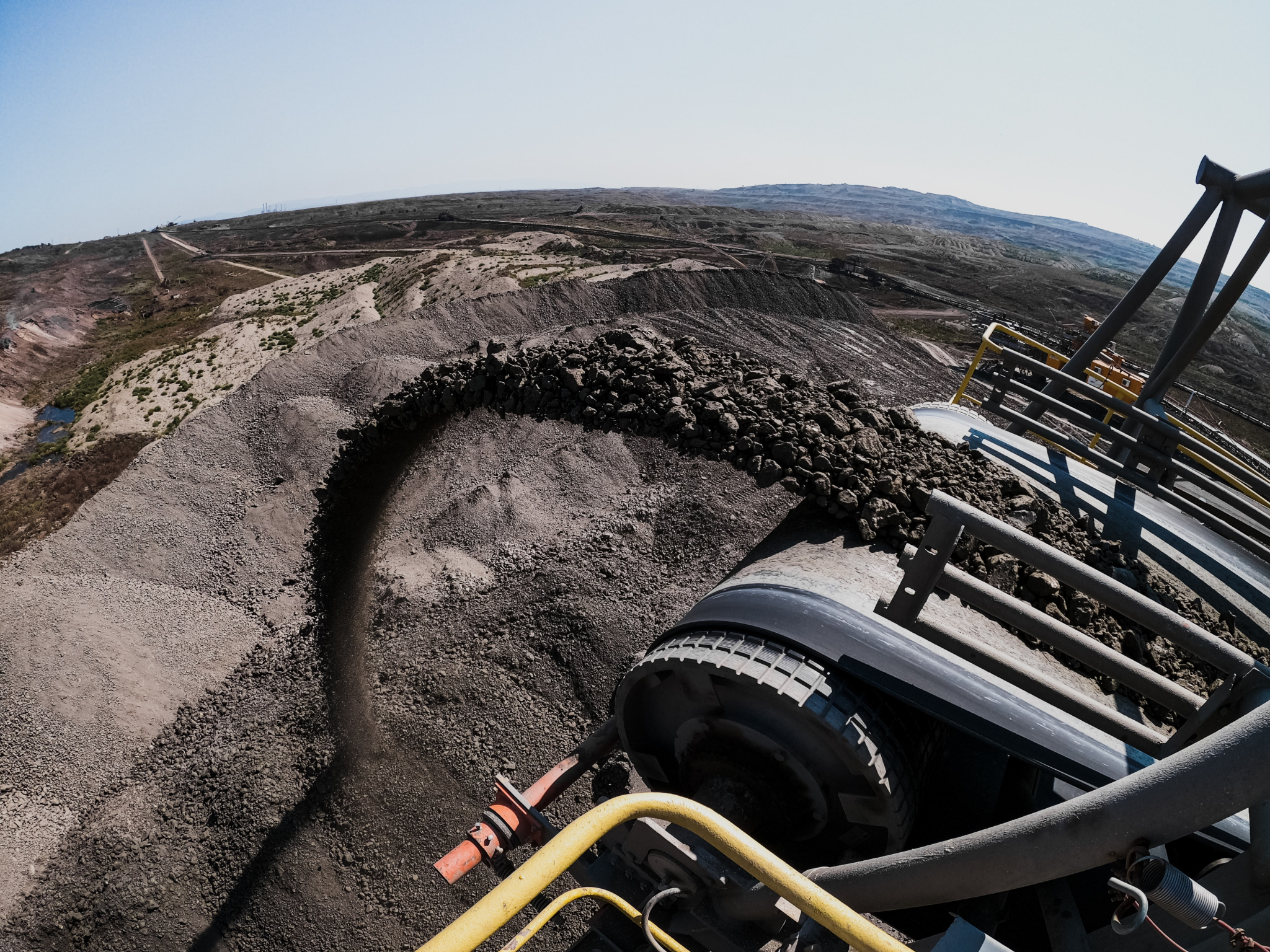 Thousands have come together to stress that 2030 is too late to ban the export of thermal coal, the dirtiest fossil fuel on Earth. Thermal coal is responsible for half of all carbon emissions and 800,000 deaths per year.

On Tuesday, numerous environmental, health and other groups delivered petitions signed by more than 30,000 people to Prime Minister Justin Trudeau, calling on his government to ban the export of thermal coal by 2023.

"As an Indigenous-led organization, we reject false solutions and delay tactics in addressing the climate crisis," said Jesse Cardinal, executive director of Keepers of the Water, a group that supported the petitions.

"Canada's posturing as an opponent to coal, while it continues to export this fossil fuel elsewhere, is one such tactic. All parts of Mother Earth are interconnected. Burning coal anywhere is a threat to the health of the whole planet."

The plea follows an election promise from Trudeau, who vowed to phase out the export of thermal coal in the next nine years, building on a previous commitment to phase out coal power by 2030.

Thermal coal, the type used to generate electricity, is the country’s oldest fossil fuel. Canada exports 15 to 18 million tonnes of thermal coal each year, an amount that has the potential to produce 33 to 40 million tonnes of CO2e each year. That equates to the emissions from eight million passenger vehicles.

At the same time, Canada is a co-founder of the Powering Past Coal Alliance (PPCA), a coalition of 137 entities aiming to reduce the use of thermal coal worldwide.

“As a co-founder of the PPCA, we have a responsibility to act faster and go further. And so that's why accelerating that timeline is so critical,” said Julia Levin, senior climate and energy program manager at Environmental Defence.

“Banning exporting thermal coal is a no-brainer. There's going to be hard decisions that we need to make on the decarbonization pathway. This is not one of them. This is a low-hanging fruit, so let's move quickly with the low-hanging fruit.”

Environmental Defence was joined by other environmental groups in Ottawa, including the Canadian Association of Physicians for the Environment (CAPE). Anjali Helferty, CAPE’s executive director, said it’s important to consider the health implications that come with burning coal — and the stress on health-care systems.

Canada exports 15 to 18 million tons of #ThermalCoal each year, which has the potential to produce 33 to 40 million tonnes of CO2e each year — that's equal to the emissions from eight million passenger vehicles. #ClimateCrisis #COP26

"We have recognized here at home that we should not subject communities to the health impacts from burning coal for electricity, which include asthma, cancer, brain damage, and premature death,” Helferty said. “If we claim to value the health and lives of people around the world, we cannot continue to export coal overseas."

A focus of this year’s climate conference is phasing out coal — COP26 president Alok Sharma has said: “I've been very clear that I want COP26 to be the COP where we consign coal power to history.”

The conference — also known as COP, short for Conference of the Parties — has brought the world together since 1995 to hammer out agreements to reduce global warming. The talks gather policymakers, scientists, environmental activists, climate experts, and news media from the 197 member countries of the United Nations Framework Convention on Climate Change to set and work towards global climate change goals. This year, COP26 is taking place at the Scottish Event Campus in Glasgow, Scotland, until Nov. 12.

The conference makes it all the more important that the Canadian government takes note of the points in the petitions, said Levin, who added Environment and Climate Change Minister Steven Guilbeault is speaking at a PPCA event for Energy Day on Thursday at COP26.

“We wanted to get these petitions into the government's hands and set them up to make an announcement (Thursday) about accelerating that timeline,” said Levin.

“We’ll be watching for that.”

A vote against thermal coal exports is a vote for climate

Why not metallurgical coal as

Why not metallurgical coal as well as thermal coal? By definition, metallurgical coal has a higher carbon content and leaks serious amounts of coalbed methane, mining it contaminates precious groundwater and rivers by leaching toxins including selenium for centuries, spews extremely harmful particulate matter, destroys landscapes and biodiversity. Yes, industry likes to say it is required to make wind turbines, but it is time the rules change and alternatives are found and developed. As for the argument that it is "clean", no, that just means the fines are washed at source and left to further contaminate water, air and soil.