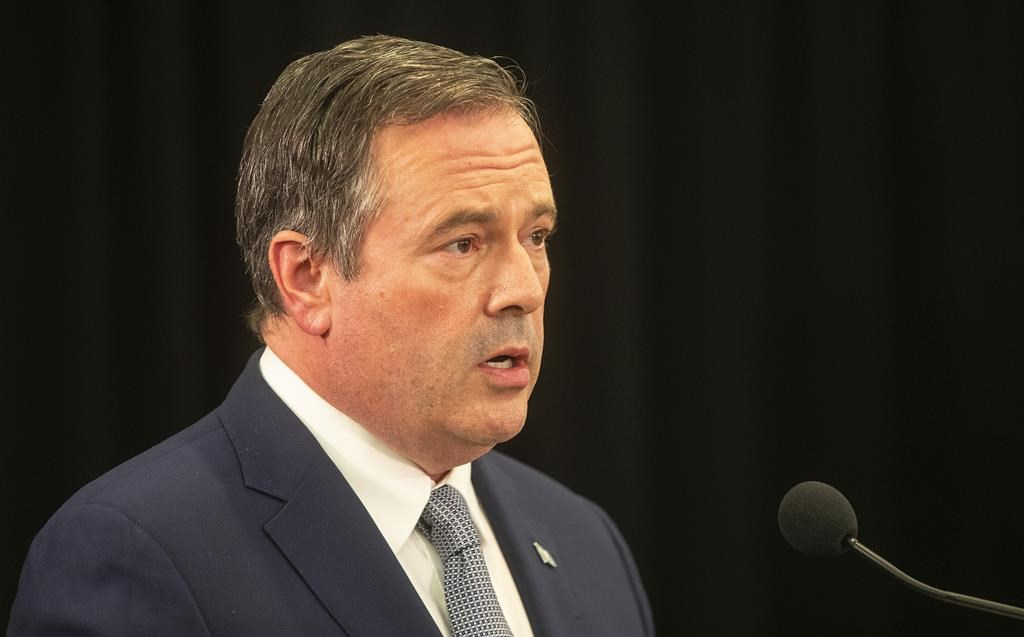 The Alberta government has released its road map to reach a goal of becoming a world leader in hydrogen exports by the end of the decade.

Premier Jason Kenney says Alberta is well-positioned with its existing energy infrastructure to become a global supplier of choice for hydrogen.

And he calls it a “game changer” in the climate change fight, given that hydrogen emits no greenhouse gases when burned.

He says the global hydrogen market is expected to become worth up to $2.5 trillion within the next 30 years.

The plan calls for catching up on clean hydrogen technologies in the short term before moving to growth and commercialization in the long term.

Alberta is already the largest hydrogen producer in Canada at 2.4 million tonnes per year.

Dale Nally, the associate minister for natural gas and electricity, compares the hydrogen revolution to the breakthrough energy boom brought on by the oilsands.

“Hydrogen can absolutely be a game changer for our province on many levels,” Nally told a news conference Friday.

“We have the natural advantages to make hydrogen that is both clean and affordable.”

Along with export potential, the report identifies four leading domestic markets for clean hydrogen, which is hydrogen produced with minimal greenhouse gas emissions.

They include home and business heating, power generation, transportation and hydrogen for industrial use.

“This strategy lacks detail and thoughtfulness that would be required to actually attract investment,” she said.

“It sets targets, but it doesn’t actually provide a pathway to achieve those targets.

“It doesn’t even give a commitment to how much investment they are willing to contribute at the provincial level.”

The government said the plan will be revisited in 2025.

Private coalition pushes for green hydrogen. So why is Canada betting on blue?