What's on the menu at a UN climate summit? 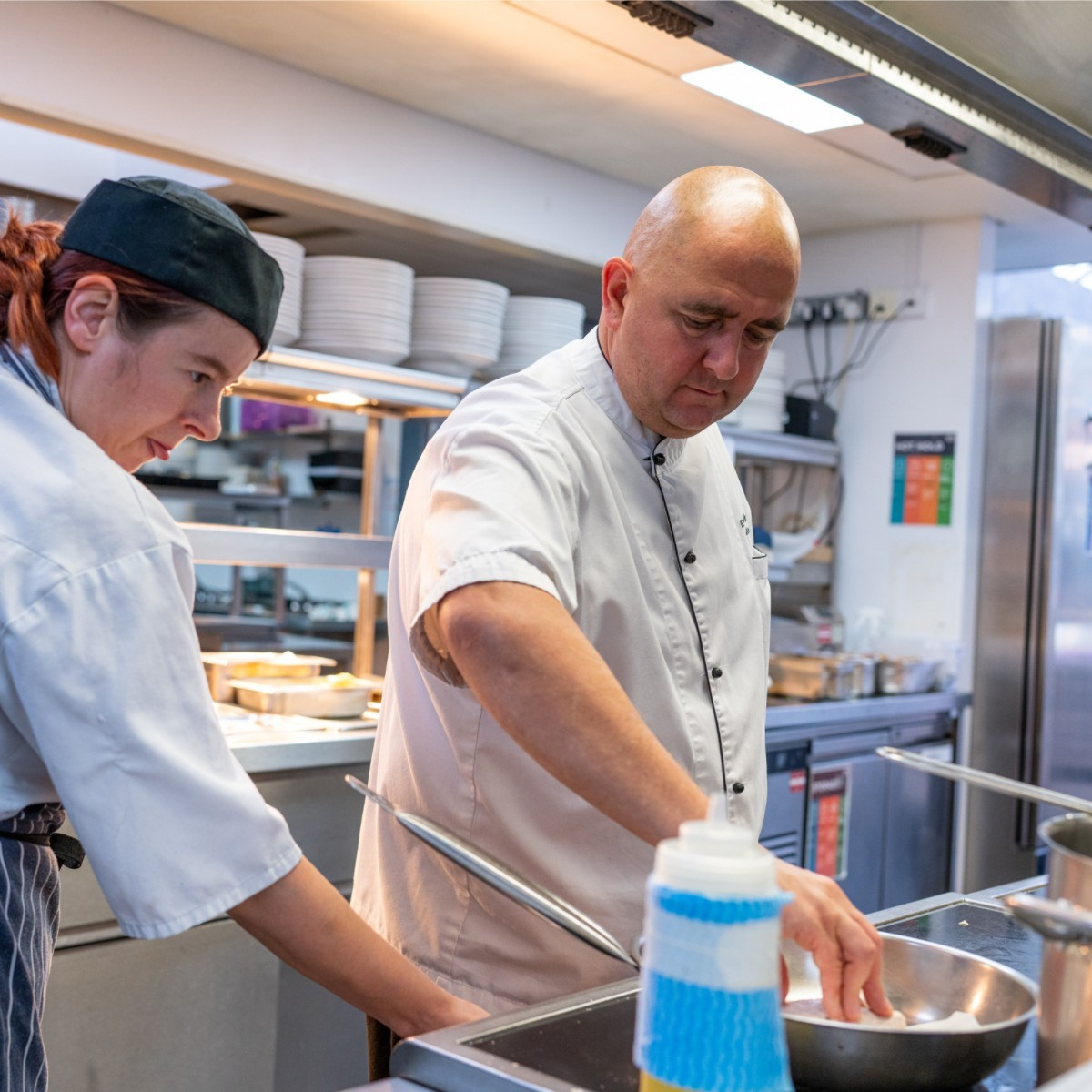 With previous climate conferences coming under fire for serving unsustainable meals, the organizers of this year's United Nations meeting in Glasgow, Scotland, have highlighted efforts to serve climate-friendly meals. But critics say those measures — and the food itself — aren't enough to emphasize the urgent role food plays in saving the planet.

Meat — albeit Scottish meat — remains on the menu at the conference known as COP26, while veggie and vegan options have received middling reviews from some participants like Lana Weidgenant, a representative for the UN youth consistency group YOUNGO and a U.S.-based food activist. She's disappointed that the soups, sandwiches, salads, and other dishes fuelling climate negotiators aren't setting a high, if symbolic, bar about the role of food in resolving climate change.

"I want (COP) to address food systems and healthy diets," she said. Meals at the event are the "first step" to acknowledging that "food, agriculture, and diets make a difference."

COP is shorthand for conference of parties, the meeting of global leaders tasked with finding ways to limit climate change.

Food systems account for about a third of global greenhouse gas emissions, according to the Intergovernmental Panel on Climate Change (IPCC). They're also one of the fastest ways to reduce greenhouse gas emissions. In a 2021 report, the World Wildlife Fund noted that measures to bolster sustainable farming, reducing food waste and supporting efforts to make food systems sustainable — including diets that are primarily plants — could reduce emissions enough to stay within the 1.5 C safe limit of warming outlined in the Paris Agreement.

Despite its potential, food systems have a relatively low profile at the climate conference in Scotland. The event — also known as COP, short for Conference of Parties to the United Nations Framework Convention of Climate Change (UNFCCC) — brings the world together to hammer out deals to reduce global warming. The talks gather policymakers, scientists, environmental activists, climate experts, and media from the 197 member countries.

Only one process, the Koronivia Joint Work on Agriculture, tackles food-related emissions and it has historically played a relatively minor role in COP negotiations. Nowhere is there a mechanism under the UNFCCC that is trying to reform food distribution and diets to make them more sustainable while guaranteeing everyone's right to food.

That's why serving tasty, climate-friendly food to delegates is crucial, said Weidgenant. She added that her position is shared by a coalition of YOUNGO members that has been pushing for better food at COP for since COP25 in Madrid held in 2019.

"What's the point of serving plant-based foods that people (don't like), and never want to eat plant-based again?"

Still, she acknowledged that COP26 is an improvement over previous years. For instance at COP24 in Katowice, Poland, delegates had almost no plant-based or locally-sourced options. At COP25 in Madrid, Spain, the line for a food truck parked outside the venue stretched hundreds of people long as attendees sought more flavourful lunches, she added.

With previous climate conferences coming under fire for serving unsustainable meals, the organizers of this year's COP in Scotland highlighted efforts to serve climate-friendly meals. But critics say it's not enough. #COP26 #COP26xCNO

"With an event like (COP26), you've got 10,000 new delegates with new requirements — it's like building (a catering system) from scratch each time," explained Kevin Watson, business director at Levy UK and Ireland, the catering company that coordinated food for COP26. Planning for the event started roughly two years ago, he said. From the beginning, the company put an emphasis on using seasonal, ideally Scottish, ingredients and reducing their meals' carbon impact.

"(We created) a seasonal calendar that (we gave) to chefs and let the chefs create the menus with what's available rather than us and the delegates dictating," what the conference attendees would eat.

That meant thinking several seasons ahead. For instance, last summer chefs made about 750 kilograms of strawberry jam from Scottish strawberries in anticipation of the event.

They also created "plant-forward" menus that put more vegetables on the menus than meat and trying to reduce the amount of meat in traditional carnivorous favourites like hamburgers. Burgers at the venue use all-Scottish meat, but the addition of spelt and barley means they contain almost half as much meat as traditional burgers.

Additionally, a Swedish company provided carbon footprint estimates for each dish with the goal of helping delegates see the impact of their food, Watson said.

Moreover, most of the roughly 400 cooks, servers, baristas, waste pickers, dishwashers and other staff at the event come from Glasgow or the surrounding area, Watson said. For some, especially those who were employed in the restaurant and food service industry before the pandemic slowdown, COP26 provides work and also training for future employment, he said.

"We put our intent out there by trying to create our own carbon menu, and that's quite different from other COPs," he said.

Yet despite the progress, Weidgenant said she wants to see the food at COP more closely pioneer the profound changes needed to make global food systems sustainable.

"Food is our future," she said.

How ridiculous: if the local

How ridiculous: if the local caterers can't find their way beyond sausage, trip and oatmeal, have them hire cooks from elsewhere, who can provide a multitude of ethnic foods not only "based on" but entirely from plant foods.
It's hardly as though there are no people in the UK who eat, cook and sell foods from many of the countries whose delegates, observers, and "locked-outs" are in attendance.
Good grief!

Gob smacked ... that food (production, consumption, sustainability, and choice) isn't 'on the menu'.

I don't think that anyone

I don't think that anyone should complain about having to eat local. Isn't that one of the ways to be more sustainable? I understand that Scotland has vast areas that are not suitable to crop. That makes meat one of the local foods.

"Eating locally would only

"Eating locally would only have a significant impact if transport was responsible for a large share of food’s final carbon footprint. For most foods, this is not the case. GHG emissions from transportation make up a very small amount of the emissions from food and what you eat is far more important than where your food traveled from. ... Eating local beef or lamb has many times the carbon footprint of most other foods. Whether they are grown locally or shipped from the other side of the world matters very little for total emissions." -- Our World in Data https://ourworldindata.org/food-choice-vs-eating-local

You are suggesting that

You are suggesting that Scotland should import more of their food and not make use of what they can grow locally if it is meat. That seems very irresposible to me. It might take a while but there will come a time when people realize that meat can be just as sustainable as plant based and often more so. I think that most people that live in urban areas do not realize the devastation caused by annual cropping. It absolutely kills biodiversity, causes erosions, uses huge amounts of pesticides and fertilizer and depletes soil carbon. I know that there are improvements needed in animal agriculture but it is in no way worse than monoculture cropping. I have spent my whole life in agriculture and this is the view from where I am. There is a lot of scientific research that indicates that the solution is more complex than the current narritive of plant based food.

Ummmm ... no-ot!
Some research needed, there, on what sustainable and organic farming looks like.

Bottom line is you can only kill the pig once. There are a multitude of ways to have healthy soil producing annually.