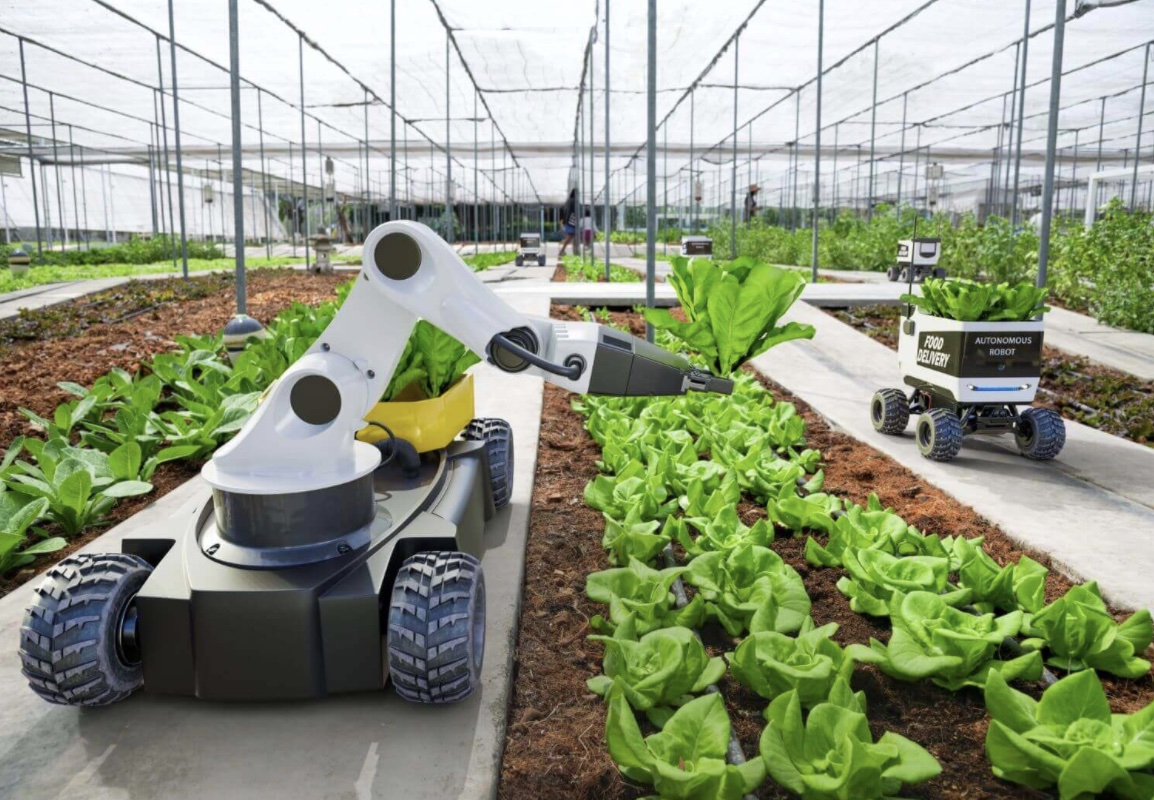 Canada backed a controversial initiative aimed at boosting countries' support for high-tech farming methods designed to reduce emissions and mitigate the impacts of climate change on farms and food on Tuesday.

The Agriculture Innovation Mission for Climate (AIM4C) initiative developed by the United States and the United Arab Emirates encourages participating countries and businesses to invest heavily in "climate-smart" agriculture within the next five years. The $4-billion program will foster new scientific breakthroughs through support for public and private agricultural research centres and help farmers access them.

"As stewards of the land, farmers are on the front lines of climate change," said U.S. President Joe Biden, speaking at a closed plenary session at the ongoing COP26 meeting in Glasgow as he formally launched the program. According to its website, the new initiative will work with a "wide range of participants" — including the Bill and Melinda Gates Foundation — to boost high-tech farming worldwide.

"The climate crisis threatens to disrupt food systems around the globe, exacerbate food insecurity, and negatively impact farmers' livelihoods," said U.S. Agriculture Secretary Tom Vilsack in a statement. "We must invest in innovative, science-based solutions to help agriculture mitigate and adapt to climate change — that's what AIM is all about."

Food and farming have had a relatively low profile at the COP26 climate conference in Glasgow, despite contributing roughly a third of the world's greenhouse gas emissions according to the Intergovernmental Panel on Climate Change (IPCC).

The climate conference — also known as COP, short for Conference of Parties — brings the world together to hammer out deals to reduce global warming. The talks gather policymakers, scientists, environmental activists, climate experts, and media from the 197 member countries to the United Nations Framework Convention on Climate Change.

Agriculture and Agri-Food Canada is part of the initiative and is helping with efforts to quantify the amount of soil stored in pastures for cattle and other livestock, according to a statement by the department. The federal government has already announced about $550 million to support the development and adoption of new technologies and more sustainable land management practices, including this project, the ministry noted in an email.

However, environmental and food advocates warn the project will only exacerbate environmental problems and social and economic injustices created by industrial food production. Except that unlike earlier generations of industrial farming practices that rely on genetically modified seed, pesticides, and fertilizers, data and digital technologies are also involved.

"What's new (with AIM4C) is that Silicon Valley is in the game," explained Tom Wakeford, a biologist and spokesperson for the Action Group on Erosion, Technology, and Concentration (ETC Group), an environmental organization that studies the socioeconomic and ecological consequences of new technologies. "(Tech companies) are interested because it digitizes food, which we can't live without."

The most pressing concern is that technological developments will focus on counting and monetizing carbon stored in the ground by more sustainable farming practices, like regenerative farming. Regenerative farming is an approach to agriculture that reduces artificial fertilizer use — a major source of agricultural emissions — and tries to bolster the amount of carbon stored in the ground through cover-cropping and other practices.

Canada has backed a controversial initiative aimed at boosting countries' support for high-tech farming methods designed to reduce emissions and mitigate the impacts of climate change on farms and food. #COP26

However, it currently is nearly impossible to accurately monitor how much carbon gets stored in farm fields. Several companies, including Microsoft, are working on tools that could make these measurements easier, especially for small farmers. That, in turn, would allow farmers to sell the carbon in their fields on national or international carbon markets.

It's a concerning prospect, particularly for countries in the Global South where Wakeford could see companies buying up huge tracts of land with the purpose of converting them into "carbon farms," all while pushing poorer smallholders off their land.

"I'm not opposed to technology solutions, but it's important to ask: Who benefits?" he said in an emailed response. "When profit is the first objective, we know equality and sometimes safety are compromised. Even the regulatory oversight is strongly influenced by powerful corporate actors."

Those concerns are valid, added Stig Tanzmann, an agricultural policy adviser for Brot für die Welt based in Germany.

Technologies are never inherently bad, but they must serve an existing problem. In the case of food and farming, most of the pressing issues emerge from the inequitable distribution of resources or the widespread adoption of farming practices that are environmentally harmful. They can also be costly for farmers, who need to pay large sums for seed, fertilizers, or machinery, for example.

"Climate science has given a clear message that food systems must move away from industrialized agriculture towards agroecological practices that work with nature and support smallholder farmers," she said in a statement. "It's no surprise that big agribusiness corporations are fighting back with a new greenwash initiative to stay relevant."

Moreover, Tanzmann noted that AIM4C could boost efforts by countries to develop more energy-intensive production systems, like vertical farming or cultivated meats. Proponents of these technologies say they can reduce emissions from transport and meat consumption while meeting the growing demand for emissions-intensive diets. However, a lack of transparency from companies developing these technologies has experts wary they can make food sustainable in the long run.

"In many cases, we have fantastic new technologies that are looking for problems they can solve so (they) can be marketed and money made," he said. "But finding a solution goes the other way around."

Hi-Tech farming may be

Hi-Tech farming may be glamorous! But in a crunch, it will be low-tech agriculture and local food production that will save us. Hi-Tech is so dependent on a zillion components that must be there at exactly the right time. For example, if a single key part of an automobile is missing, then that car doesn't work!
In January 1998, we had an ice storm in our (Montreal) area. I was one of the lucky ones since I was without electricity for «only » 19 days; others were without power for 34 days. Everything is controlled by electricity! No heating in January; even an oil furnace needs electricity to function! It was low-tech, the ability to find a quick fix to a problem and resilience that got us through! The same was true when Covid-19 hit us; the availably of all kind of goods was impossible because world-wide trade and transportation were in a tail spin!

Climate change will provoke all kind of emergencies; this will force local communities to fend for themselves. In a large-scale emergency (hurricane, flooding, major forest fire, etc), your can't rely on hi-tech!

"I'm not opposed to

"I'm not opposed to technology solutions, but it's important to ask: Who benefits?"
Just so! Who benefits is a problem with our overall economic system, not just agriculture.
Making or keeping farms smaller or using less 'technology' is not the solution to either increasing food system productivity or reducing the carbon footprint of farming. It would not make much of a dent in economic inequality either. Only a radical change in economic ownership systems would do that.

Animal agriculture, particularly industrial animal agriculture, is an ongoing catastrophe for the climate and for biodiversity. Rather than focusing on high-tech farming innovations, Canadian governments need to focus on the giant cow in the room that few want to talk about. To begin with, as former Green MP Paul Manly’s House of Commons motion said, the federal government should (i) phase out subsidies to industrial-scale animal agriculture, including for crops grown strictly for livestock feed, and (ii) revise the Greenhouse Gas Pollution Pricing Act to bring the GHG emissions of the animal agriculture industry under its provisions.
https://www.ourcommons.ca/members/en/paul-manly(89485)/motions/11455701