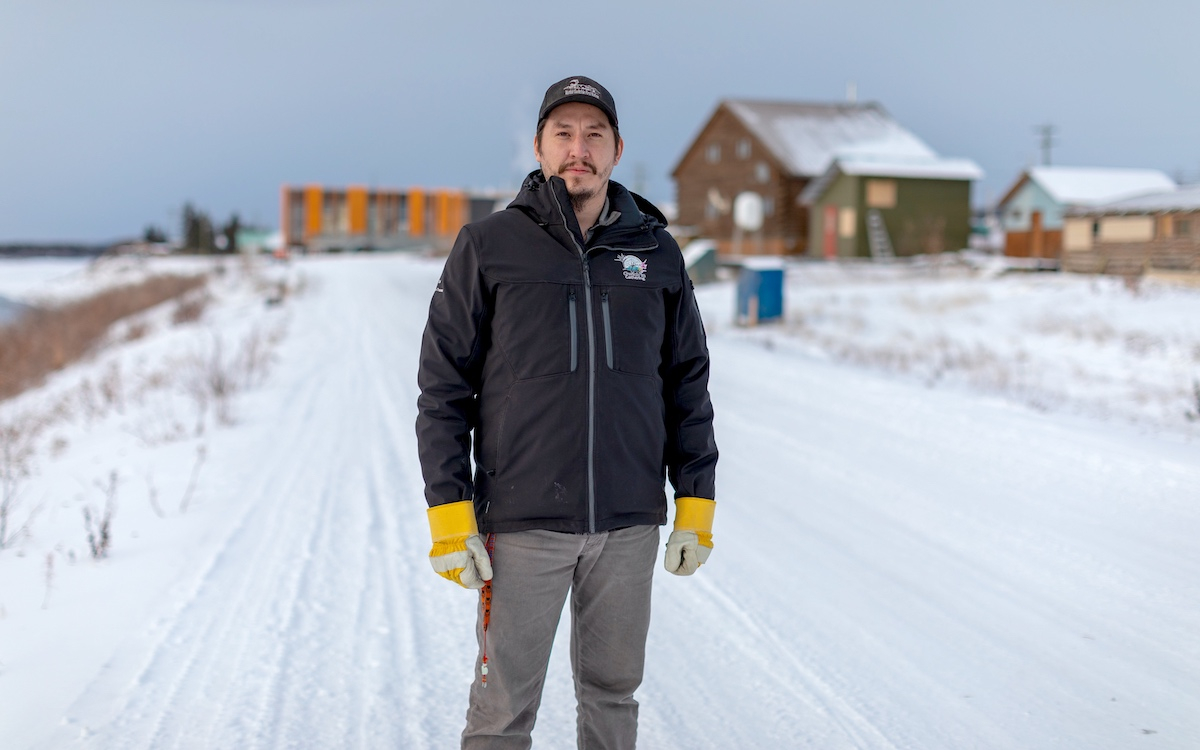 For the first time since the 1970s, silence descended on the tiny, isolated village of Old Crow in Canada’s Arctic in August.

For generations, the community of the Vuntut Gwitchin First Nation in the Yukon, about 100 kilometres east of the Alaskan border, had suffered the incessant drone of diesel-powered generators to meet its electricity needs.

But the fly-in community, 120 kilometres north of the Arctic Circle, was quiet for the first time in decades as the nation brought its solar energy micro-grid online, said Chief Dana Tizya-Tramm at an official COP26 side event Thursday.

“We can now enjoy silence and hear our animals and the crows caw from across our village for the first time in 50 years,” said Tizya-Tramm in a video address to a panel discussing Indigenous renewable micro-grids (REMs) at the UN climate conference in Glasgow.

The Vuntut Gwitchin First Nation boldly undertook one of the largest solar panel projects in Canada’s North as an important step to transition away from fossil fuels to renewables and meet the community’s goal of reaching net-zero carbon emission by 2030, Tizya-Tramm said.

The project’s 2,160 panels maximize solar generation during the long daylight hours of the Arctic’s summer sun. The array ties into a 616-kilowatt battery energy storage system and micro-grid controller, reducing the use of diesel generators by 2,000 hours, or 189,000 litres of diesel fuel annually.

The REM is expected to reduce 680 tonnes of greenhouse gas emissions and meet a quarter of the community’s energy needs.

The Arctic region in Canada and Indigenous people are being impacted by the worst effects of climate change — with temperatures rising at three times the global average.

Chief Dana Tizya-Tramm says the Vuntut Gwitchin First Nation’s solar project encapsulates the UN Paris accord and the hopes and dreams of his people. #COP26 #Cop26xCNO

Under a 25-year electricity purchase agreement with ATCO Electric Yukon, energy generated by the solar project will be bought at rates similar to the cost of diesel generation.

“Our electricity purchase agreement now diverts over $410,000 a year back into our community,” he said, adding the money will be used to fund other renewable energy projects.

“We as individuals across the world cannot simply give our power to international negotiators at any cost,” he said.

“We cannot give our power to CEOs or leaders; we as individuals need to find our identity.”

But getting up and running can be challenging, she said.

First and foremost, trust-building in the community is key to achieving buy-in for any clean energy project, as is incorporating Indigenous land-based knowledge into the development of solutions.

Other critical success factors include identifying community energy champions with knowledge of the area and ensuring the involvement and empowerment of women, Opal said.

Job creation is a priority, and grant applications focusing on community needs around clean water, health or housing are important.

The costs of REMs are still prohibitively expensive, particularly for small Indigenous communities, she said. Another persistent difficulty is maintaining and operating the systems without training community members.

The struggle to get the necessary information or data, such as demand forecasting, makes producing feasibility assessments difficult, Opal said, issuing a call to action to researchers, educational institutions, and policymakers to step up and help overcome hurdles.

The government is making generational investments to help remote communities move off fossil fuels, such as diesel and propane, he told the panel.

The federal government has committed $300 million over five years to help transition rural remote and Indigenous communities to clean energy, he said.

Wilkinson also announced that Canada is investing $500,000 in partnership with the International Renewable Energy Agency (IRENA) to share best practices to help remote communities make the switch to renewable energy across the globe.

“I’m certainly excited that remote communities across our country, alongside Indigenous climate leaders, will be able to share their experiences around the world, and help build capacity elsewhere to promote local ownership and help to drive economic development,” he said.

Eryn Stewart, managing director of ICE, said her messaging to policymakers and governments would be to ensure any REM projects leverage the strength of Indigenous land-based wisdom.

“You can have all the technical advisers you’d like, but there is really no substitute for local knowledge and community energy champions,” Stewart said.

Every community hoping to transition to clean energy should be getting government funds for dedicated positions to facilitate REM projects, she added.

“Because when we talk about the SDGs (at COP26), we talk about these big ambitions and goals, but on the ground in communities, it’s often one person leading those directives, and we need to support them.”

Tizya-Tramm finished by saying the Vuntut Gwitchin First Nation’s solar project encapsulates the UN Paris accord and the hopes and dreams of his people.

The world faces an existential threat in climate change, and Indigenous people around the globe can lead by example with ancient principles of coexistence, he said.

And no community is too remote, or too small, to develop clean energy solutions.

“It’s not too late to return to our communities and empower them,” he said.

“It is not too late to create bold and ambitious projects that move us forward — but we must do so together. This is the message of our lands, our animals, and people.”

So very commendable! The

So very commendable! The world needs the initiative and will that these folks have shown.

I haven't the faintest idea

I haven't the faintest idea what's really going on. It read like a P.R. brochure that says "something good is happening, applaud now", without explaining what it is.

Does this system require maintainers? Who's going to do it? The article astonished me when it said "Another persistent difficulty is maintaining and operating the systems without training community members." What? Why not? Do outsiders have to fly in to repair it every time it fails?

"Under a 25-year electricity purchase agreement with ATCO Electric Yukon, energy generated by the solar project will be bought at rates similar to the cost of diesel generation. "

...that implies to me, but does not clearly say, that the generation system will NOT be community-owned, will be owned by ATCO, run by ATCO, and will be selling the "prohibitively expensive" energy at competitive rates, no doubt because of some subsidy? Can the article explain? It sounds like this is an ATCO project, using subsidized money to provide a feel-good, and the locals are just being used as props.

If it is owned by ATCO, if they're dealing with a big international company, how is that "Indigenous empowerment"?

Maybe all my suspicions are wrong. Write another article clarifying who owns what, what the business deal is, whether government subsidies underpin the whole thing.

I think "Another persistent

I think "Another persistent difficulty is maintaining and operating the systems without training community members" is talking about the broader issues around getting projects like this running, rather than being a comment on this specific place. This specific place MIGHT have that issue, but we have nothing to suggest it.

On this quote,
"Under a 25-year electricity purchase agreement with ATCO Electric Yukon, energy generated by the solar project will be bought at rates similar to the cost of diesel generation. "
I THINK they're talking about a buy-back arrangement when they're producing excess, not that ATCO is selling the energy to them. That's why he then says “Our electricity purchase agreement now diverts over $410,000 a year back into our community”. I'm presuming that even though overall the project doesn't meet all their energy needs, during long sunny summer days it will still produce more power than the community can use.

I'm sorry, how does a "fly in community" sell that power? If there were a power line to the community, they wouldn't need the diesel in the first place, much less solar.

I'm pretty sure that the $410,000 can only be reduced costs of power; there's just no way to export.