By Morgan Sharp | News, Next Gen Insider | November 4th 2021
#57 of 99 articles from the Special Report: COP26: Uniting the World to Tackle Climate Change 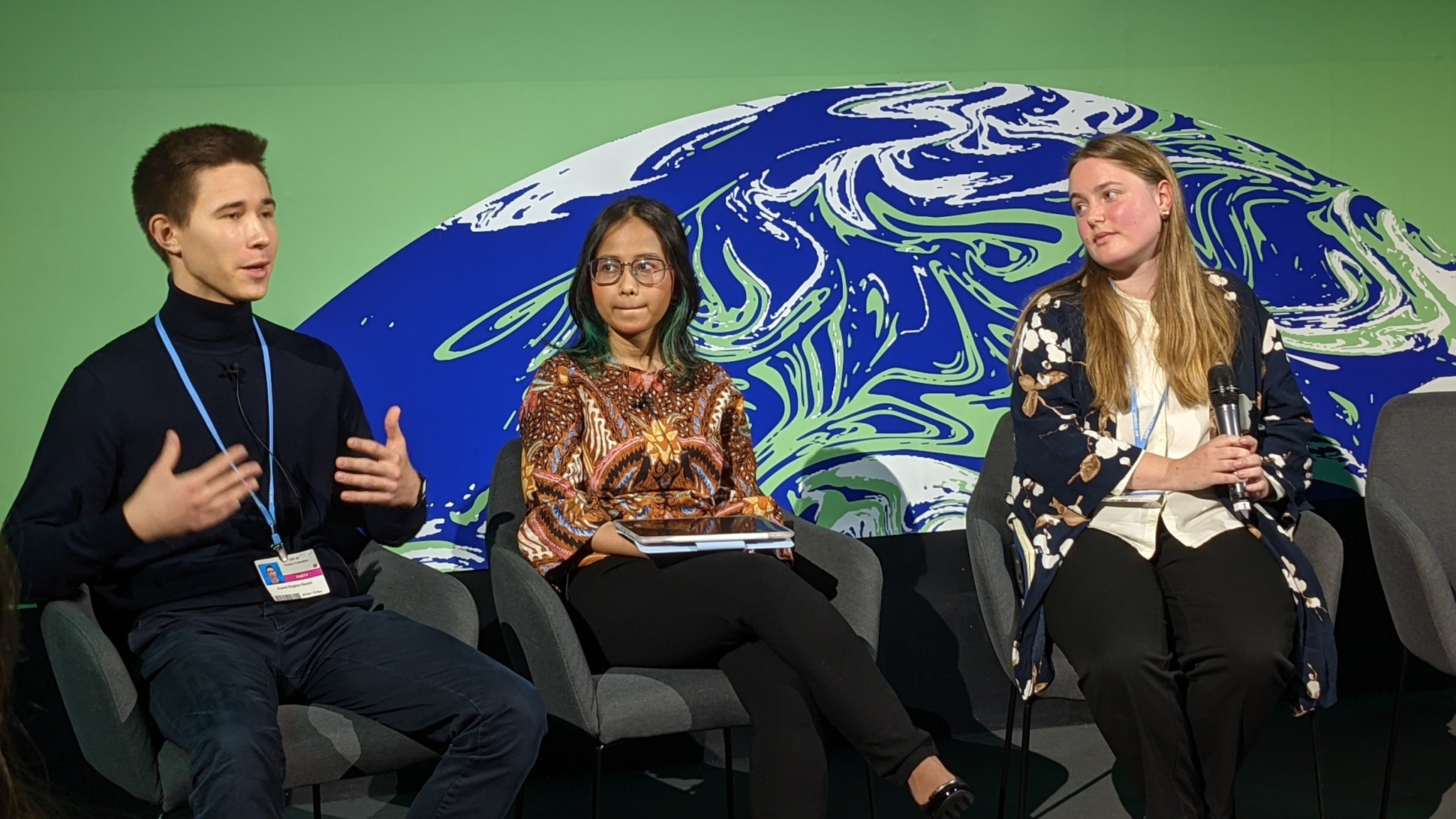 The world of policymaking is fuelled by endless reports laying out data and making a case for change, and now the youth of the world can add their version to the stack.

Student Energy, a Canadian youth-led charity aiming to empower the next generation of global leaders pushing for a just transition to sustainable energy, released results from a major global survey on Thursday that showed most young people want their countries to move much faster on cutting their emissions.

“It’s a real power in numbers moment to put more public pressure in front of these leaders to radically address their timelines,” said Helen Watts, Student Energy’s Toronto-based director of innovation and partnerships.

Watts said she first thought of the concept two years ago while feeling out of place in some UN-run spaces where reports were flying around.

“I had this light-bulb moment that we actually have no concrete global data that reflects what young people want to see for the energy transition,” she told Canada’s National Observer on Thursday following the launch of the outlook.

“It creates this window where it’s too easy for policymakers and decision-makers to ignore or undermine youth calling for change because they’ll make the excuse that they don’t actually know what young people want.”

More than 40,000 young people aged 16 to 30 have so far completed the group’s survey, while Student Energy has also hosted more than 40 discussions to better understand regional details and differences in views.

The majority of respondents want their country to reach net-zero emissions by 2030, the report said, much earlier than the 2050 deadline of the most ambitious governments.

Across all 10 regions the group split the world into, the top choice for how to fund the transition was a tax levied against the producers of emissions, at 46 per cent, while that policy lever was especially popular in Latin America and the Caribbean.

Student Energy, a Canadian youth-led charity aiming to empower the next generation of global leaders pushing for a just transition to sustainable energy, released results from a major global survey on Thursday. #COP26 #COP26xCNO

More than 42 per cent of youth surveyed said they were very concerned about the current energy system’s emissions and another 30 per cent were moderately concerned.

Young people from developing and emerging economies were most concerned, at 89 per cent in Latin America, Southeast Asia, and the Pacific, for example, while that dropped to 65 and 67 per cent in Europe and North America respectively.

Student Energy’s next step is to develop an action toolkit for youth to use to push for change, launching an initial consultation at the UN’s Conference Of Youth that took place in Glasgow just before COP26.

Its report called on countries and companies to commit to a just industry transition by building local innovation systems for industry decarbonization that engages youth, investing in transition skills training for the current and future workforce, and creating pathways for young people to directly engage in policy processes, decision-making and research and development on industry decarbonization solutions.

“It’s extremely valuable to have the results of the work you have done, but it’s just as valuable to ensure that there’s a sustained dialogue on an ongoing basis about how you take some of the learnings and try to implement them into policy,” he said, inviting the conversation with his office, which he said is in the process of creating a youth council.

While younger voters are more likely to support sustainability policies, they are much less likely to turn up to vote.

“Your weight can change the outcome of elections to the extent that you are weighing in to the same extent as people 65 and over, which has not been historically the case over the last couple of years,” he said.

Student Energy’s regional co-ordinator for Europe, Denmark’s Linette Knudsen said having policy spaces for youth to engage is a good thing, but they should include a mandate for change.

“There should be proposals coming out of the dialogue that both the youth and the policymakers can support, and I think sometimes that’s lacking, that sometimes youth engagement becomes a token,” she said.