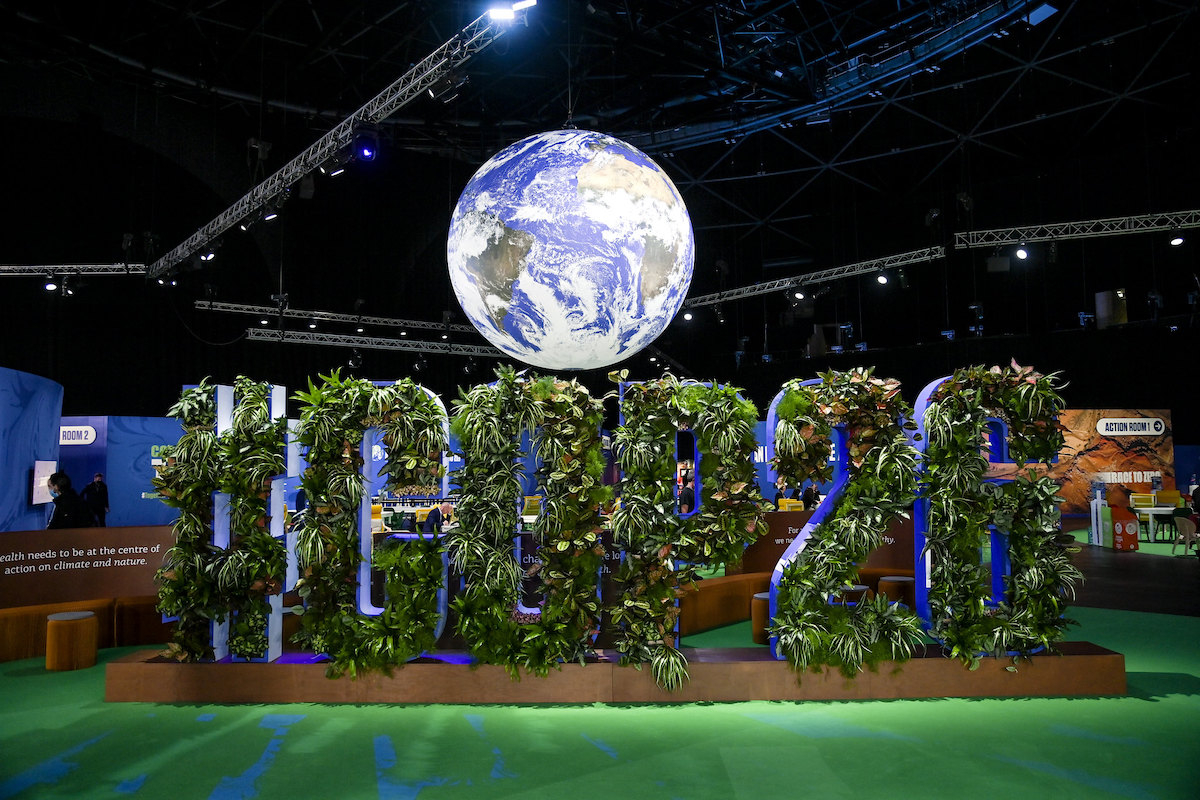 Even though the United Nations climate summit wraps up today, negotiations are likely to go into overtime this weekend as countries remain undecided on what stays in the final version of the COP26 cover decision.

Several of yesterday’s events focused on how cities, regions and built environments can help address the climate crisis, but another hot topic Thursday was loss and damage — a reported sticking point in negotiations between the nearly 200 countries signed on to the Paris Agreement. Developing countries are the least responsible for causing climate change but are already bearing the brunt of climate disasters like hurricanes, wildfires and floods, as well as slow-moving crises like sea level rise. Rich countries, they argue, should compensate vulnerable ones when they experience irreparable harm brought on by the climate crisis.

That the issue shows up in the draft text at all is notable — COP26 president Alok Sharma was “encouraged that the mood music has changed somewhat” in negotiations on the issue earlier this week — but developing countries continue to express frustration over the lack of action from their wealthier counterparts.

“Adaptation and loss and damage continue to remain low on the global climate agenda, despite strong evidence of the devastating impacts of extreme climate impacts and weather events on the African people and economies,” Augustine Bantar Njamnshi of the Pan African Climate Justice Alliance said in a press conference Friday morning, shortly after the release of the latest draft text.

Meanwhile, the language related to fossil fuels — which are being mentioned in official draft text for the first time this year — has been watered down. An earlier version urged countries to “accelerate the phasing-out of coal and subsidies for fossil fuels.” The latest draft walks back some of that call to action, instead pushing for a phaseout of “unabated coal power” — opening the door for coal use to continue alongside technologies like carbon capture and storage — and an end to “inefficient subsidies for fossil fuels,” meaning only some — not all — subsidies would be phased out.

“We need to understand that one more cent in any new fossil fuel project is the investment in our children and their children's destruction,” human rights activist Kumi Naidoo said at a Friday morning press conference slamming the weakening of the draft text.

Human rights activist Kumi Naidoo on #COP26's continued deference to fossil fuels and resistance to phase out. "We need to understand that one more cent in any new fossil fuel project is the investment in our children and their children's destruction. @kuminaidoo #COP26xCN pic.twitter.com/VdXJbMnMAB

Today marks the last official day of the summit, and the events, pavilions and press conferences will come to a close. But it’s entirely possible the negotiations of the COP26 text could carry on through the weekend as countries nail down the final details.

Stay tuned for final updates on COP26 as the conference wraps up its last day here in Glasgow.

Canada to fund forests, farms, and coastlines in climate efforts