By John Woodside | News | November 11th 2021
#88 of 99 articles from the Special Report: COP26: Uniting the World to Tackle Climate Change 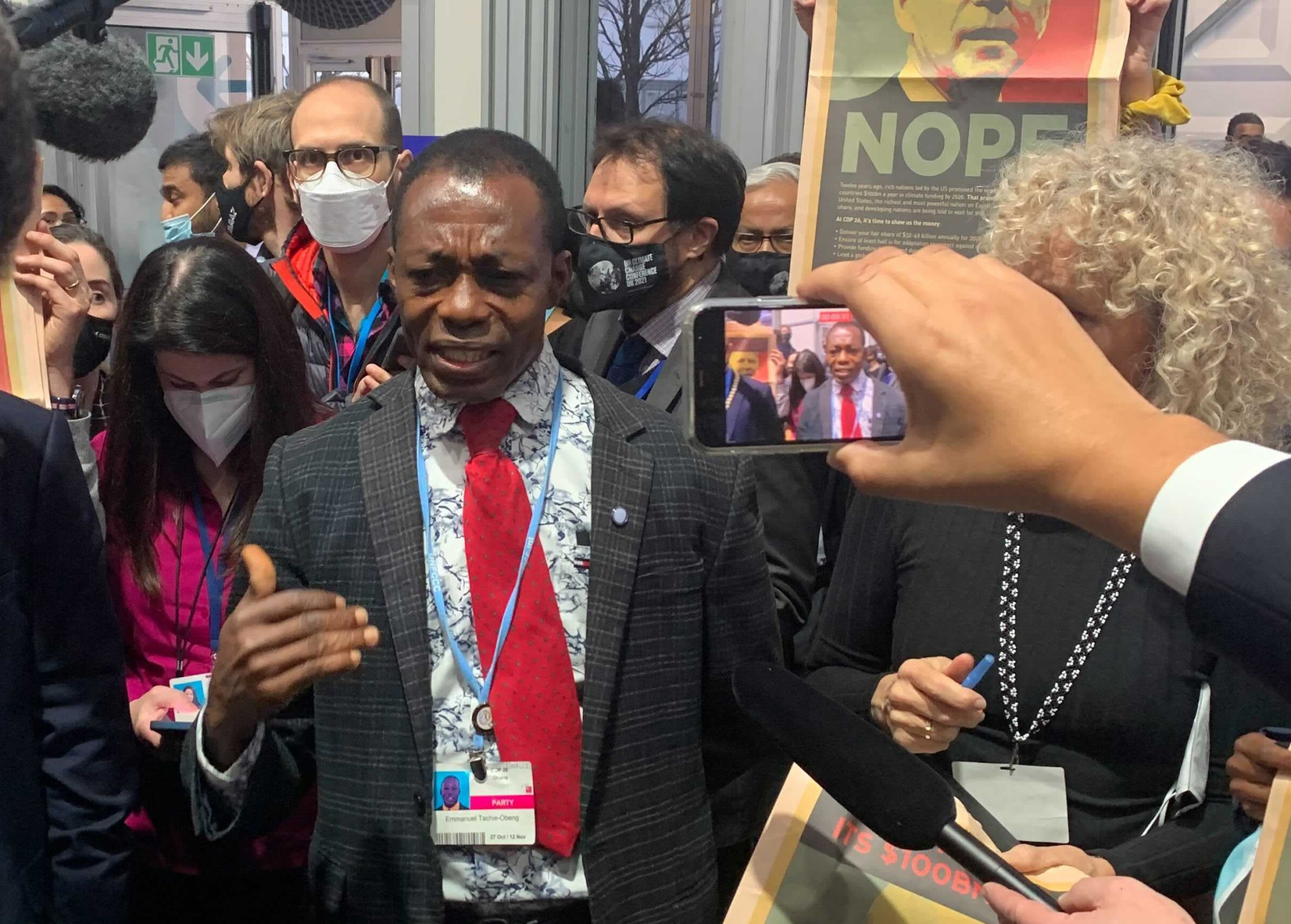 On the eve of the last official negotiating day at COP26 in Glasgow, Scotland, vulnerable countries and environmental organizations called for rich countries to pay what they promised over a decade ago.

Compensation for developing countries to adapt to climate change, deal with damage already caused and pay for a transition to a clean economy was a key commitment when the 2015 Paris Agreement was signed. But the promise to deliver US$100 billion annually by 2020 was broken, and isn’t expected to be met until 2023 at the earliest, developed countries say.

Developing countries have told the UN climate change conference they want to see more cash on the table, recognizing that trillions will be required to fund the transition.

If the money arrives, it will help cover the cost of reducing greenhouse gas emissions, while also bracing for climate breakdown, referred to as mitigation and adaptation respectively. But the countries most vulnerable to climate change also want rich countries, which play an outsized role in fuelling the crisis, to pay for damages.

“Tuvalu is in the front lines of climate change. We are living climate change in our daily lives. We have our land fast disappearing, and our islands are sinking,” said Tuvalu Minister for Finance Seve Paeniu, during a press conference.

Paeniu said Tuvalu is generally a mere two metres above the high-tide line, so the nation is effectively sinking and requires major land reclamation, similar to a project previously undertaken by the Maldives.

“There's proven technology, it's been done successfully, and there's no other option for Tuvalu. We have to raise our land,” he said.

Paeniu said a top concern in Glasgow for vulnerable countries is streamlining access to promised climate financing to ensure the most vulnerable can get what they need.

Germany and Canada were tapped earlier this year to help deliver the minimum annual $100 billion promised for climate finance. But all the two countries could manage was a promise the money would come in a few years.

The delivery plan is based on two scenarios considered by the Organization for Economic Co-operation and Development (OECD). One sees $106 billion delivered by 2023 assuming countries and development banks fully deliver on stated commitments. A second scenario, based on lower than previously assumed private capital investment, would be $101 billion delivered by 2023.

“It is very important we have a facility for loss and damages, (and) so all we're saying is that we should have insurance,” he added.

Canada still working on its plans

Canadian Minister of the Environment and Climate Change Steven Guilbeault says Canada has been “actively engaged” in negotiations over loss and damages, but that it’s not in a position to make a commitment yet.

“Some (jurisdictions) may decide to (finance loss and damages) on a voluntary basis, but the architecture of what it would look like is simply not there,” he said, adding that shouldn’t prevent other governments from doing more.

Scotland, for example, pledged £1 million for loss and damages Monday.

Earlier this year, Canada announced it would double its international climate financing from $2.65 billion to $5.3 billion over the next five years. It also said it would increase the amount of money delivered in grants from 30 per cent to 40 per cent, working out to roughly $424 million being given annually with no expectation of repayment.

“What will be Canada's next number is a conversation that hasn't started,” Guilbeault said. “We just doubled a few months ago, but I agree we need to do more.”

“Sometimes when you ask a question about what we need to solve they think about the end of the road, and how bumpy it is, before building the road,” he said.

It would be better for Canada to make it a priority to fit loss and damages into the discussions of keeping the 1.5 C threshold within reach, Perez said.

“Canada should stop thinking like a developed country, like a financier … (because) at this moment that's not the discussion. The discussion is… how much are you ready to step up?” Pérez said.

Both Paeniu and Tachie-Obeng called for climate finance to be delivered in grants, rather than loans, to avoid predatory lending schemes that have historically held developing countries back.

“If you have loans it's going to make us more impoverished,” Tachie-Obenge said.

A high-level statement published by the Marshall Islands Thursday calls for a fifty-fifty split between mitigation and adaptation funding, and warned the G20, whose emissions make up the vast majority of global emissions, the “world is watching.”

"We will never accept that anthropogenic climate change — which we did not cause — be the basis for a loss of our sovereignty, our sovereign rights, or our maritime boundaries,” the statement reads.