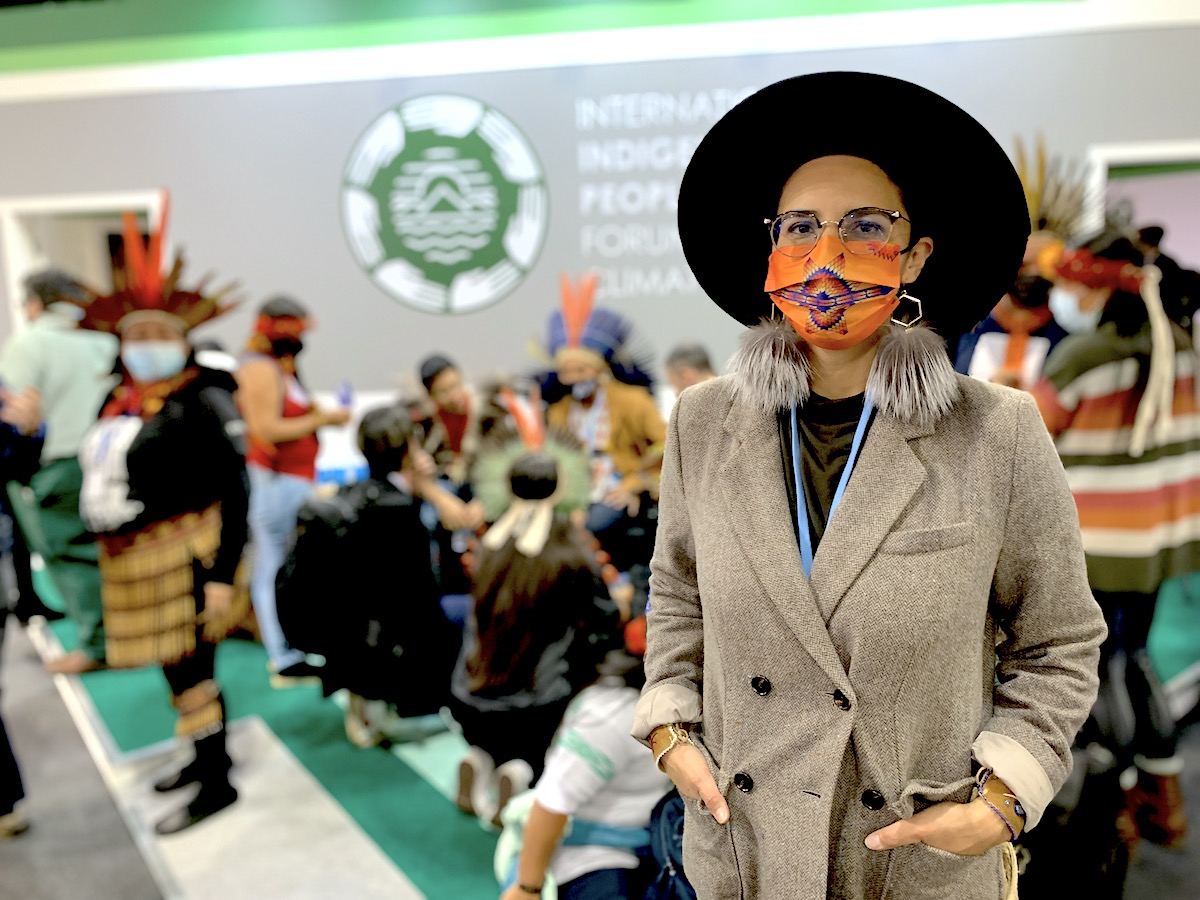 Conserving nature for carbon offsets is potentially a new form of colonialism, say Indigenous coalitions fighting for their rights and real environmental solutions at the UN climate conference in Glasgow this week.

There’s a strong push at COP26 for countries to undertake nature-based solutions, a range of land and ocean conservation strategies aimed at protecting biodiversity and mitigating emissions.

Canada, a member of the “high ambition” coalition, has committed to and championed the 30x30 pledge which aims to conserve 30 per cent of the country’s lands and oceans by 2030.

Protecting Canada’s expansive boreal forests, grasslands and peatlands would capture and store carbon, but the natural solutions being touted at the summit that are tied to carbon offsetting, or other carbon markets, commercialize the environment and greenwash a neoliberal agenda, said Eriel Tchekwie Deranger, executive of the Indigenous Climate Action (ICA), a group working to ensure Indigenous people take a leadership role in the climate change discourse.

Nature-based solutions to tackle the climate crisis need to be tied to the land back movement, said Deranger, a member of the Athabasca Chipewyan First Nation. That means the return of territories to Indigenous people and full recognition of their sovereignty and rights to make all decisions concerning them.

“We desperately need to save the last remaining biodiversity on the planet, but it cannot be commodified and used for credit in carbon accounting,” she said. “We actually need to reduce our emissions, not find ways to offset them,” she said.

Carbon offsetting, in its simplest form, allows people or companies to pay someone to neutralize their emissions by preserving forests, planting trees or some other climate positive undertaking.

However, offsets don’t reduce emissions. And critics argue they are a “false” solution that allows polluters to keep on polluting.

But the push for natural solutions tied to carbon markets at COP26 without explicitly guaranteeing Indigenous and human rights leaves communities and nations vulnerable to new land grabs by those hoping to monetize nature under the guise of conservation, Deranger said.

Indigenous leaders say nature-based solutions to climate change must include them and not make healthy forests and oceans into another commodity that can be bought and sold. #COP26 #COP26xCNO

Indigenous people have advocated living in harmony with nature at climate summits for decades, said Deranger, adding that global leaders have hijacked or co-opted the notion of natural solutions.

“Things like carbon trading of nature-based solutions in the net-zero framework… they continue to support a neoliberal agenda that appropriates Indigenous lands and territories.”

There has been movement forward by Canada and nations at climate summits to recognize and acknowledge Indigenous climate solutions and policies, Deranger said, adding 80 per cent of the world's remaining forest biodiversity is found in Indigenous peoples’ territories.

“The governments are saying, ‘Oh, we'll listen to nature, we've heard your warnings, and we will work with nature to develop solutions — without you,’” she said.

“There still isn’t a full mechanization of Indigenous peoples being decision makers, able to influence (climate) policies, and that leaves the door open for false solutions that further marginalize and oppress Indigenous peoples.”

But the federal government is working hard to change that dynamic, he said.

“If you look at the way we’re developing new conservation projects in Canada, they are, in many cases, Indigenous-led,” Guilbeault said.

In August, the federal government announced a landmark $340 million in funding over five years to support Indigenous leadership in nature conservation.

More than $173 million is being allocated to develop a federal network of Indigenous Guardians — stewards who act as the “eyes and ears” on the lands and waters within their territories.

Another $166 million is destined for Indigenous protected or conserved areas (IPCAs) — vital land, water or Arctic ecosystems monitored or conserved in a manner defined by Indigenous leadership and decision-making.

And in 2020, the Łutsël K’é Dene First Nation won the UN’s Equator Prize, following four decades of advocacy work to protect their land and waters for future generations that culminated in a 2019 agreement with federal and territorial governments to create Thaidene Nëné, a 26,000-square- kilometre protected area between the boreal forest and the Arctic tundra in Canada's Northwest Territories.

Conservation efforts in Canada will involve the full and meaningful participation of Indigenous people, Guilbeault said.

“That’s what we’re seeing going forward,” he said. “So this idea that we would somehow negate this commitment to Indigenous people is simply out of the question.”

The Glasgow conference kicked off with a $1.7 billion promise from countries and philanthropists to help Indigenous peoples and local communities continue protecting rainforests and lands.

While such financial commitments are a step forward it still doesn’t address the fundamental problem that Indigenous and human rights need to be integrated into the agreements and outcomes negotiated at COP26, Deranger said.

“These are the things that Indigenous people within the (UN climate) process have been advocating and fighting for decades,” she said.

“We’re the ones that have thousands and thousands of years of ecological traditional knowledge that can guide the (climate) process in a real way.

“But that would require the colonial state to relinquish power to our communities to make those decisions. And that has not happened.”

Very informative article. On the surface, nature-based solutions to climate change sound positive. This article explains why they may not be. Still, we should pursue them and ensure Indigenous rights over their traditional territories.

It is sad to see that some people/ corporations view nature-based solutions as a way to avoid change, by using them as carbon offsets while continuing to produce GHG emissions. Shame on them!

No one should be able to get

No one should be able to get carbon credit against existing natural carbon sinks, regardless of what land or ocean they are on. We need more natural capture to reverse climate change once we get to net zero.
But that agreed, who, if not corporate polluters, should finance the implementation of additional 'nature based carbon capture schemes'?
Are you OK with them paying a pollution tax to national governments, who could then choose to dole out the dollars to indigenous organizations or others (or not) to implement new schemes that might restore natural ecologies?
Or would you prefer a market based approach where polluters pay [finance] local land owners, e.g. farmers or First Nations in Canada, to cultivate/devise nature based carbon capture schemes?
And would renewable power plants like wind farms qualify for offsets?

More about conservation of

More about conservation of natural areas, also a worthy goal. But most of my climate-reading is going to go to people working on how we make 20TW of power, a billion tonnes of steel a year, move 40,000 container ships around the oceans, all without carbon.