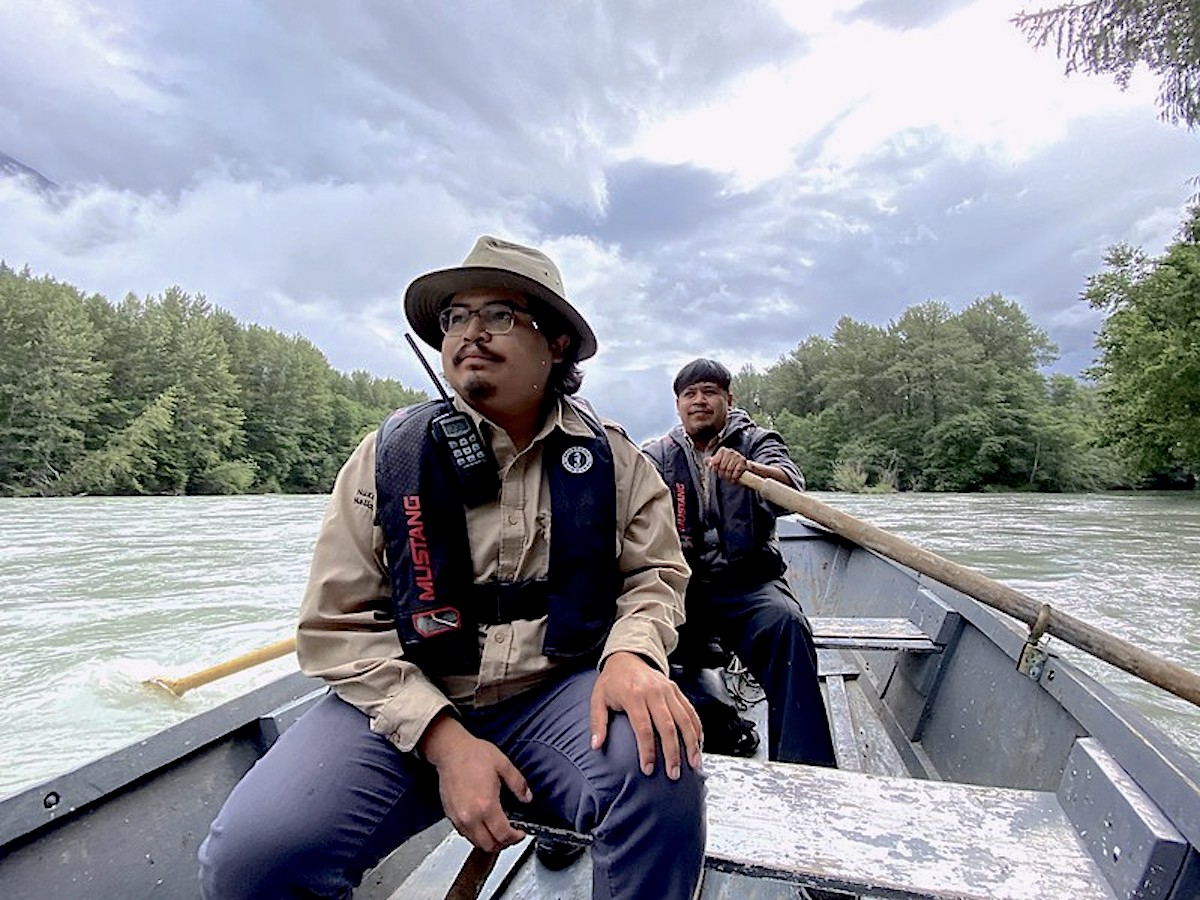 “It scared the crap out of me,” Courtois, director of the Indigenous Leadership Initiative (ILI), told Canada’s National Observer.

“And I think it’s scaring the crap out of anybody who heard about it. At least, I hope it did.”

No longer a distant calamity, the panel’s report indicates the Earth will likely surpass the 1.5 C warming threshold as early as the 2030s.

This summer alone, Canada has suffered flood disasters in the Northwest Territories in May that were followed by a rash of wildfires starting in June, and which continue to tear throughout British Columbia, Courtois noted.

“It’s been an incredible demonstration of climate change this summer,” she said, adding her social media feed was lit up with people at a loss about what could be done.

“The world is dying for a solution,” she added.

But Courtois has hope for a powerful, immediate solution that ensures bold change at a global level and sees Canada achieve its ambitious international climate change and biodiversity commitments.

Indigenous-led conservation and stewardship can act as the backbone for the country’s most ambitious climate action plans, she said.

And Canada made a historic investment in that vision Monday, announcing a landmark $340-million in funding over five years to support Indigenous leadership in nature conservation. The funding builds on an initial $25 million in federal cash for an Indigenous Guardians pilot program in 2018.

“We have been on our land for over 700 generations … and clearly we have learned important lessons around sustainability and natural resource management,” said hereditary Chief Frank Brown of Indigenous guardians' role in Canada's climate targets

“This is the largest single investment in Indigenous land conservation and stewardship in Canada, so it’s absolutely a milestone,” Courtois said.

More than $173 million will go to develop a federal network of Indigenous Guardians — stewards who act as the “eyes and ears” on the lands and waters within their territories.

Guardians — place-based experts who marry traditional knowledge with western science to monitor ecological health, cultural sites and protect sensitive areas and species on behalf of their community and wider society — are already at work across the country responding to wildfires, restoring endangered caribou and salmon populations, and monitoring sustainable industrial projects, Courtois said.

There are already 70 Guardians programs up and running, and a further 25 in development, she added.

Ottawa is also allocating $166 million for Indigenous protected or conserved areas (IPCAs) — vital land, water or Arctic ecosystems monitored or conserved in a manner defined by Indigenous leadership and decision-making.

A number of Indigenous protected areas have been established since the pilot began, including the Northwest Territories’ Edéhzhíe Dehcho, protecting an area of boreal forest twice the size of Banff National Park, or the award-winning Thaidene Nëné, one of the largest protected areas in North America.

Indigenous protected areas, present and future, are able to store enormous amounts of carbon, especially in the boreal forest, which holds up to 36 years’ worth of annual global carbon emissions, Courtois said, adding the vast tract wilderness is also a reservoir of astounding biodiversity.

“We store more carbon in our soils than any other terrestrial ecosystem in the world,” she said.

“So this isn't just going to benefit Canadians. This is absolutely a part of the solution to dealing with climate change and biodiversity loss at the global level.”

It feeds the development of sustainable economies, which benefit individuals and families, and builds on the profound relationship Indigenous people maintain with their land, said Brown, also known as λáλíya̓ sila, who helped lay the foundations for the long-established coastal guardian network that stretches the length of the West Coast.

“The guardian program is a really a current manifestation of our inalienable relationship to the land, and the exercise of our duty as stewards of this land,” he said.

Every dollar invested in a guardian program provides a return of $2.50 in social, economic, cultural and conservation results, an ILI analysis of two existing programs found.

Guardian initiatives will assist Canada’s national and international commitments to conserve at least 25 per cent of its lands and oceans by the end of 2025, and 30 per cent by 2030, while prioritizing species-at-risk recovery, Brown said.

“The federal resources are welcome to support this important work to protect the resources for everybody,” he said, adding guardians are already in the areas that need to be protected.

“First Nations have been witness to the boom and bust of developmental cycles on the West Coast, including on salmon, timber, energy and mining,” he added.

“But we have to consider the impacts to the natural system, and consider the ecosystem services it provides — not just financial gains.”

It’s paradoxical that Indigenous peoples, long excluded and marginalized from decisions around the environment and development in their territories, will be key to meeting the challenges of climate change and biodiversity loss, Brown said.

“We have been on our land for over 700 generations … and, clearly, we have learned important lessons around sustainability and natural resource management,” he said.

“And so, it's the coming together of western science and traditional knowledge to inform how we can move forward to basically deal with the largest challenge that humanity will face.”