By Adrienne Tanner | News | November 9th 2021
#79 of 98 articles from the Special Report: COP26: Uniting the World to Tackle Climate Change 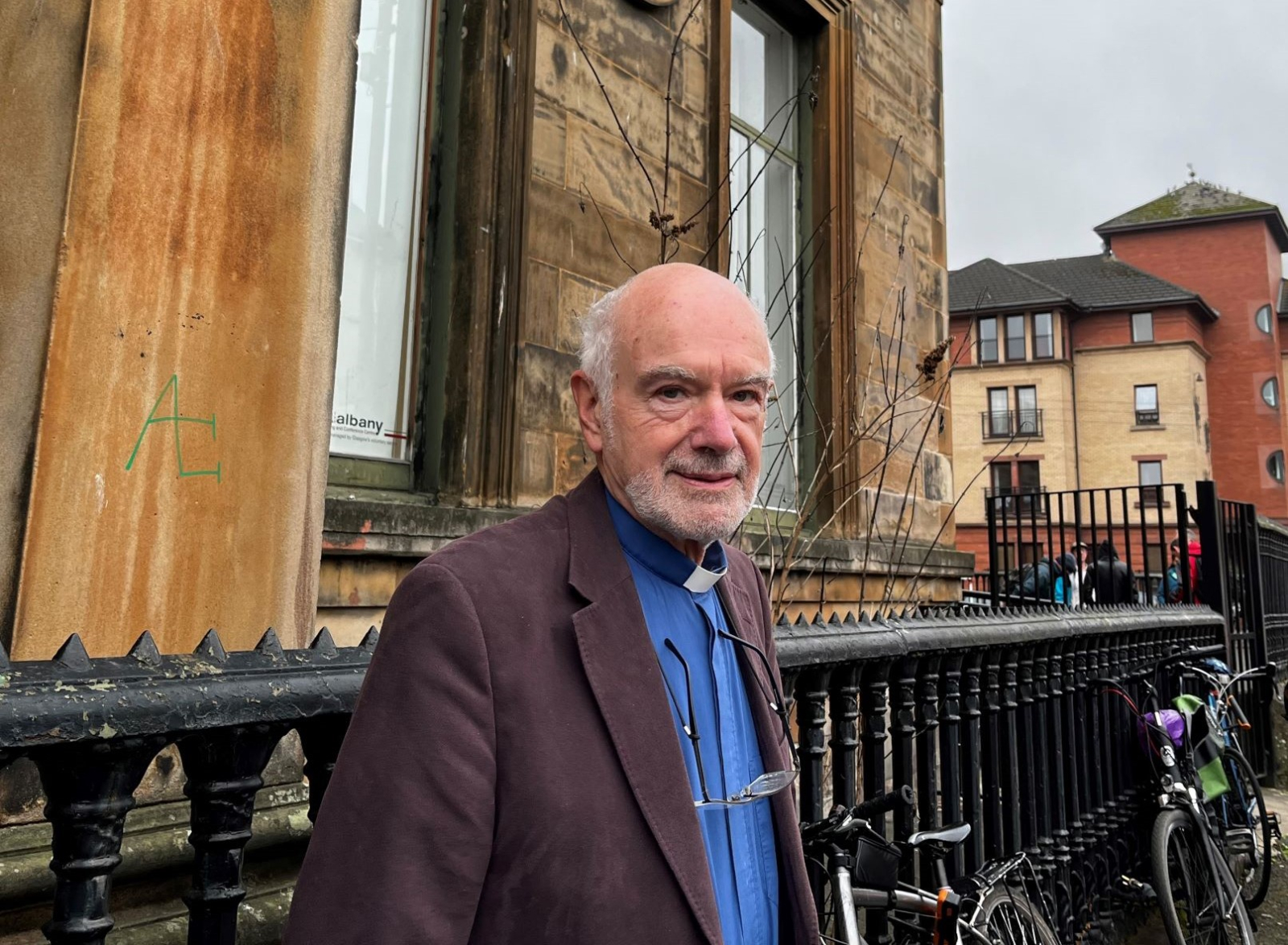 Rev. David Haslam, a well-known British human rights and tax justice firebrand, has this little joke he tells. “I am really worried about the souls of the wealthy.”

“If we are going to save their souls, we’re going to have to take some money off them.”

It drew chuckles from the proudly socialist crowd attending a side event to the UN's climate conference known at COP26 in Glasgow, Scotland, this week. He was part of a panel examining the relationship between the climate and tax justice movements.

As founder of Church Action for Tax Justice, the Methodist minister has waged a lifelong crusade against income disparity. Now he’s turning his attention to climate change and agrees more work is needed to unite climate and anti-poverty tax justice advocates whose interests are aligned.

It’s going to take money and lots of it to solve the climate crisis and taxes for the wealthiest people and corporations are one obvious way to get it.

So why don’t climate crusaders and tax justice advocates work more closely together?

Too often the environmental movement and tax justice movement operate in silos, which waters down their clout, the panelists agreed.

Yet the problems of wealth disparity and climate injustice are inseparable, said Priya Lukka, an economist and lecturer at London’s Goldsmith University.

Lukka said decisions being made in the negotiating rooms at COP26 continue to serve the West and “commodify” green solutions, she said.

Money to disadvantaged countries bearing the brunt of climate change, will be loaned, not given. In the style of the International Monetary Fund, it will continue colonialism, she said. “Power over nature and human life remains in the hands of the political elite.”

The Robin Hood solution to the #climatecrisis. Tax the rich and give to poor countries hardest hit by climate change. #COP26 #COP26xCNO #inequality #taxjustice #carbontaxes #disparity

Even within the organization of the COP26 conference, the division is noticeable. Titans of power meet in the grandiose Scottish Event Campus; panels examining more radical and equitable solutions are relegated to Glasgow’s humble brick community halls. It’s easy to see why people with power want to keep it that way.

Lukka advocates for taxes and reparations at every level; a global tax on profits of the top one per cent, a crackdown on the illicit flow of money to tax havens and most importantly, debt cancellation for impoverished countries.

While much was made of last month’s agreement by the Organization for Economic Co-operation and Development to tax the world’s most powerful corporations 15 per cent by 2023, it’s not nearly enough, said Mariana Paoli, global advocacy lead at Christian Aid, a multi-faith, anti-poverty organization. It won’t be enough to solve poverty. It won’t be enough to solve climate change.

Paoli said she’s disappointed with the lack of traction globally for raising taxes, particularly in light of the COVID-19 pandemic which so clearly highlighted the disparity between rich and poor.

Progressive carbon taxes are getting some support, she noted. But activists of all stripes need to push for much more.

“There is no viable solution to reduce emission on the scale we need without a price on carbon,” which Paoli noted is one of the most equitable.

She cited a 2020 report by Oxfam. The report found the richest 10 per cent accounted for more than half of the emissions added to the atmosphere between 1990 and 2015.

Taxing the wealthy is the only true route to climate justice, the panel agreed. And Haslam said there is nothing wrong with engaging with “well-meaning rich people” to make it happen. There are “patriotic millionaires” engaging with us, he said.

But while it is laudable for philanthropists to donate to pet causes, the state, not individuals, needs to dictate how money for climate mitigation is collected and determine where to spend it, he said. Forcing rich people to pay fair taxes is more important than allowing them to “choose what to do with their money.”

Lukka has a more radical notion; dismantle the existing system so no one accumulates obscene amounts of wealth. The capitalist system produces billionaires, she notes. The last thing we need is billionaires designing “green solutions that aren’t aligned with public interest.”

I totally agree. WE need our

I totally agree. WE need our governments to tax the rich. Philanthropy from the rich will not meet the needs of society. However, governments are afraid to raise taxes.

I understand that one of the intentions of the Potlatch ceremony amongst BC's coastal First Nations was to redistribute wealth (where the host, often a chief would conduct huge give-aways of his wealth/ possessions). How wise....

But this begs the question of

But this begs the question of how the potlatch host [chief] got rich. In essence, it did not change the system, it just lionized the successful individual (family).
To quote: [we need to] " ... dismantle the existing system so no one accumulates obscene amounts of wealth."
On a related point, consumption taxes have hardly any effect on billionaires, if only because it is physically impossible to consume at a level proportional to their accumulated wealth. Elon Musk is a classic example, a person who is [relatively] cash poor to avoid paying taxes but obscenely rich in assets and influence.