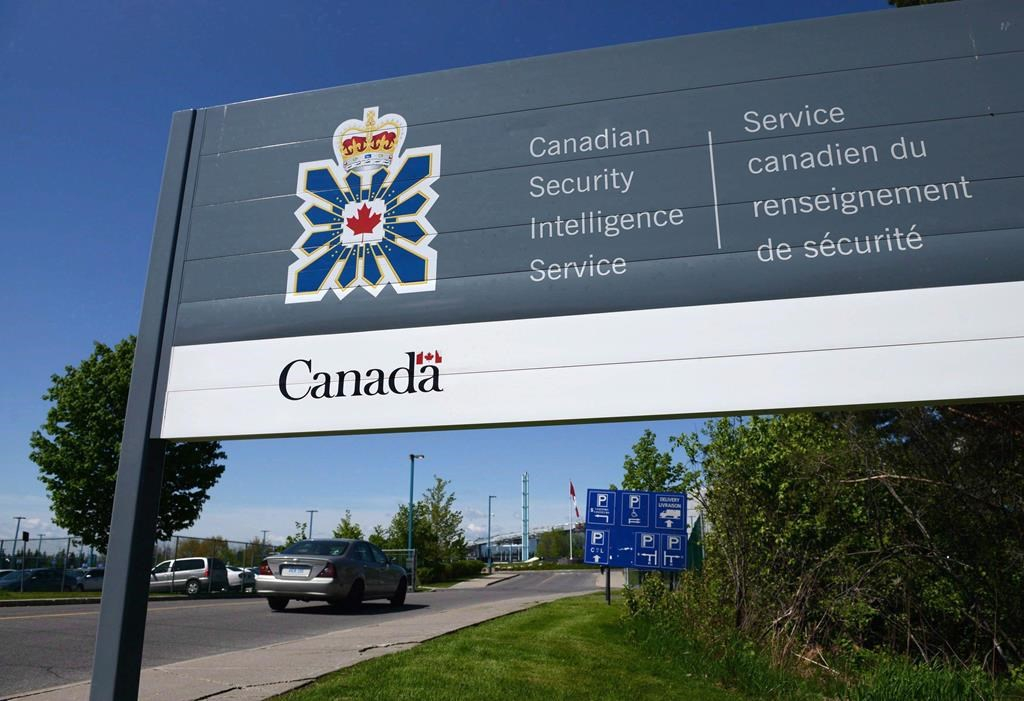 A sign for the Canadian Security Intelligence Service building is shown in Ottawa on May 14, 2013. File photo by The Canadian Press/Sean Kilpatrick
Previous story
Next story

In its findings, the National Security and Intelligence Review Agency points to chronic information-sharing challenges for the Canadian Security Intelligence Service and the RCMP.

The review agency looked at how CSIS and the Mounties worked together on investigating extremists based in Canada, though details of the specific threat were stripped from a public version of the report.

A key sticking point is the perennial concern that use of CSIS information in a criminal prosecution could endanger the spy service's secret sources and methods.

The heavily censored version of the agency's February 2021 review says CSIS's formal disclosures of information to the RCMP on the extremist case were "very limited and not always useful."

"CSIS intelligence has not been shared or used in a way that has significantly advanced the RCMP's investigations."

The need to shield spy sources and methods complicates, and can even jeopardize, potential prosecutions, the report says.

Known as the "intelligence-to-evidence" problem, this shared understanding guides the actions of both CSIS and the RCMP, the review agency notes.

"Indeed, NSIRA observed a general reluctance on the part of both agencies to connect CSIS information to an RCMP investigation," the agency's report says.

"An ordinary Canadian could be forgiven for wondering at a system in which one government agency in Ottawa has amassed a large collection of intelligence on a threat, while across town another government agency — one tasked with investigating and arresting suspected criminals — by and large does not receive and/or believes it cannot use that intelligence. Surely this state of affairs could be improved."

On the whole, the review agency found the two agencies had made "little progress" in addressing the threat under investigation. It recommended CSIS and the RCMP develop a properly resourced joint strategy to deal with the criminal activities related to the threat.

The report says although the findings were specific to the extremist investigation, the review agency had no reason to believe that the probe was atypical, meaning the review "provides insight into the more general state of the two agencies' relationship."

The current framework guiding CSIS-RCMP efforts, One Vision 2.0, has left fundamental issues related to the intelligence-to-evidence problem unresolved and "improvements are overdue," the review agency concludes.

A study of the CSIS-RCMP relationship completed in 2019, the Operational Improvement Review, made dozens of recommendations to foster better collaboration

In a written response to the latest report, CSIS and the RCMP say they support ongoing efforts to make needed changes to improve co-operation and information-sharing.

They say that as a result of the Operational Improvement Review, discussions between CSIS and the RCMP are more frequent and occur earlier in the process, which has reduced duplication of efforts.

The spy service and the Mounties have also agreed to put in place compatible secure communication systems so they can talk more safely to each other about classified matters.

"This complex work, however, is ongoing and challenges remain, particularly as it relates to the issue of intelligence and evidence. These significant challenges will require a whole-of-government approach in order to address."