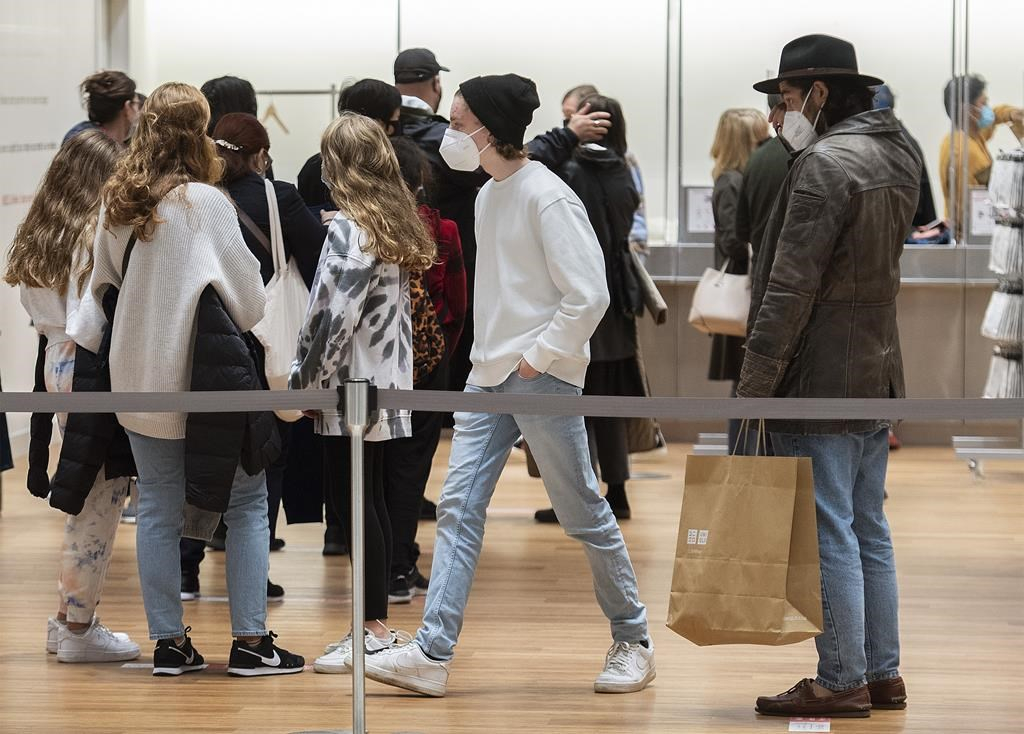 People wear face masks a they shop at a clothing store in Montreal, on Sunday, October 10, 2021, as the COVID-19 pandemic continues in Canada and around the world. File photo by The Canadian Press/Graham Hughes
Previous story
Next story

Statistics Canada is scheduled to release October's inflation rate today, in the shadow of economic warnings that the pace of price growth is likely to accelerate.

The annual inflation rate in September hit an 18-year high when the consumer price index registered a year-over-year increase of 4.4 per cent.

Factors for rising inflation include snarls in supply chains, bumps in prices at the pump and comparisons to lows seen one year earlier.

Many of those issues didn't dissipate through October, and actually worsened in the case of clogged trade corridors, meaning companies selling goods can't keep up with consumer demand for their products.

It's why economists expect today's inflation report to show that price growth grew further between September and October.

BMO chief economist Douglas Porter says he expects to see the annual inflation rate hit 4.7 per cent in October, which would be the fastest pace since 1991.