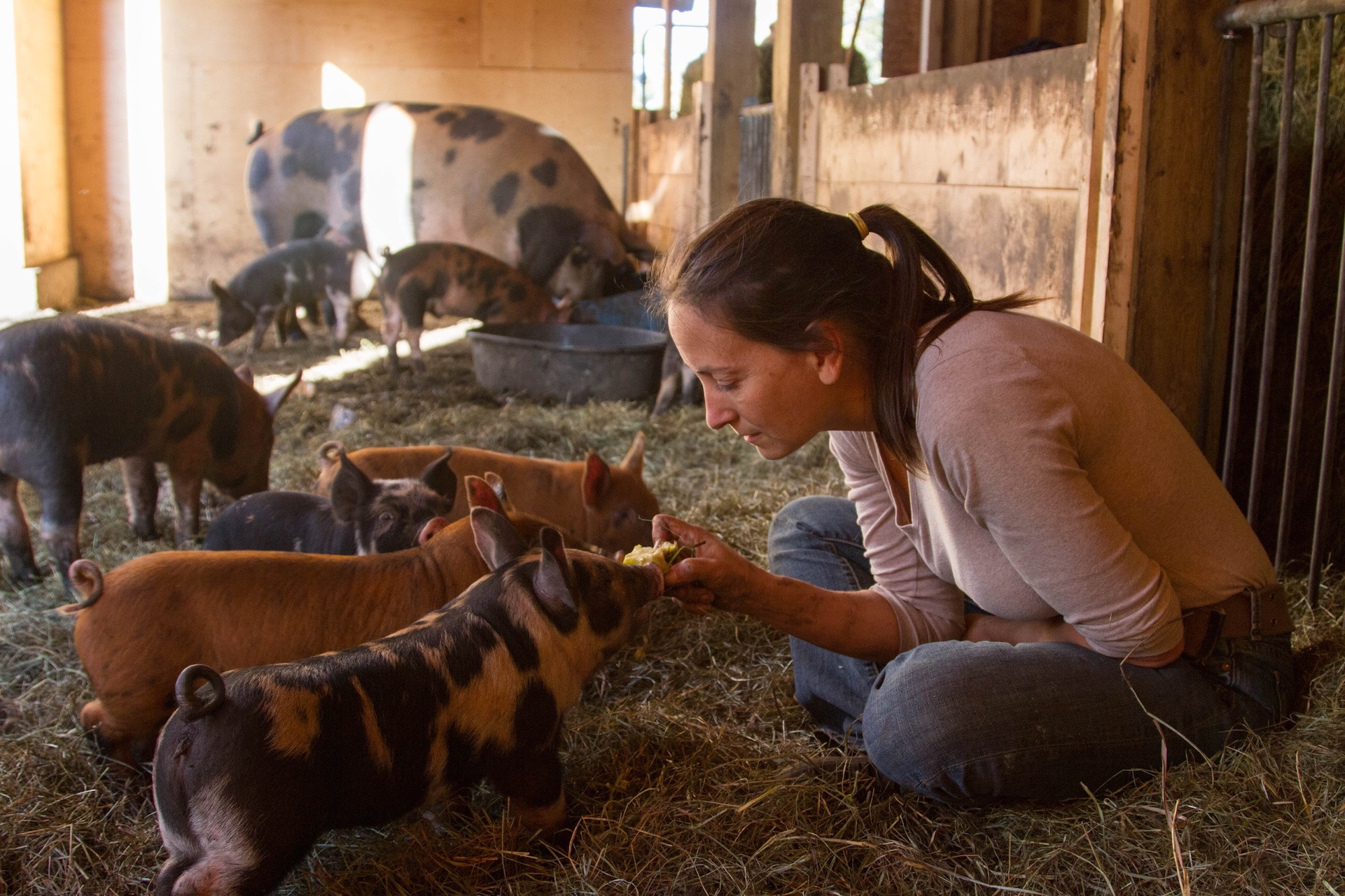 On Wednesday, Julia Smith opened the door to her shop that just hours earlier had been submerged in fast-flowing river water. Stepping gingerly inside, the rancher from Merritt, B.C., saw her meat-packed freezers — the fruit of years of work and her main source of income — floating upside down in cold, feces-filled water.

"It's totally gut-wrenching," she said. "I'm dealing with it one day at a time right now."

Surging waters in the Coldwater River forced municipal officials Monday to evacuate the 7 000-person city and low-lying ranches in the surrounding area. While Smith's farm fell outside the evacuation zone, the shop where she stores and sells her meat is not and was inundated under at least a metre of fast-flowing water.

But with animal feed in short supply because of the flood and the town still underwater, Smith, who also volunteers with local search and rescue, had little time to linger over her losses. She needed to feed her animals — still safe on her farm a thousand feet above the town — and help her neighbours weather the crisis.

Similar scenes have played out across southern B.C. in recent days as the province grapples with an unprecedented storm that flooded Merritt, Princeton, and much of the Fraser Valley under metres of frigid, dirty water. While the floodwaters have started to recede, farmers and officials warn the crisis is far from over as they struggle in the days ahead to keep their herds and flocks alive.

A majority of B.C.'s farms are in the highly fertile Fraser Valley, producing everything from blueberries to tomatoes to milk. Over half of the chicken eaten in the province comes from the region, and its dairy farmers produce roughly 62 per cent of B.C.'s milk, according to a 2020 study commissioned by Metro Vancouver.

"There are probably hundreds of farms that have been affected by the flooding ... and we have thousands of animals that have perished and many, many more that are in difficult situations," B.C. Agriculture Minister Lana Popham told reporters during a press conference Wednesday, the former farmer's voice cracking with emotion.

The province will be helping veterinarians access the animals in the coming days to assess their health and euthanize them if necessary. It is also rushing to supply farms with feed and water before more animals start to suffer in an effort to bolster farmers' tireless efforts to save their herds, she said.

"There was a relatively small group of farmers, maybe 40, that stayed behind and worked seemingly as a team," said Laura Ballance, an Abbotsford resident who lives on a hill overlooking the worst of the flooding. "Overnight on Monday night and Tuesday night, you could see the lights of the tractors (as they) worked together to move the animals out of the area just before it got horribly bad."

"It's totally gut-wrenching. I'm dealing with it one day at a time right now," said Merritt rancher Julia Smith of the floods impacting her community. #BCStorms

Farmers less impacted by the rising waters helped harder-hit neighbours coax cows with boats, jet skis, and tractors to safer ground. Ballance even heard reports of octogenarians stoically helping to save the herds in the frigid water until the floods got too intense and they needed to evacuate by boat or helicopter.

While many of these animals have since ended up in nearby barns on higher ground, countless challenges remain, explained Abbotsford chicken farmer Jill Robbins, who has friends in the dairy industry.

"Everybody took as many cows as they could. But the problem is, these are dairy cows. These animals are used to being (milked) two times a day, three times a day. And now with them all over the place, it's hard to get them on a milking schedule ... and it's very painful for a cow to sit there full with milk for multiple hours."

Even cows that didn't need to relocate pose a major challenge as most farms no longer have electricity, running water, or enough dry feed. These problems need to be fixed soon to prevent further losses, which not only take a huge emotional toll on farmers but also threaten their financial viability and the survival of generations-old genetic lines.

Dairy farmers weren't the only ones hit hard. A spokesperson for the B.C. egg marketing board said that at least 60 egg, broiler chicken, and turkey farms are in the evacuation area, though not all were flooded. Robbins also pointed out that produce farmers — especially organic producers — are likely to suffer since the flood washed away carefully tended soil and contaminated them with manure, pesticides, and fertilizers.

Officials have repeatedly warned people to stay away from the flooded regions. For farmers, walking away from their animals is nearly impossible, said Robbins.

"They care about these animals. They interact with them every day. They've known them since they were babies. For people to say they should just walk away, (it's like) saying, 'Walk away from your children.' I don't think anybody can make those decisions."

Thank you for this article and for expressing how closely attached farmers can be to their animals. It's so sad to see so many farms impacted this way...

And this is a big hit to BC's food security.